Back in September I went along to the Harborough Hoards & History Day that was held in Market Harborough's Town Square. There was a variety of educational entertainment throughout the day, though I only had time to see a couple of the events. The first of these was the LEG II AVG Roman re-enactment group, and after them was a display by the Sealed Knot Civil War re-enactment group.

After the LEG II AVG Roman re-enactment group had finished, quite a few of the crowd moved away, letting me get a bit closer to the display area, so I didn't have to shoot over people's shoulders so much, though of course I still couldn't move about much.

Being a bit nearer, I could also hear the guy speaking (shouting) about the Royalist soldiers, and explaining about their different roles and what they did. It was quite interesting, and with the soldiers there performing demonstrations made it much more memorable. 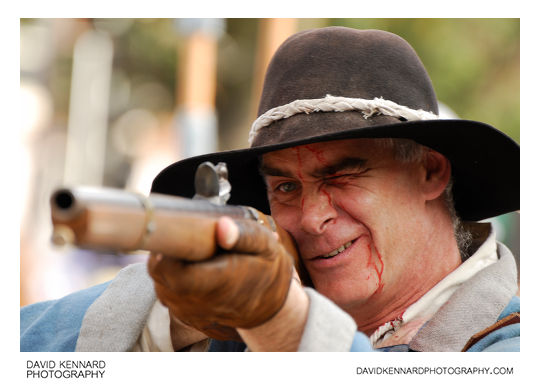 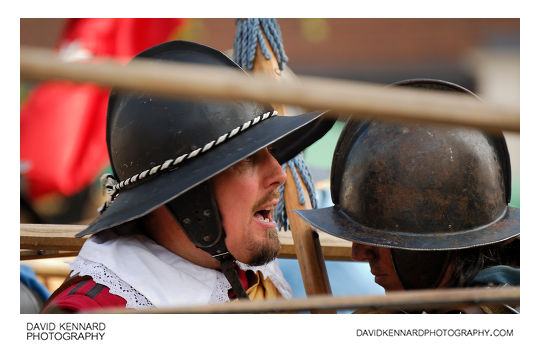 Again though, they really could have done with a microphone, the guy doing the talking actually lost his voice partway through the performance, and someone else had to take over. 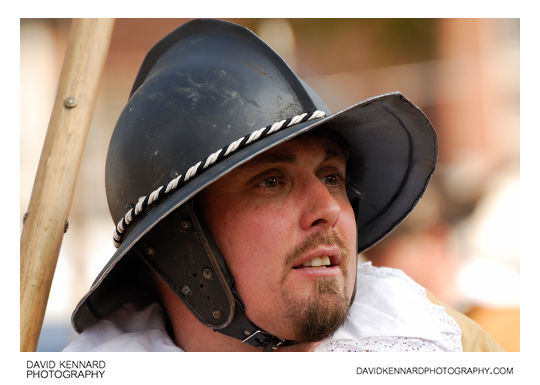 If you're wondering what a Civil War re-enactment has to do with the re-opening of Market Harborough Museum and the Hallaton Treasure, the answer is that Market Harborough was used as the headquarters for the King's Army before their defeat in the Battle of Naseby.

Probably the best bit of the performance was at the end where one of the Royalist soldiers had a fight with a Parliamentarian, which was very well done. Unfortunately, I don't think I had my camera in continuous focus mode, so for most of my shots of this sequence, by the time I'd pressed the shutter down fully, the guys had moved and so were out of focus a bit. 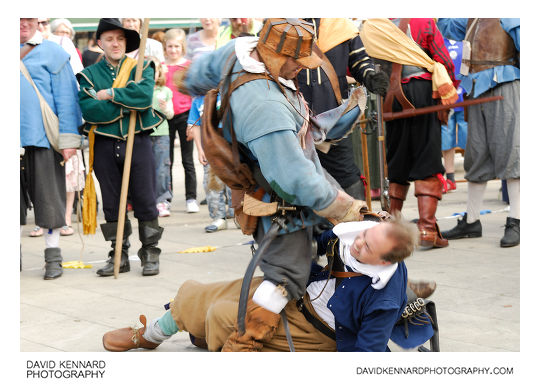 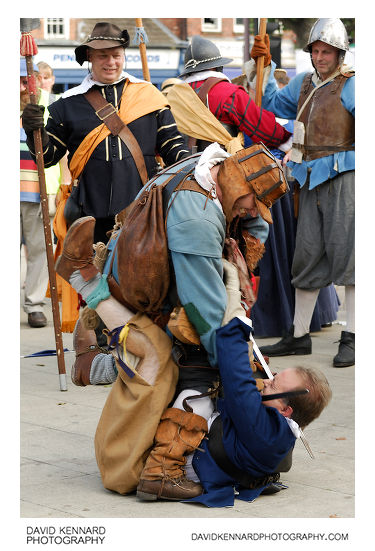 I also had a few other shots that look slightly soft when viewed at 100%, which is either due to mis-focus, or, more likely I think, needing a higher shutter speed (so I should have bumped the ISO up a bit). And again, I had the same problem with the harsh light coming from the wrong direction as I did with the Roman display. 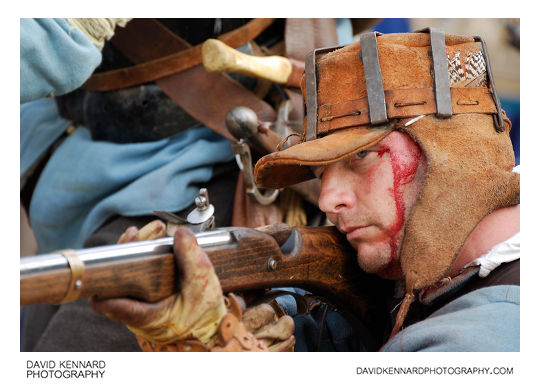 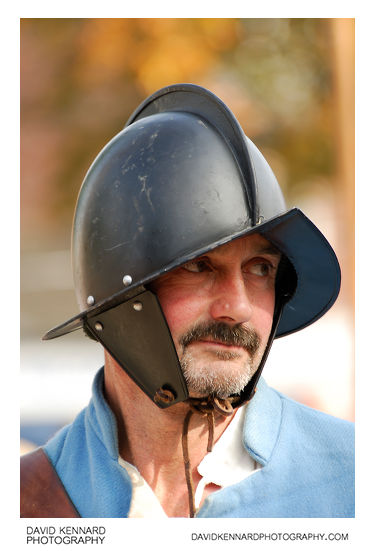 One other thing I think I did wrong was to try and frame the photos so that the tops of the soldiers' hats/heads weren't cut off at the top of the frame. In films I've noticed that they often frame the shot so that the tops of the actors' heads are cut off, and I think that a similar composition (so the top of the head is cut off, but you see a bit more upper body) would have worked better for my photos as well. 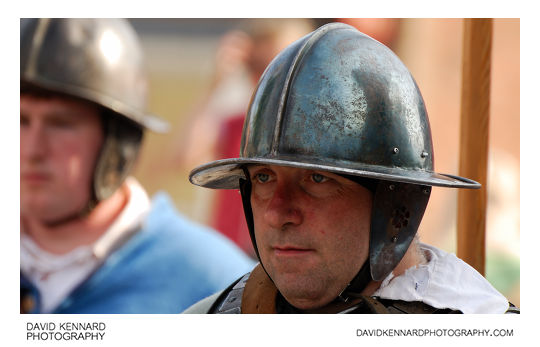 The Nikon 70-300mm/4.5-5.6 VR lens I was using was also a bit on the long side for some shots, as I couldn't fit the soldiers in with their long pikes. I could have changed lenses, but I normally find (and I'm pretty sure it would have been the same in this case) that by the time I've changed lenses what's happening has changed, and I need to change back to the lens I was using originally. Maybe bringing along my other camera with a shorter focal length lens would have been a good idea, so I could easily switch between focal lengths without changing lenses. 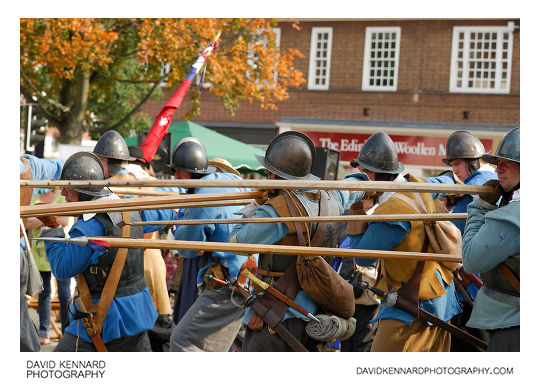 Tags: Market Harborough
Posted in Events, Photos | No Comments »
This post: Harborough Hoards & History Day – Civil War
Last updated 2010/08/18 by Dave Kennard
You can follow any responses to this entry through the RSS 2.0 feed.
You can leave a response, or trackback from your own site.