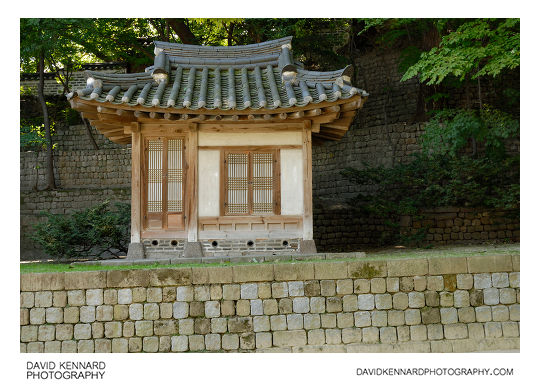 Carrying on through the palace garden we passed this small building called Ungyeonggeo (Hangeul: 운경거; Hanja: 韻磬居). With only one room it is the smallest building in Changdeokgung. It was built by Crown Prince Hyomyeong in 1827, unlike most traditional Korean structures, it was not adorned with vivid paintwork. 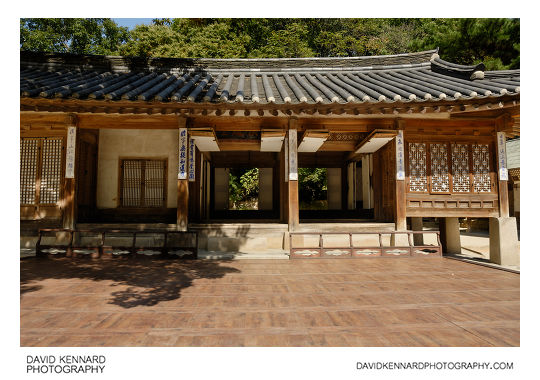 Following the path we come to Yeongyeongdang. Like Ungyeonggeo, this building and the others surrounding it were built by Crown Prince Hyomyeong around 1827 and have a similar style. 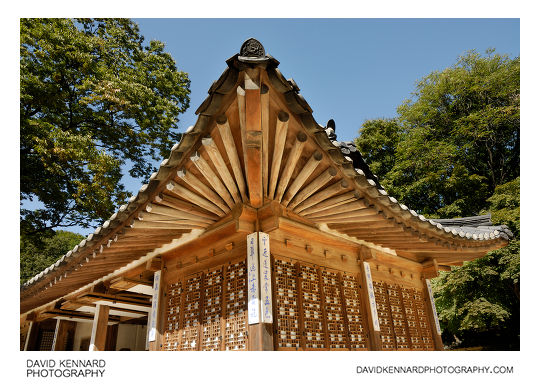 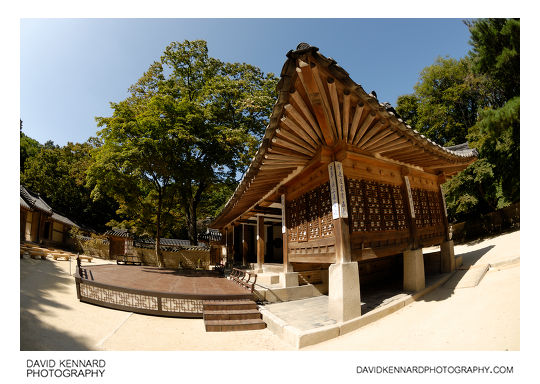 In front of Yeongyeongdang is a stage. This isn't part of the actual building, but is used for performances of a traditional Joseon court dance that visitors can watch. I didn't see the performance myself, but you can see a recording someone else has made on youtube: 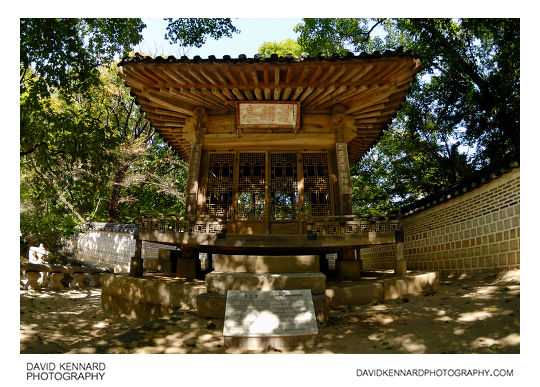 In a raised area near Yeongyeongdang is this small pavilion called Nongsujeong (Hangeul: 농수정; Hanja: 濃繡亭). While I did combine bracketed exposures for this photo, I didn't do a large enough bracket - the bright white highlights on the information board and the wall to the left distract from the main focus of the photo. Really I should have used my tripod and a larger bracket set for this photo. 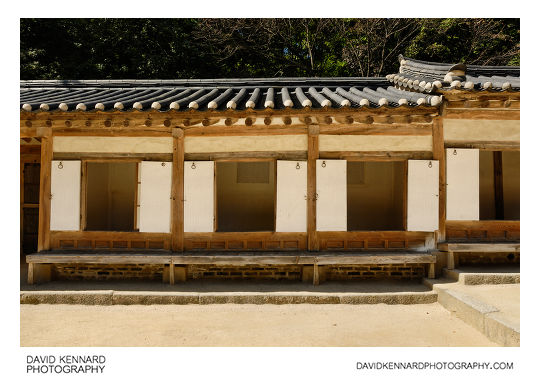 The west of the Yeongyeongdang area is enclosed by this long thin building. 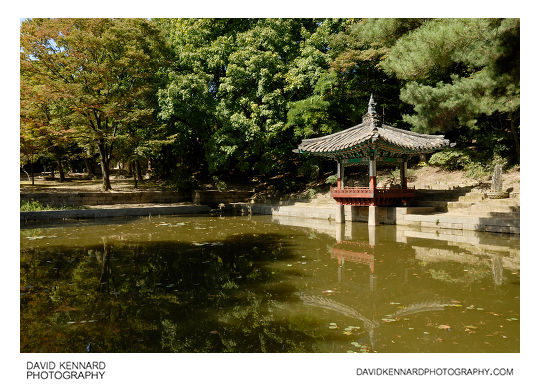 Going back out of the Yeongyeongdang area we came to Aeryeonji (Hangeul: 애련지; Hanja: 愛蓮池), a pond whose name means 'Love of lotuses'. It was given this name by King Sukjong in 1692, who said:

I love the lotus because it blooms with such clean and beautiful flowers, however dirty the water may be, latently possessing the virtue of a true gentleman

At the end of the pond is a small pavilion called Aeryeonjeong (Hangeul: 애련정; Hanja: 愛蓮), which used to be on a small island in the middle of the pond.

Tags: Aeryeonjeong, Aeryeonji, Biwon, Changdeokgung Palace, Jongno-gu, Joseon, Korea, Nongsujeong, Seoul, Ungyeonggeo, Waryong-dong, Yeongyeongdang
Posted in Photos | No Comments »
This post: Korea day 7 pt. 6 – Changdeokgung palace: Aeryeonji and Yeongyeongdang
Last updated 2011/08/03 by Dave Kennard
You can follow any responses to this entry through the RSS 2.0 feed.
You can leave a response, or trackback from your own site.