The most popular area is at the bottom, in Carding Mill Valley. But there is a road going up the Long Mynd from Church Stretton, and a couple of car parks at the top as well.

We went up the Long Mynd in the car and parked in the Shooting Box car park at the top. We stopped partway up though to admire the spectacular view over Church Stretton, now quite a way below. 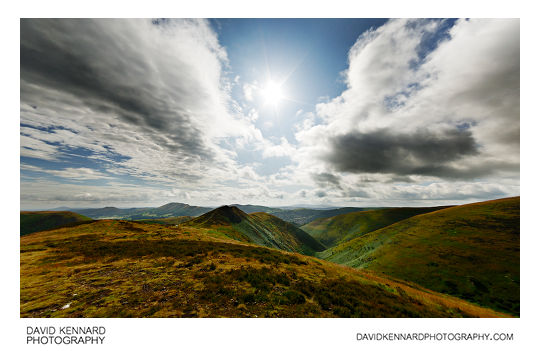 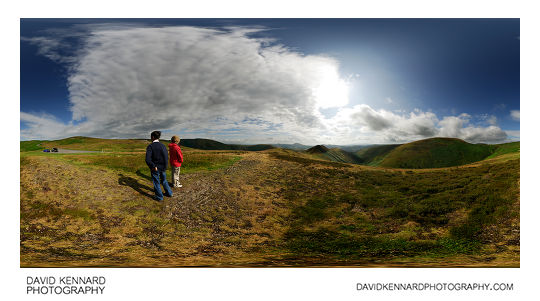 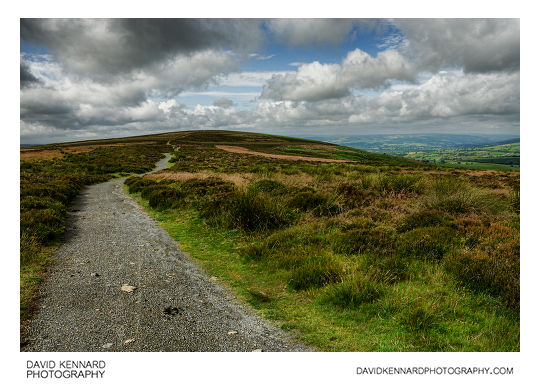 Until we got to Pole Bank, the highest point on the Long Mynd. 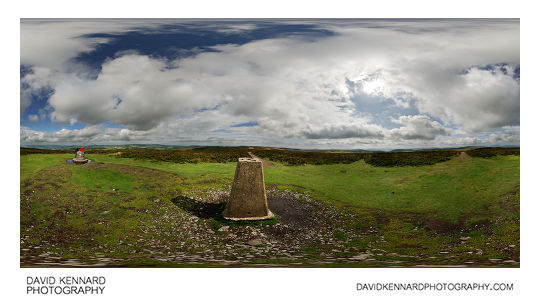 At Pole Bank as well as the triangulation pillar, there's also this interesting big metal disc, with lines pointing in all directions showing the distances and directions to various places. 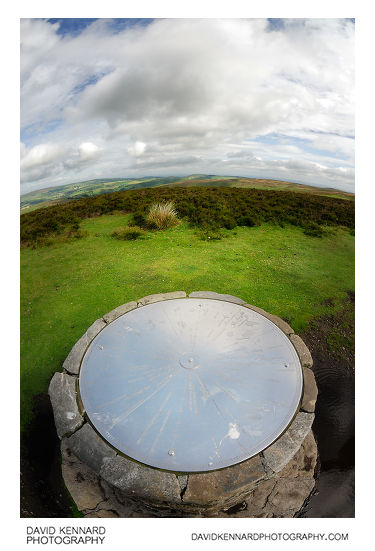 Then we walked back along the path along the top of the Long Mynd. 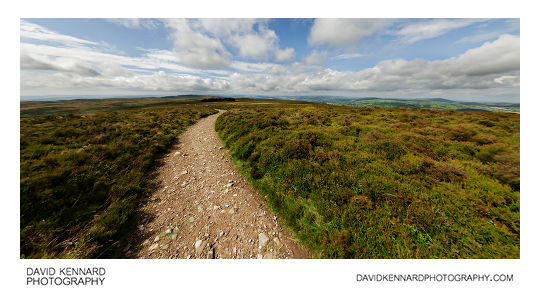 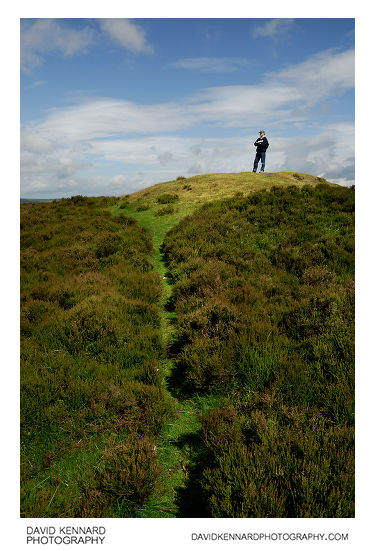 I would have preferred to visit the Long Mynd early in the morning or late in the evening when the light would have been softer and warmer, but you have to work with what you've got. I found that a lot of my photos turned out very flat, so I played with the post processing, trying out different HDR programs and also Topaz Adjust, to try and improve them.

More info on the Long Mynd: Wikipedia, National Trust, Educational information produced as part of Telford & Wrekin's Grid for Learning, in association with the National Trust.

After our walk along the Long Mynd, we went back down the hill to the small town of Church Stretton below.

Tags: Long Mynd, Shropshire
Posted in Photos | No Comments »
This post: The Long Mynd
Last updated 2010/01/28 by Dave Kennard
You can follow any responses to this entry through the RSS 2.0 feed.
You can leave a response, or trackback from your own site.