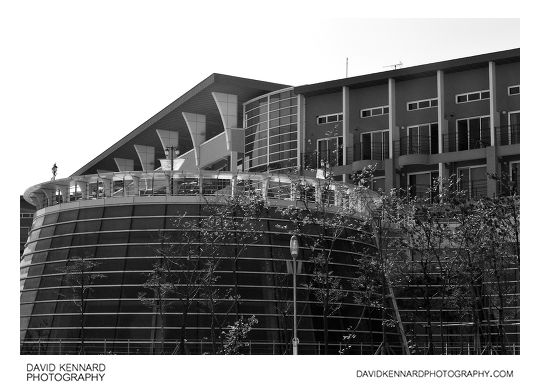 Next the bus drove past the Korail Naksan Training Centre (Hangeul: 코레일낙산연수원). I think that Korail employees along with their families must live here while they are in training, as the complex includes mini golf and a sports arena.

A bit further along, and we cross Mulchi bridge (Hangeul: 물치교), which goes over a river marking the border between Mulchi-ri (Hangeul: 물치리; Hanja: 沕淄里) to the north and Jeongam-ri (Hangeul: 정암리; Hanja: 釘岩里) to the south. Again, you can see the large mountains of the Taebaek Mountain Range in the distance. 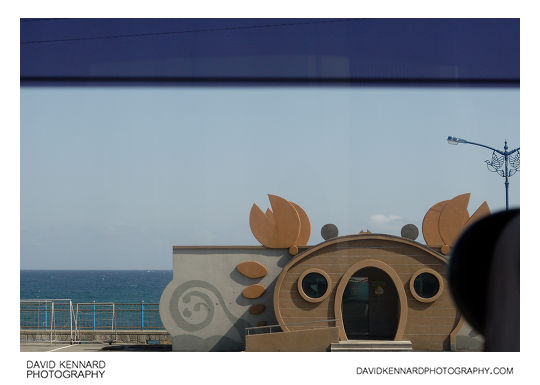 Looking out the other side of the bus, I just managed to snap a shot of this building shaped like a crab (above). 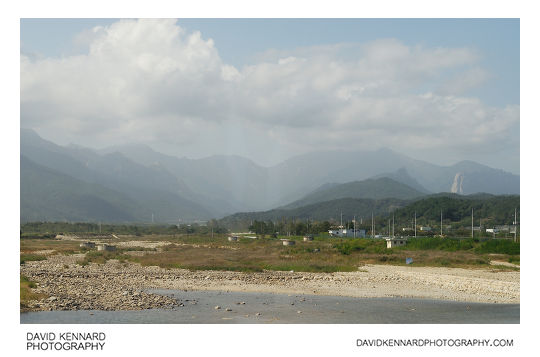 You can see in the photo above that there are various circular concrete structures in the river area, and a small building in the right of the river area. When we were visiting in late summer / early autumn the rivers were pretty dry, but I'm pretty sure the river would be flowing down here quite fast when the snow melts in the spring. So I'm not sure what those structures were built there for? 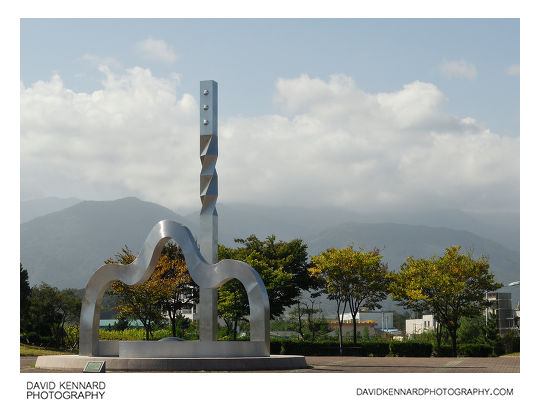 Seorak Sunrise Park (Hangeul: 설악해맞이공원) is located on the coast in south-east Sokcho, and is meant to be a great place to watch the sun rise over the Sea of Japan. The park features a variety of sculptures, one of which you can see in the photo above.

Tags: Daepo-dong, Ganghyeon-myeon, Gangwon-do, Jeongam-ri, Korea, Mulchi-ri, National Route 7 (Korea), Sokcho-si
Posted in Photos | No Comments »
This post: Korea day 5 pt. 5 – Ganghyeon-myeon to Sokcho-si
Last updated 2011/03/15 by Dave Kennard
You can follow any responses to this entry through the RSS 2.0 feed.
You can leave a response, or trackback from your own site.