Sorry I haven't done any blog posts for a while. I'll do an update of what I've been getting up to lately in my next blog post, but just wanted to post a quick pic.

I had an email a week or so ago about a new version of Topaz Adjust being released shortly. I have taken to using Topaz Adjust on my photos quite a bit. Particularly when blending multiple exposures together for increased dynamic range, the image can look quite flat, and Topaz Adjust adds a bit of 'pop' to the photo.

So I was interested to see what tricks the new version has. I have only had a quick play with Topaz Adjust 5, but I liked this painting effect applied to one of my Scotland photos: 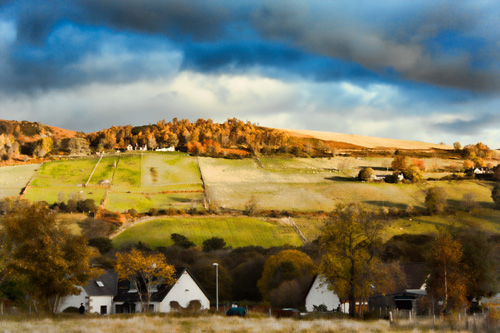 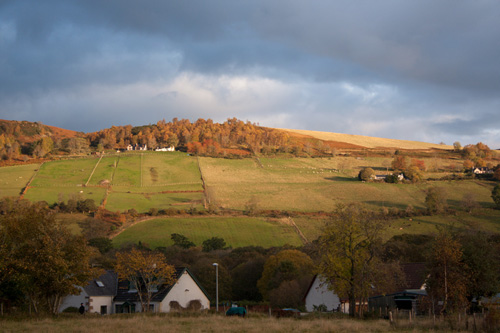 I wouldn't be surprised actually if you could achieve a similar effect in Topaz Adjust 4 by playing with all the sliders, though I did use one new feature of Topaz Adjust 5 - applying multiple effects at the same time. I used the presets 'French countryside', which gives it the painterly look, followed by 'Exposure Color Stretch' with the Adaptive Exposure setting reduced slightly, which boosts the colours.

There are also quite a few other new features in Adjust version 5, though I didn't play with them yet:

To be honest, things like curves and localising adjustments you can do in Photoshop anyway, though I guess it might make things quite a bit quicker being able to do it all in one go from Topaz Adjust. It doesn't seem like a big improvement over version 4 to me, rather a smaller incremental improvement. Not to knock it though, I really like the effects Adjust can produce.

If you want to buy Topaz Adjust, I think they will probably be having a discount when Adjust 5 is released. Usually this gives a discount off not only the new release, but all their other products as well, including the bundle. I'll post it on the blog when the discount code is released. I should also mention that if you purchase after clicking through from my website, I receive a commission from Topaz.

UPDATE: Topaz have now released the discount code for a very generous 30% off: Topaz Adjust, Denoise, Bundle etc. 30% discount code. Just enter the code ADJUSTME when you check out.

Tags: Photoshop, Topaz
Posted in Reviews and info | No Comments »
This post: Painterly Scotland Photo with Topaz Adjust 5
Last updated 2011/11/16 by Dave Kennard
You can follow any responses to this entry through the RSS 2.0 feed.
You can leave a response, or trackback from your own site.