Back from Bavaria – what worked and what didn’t

I got back from a nice holiday walking in the Bavarian Alps about a week ago. I'm afraid I don't really have any photos to show from the trip yet other than one pano I've processed so far. But I thought I'd share my thoughts on how the trip went from a photographic perspective - whether the equipment I brought was useful, and anything I didn't bring that I wish I had.

Here is a photo of the gear I took, click through to Flickr to see the tagged items. (I didn't actually take the C-3PO head - not enough room). 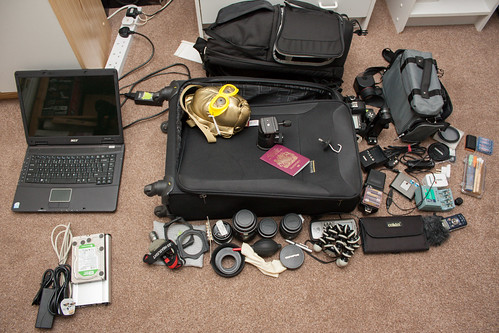 When on holiday in Japan and Korea a few years ago, I used a gilet to carry all my gear. This is just a jacket with big pockets that you can fit lenses and accessories in. A gilet is much cheaper than a purpose designed photographic vest.

However, I found on that trip that I would get quite hot wearing all my gear. And I couldn't just take the gilet off when I got hot since it had all my lenses and accessories in it. Plus, it was quite heavy to carry in a carrier bag.

So, for this trip I decided to use a bag instead. I do like my Lowepro Slingshot 300AW bag that I normally use, but the single shoulder strap puts too much strain on your shoulder when the bag is laden with equipment. This is particularly important if you're going to be out walking with the bag all day.

Doing some research, I found the Lowepro Fastpack 350AW bag looked a good choice. Reasonably large, but also small enough to fit the carry-on requirements of Easyjet (who I was flying with). It also has a side access flap, and can be used like the Slingshot, though not quite as easy to sling round to the front.

In use, I found the backpack was comfortable and worked well, but did give me a very sweaty back.

I also purchased a Strand camcorder shoulder bag. This is a small shoulder bag that can fit 3 lenses side by side, plus a range of accessories. I looked at a lot of different small shoulder bags, and this was the only one I could find that was a good fit for 3 lenses without having extra space.

I guess really it depends on how large your lenses are, but it will comfortably fit my 100mm macro, 50mm, and 24mm lenses. Then I can also stack other lenses on top of the 50mm and 24mm lenses if I want.

For the first few days of the trip I didn't use the shoulder bag, and just took the backpack. But the shoulder-bag and backpack combination do work quite well together. The shoulder bag enables reasonably quick access for changing lenses.

There are a few negative points about the Fastpack 350 backpack though:

Overall, I am happy with the bags I chose to take and their performance.

For focusing I used liveview with a Perfect LCD Viewfinder. Although the camera has a matte viewfinder screen installed, my eyes are just not good enough for manual focus with the optical viewfinder. I find using the magnification options in Liveview much easier. I would normally focus with the lenses stopped down to whatever aperture I was shooting at.

The 100mm macro lens hardly got any use. There were lots of plants, butterflies, and other insects that would have made good subjects for the lens. But I didn't have the time needed for photographing these sorts of subjects.

The 50mm lens I found much more useful than I ever did on my D200. I found it a good general purpose lens.

The Olympus 24mm lens I bought shortly before the trip. Although I already had a Miranda 24mm/2.8 lens, the Miranda lens isn't very good with lens flare. The extreme corners can also have a strong fall-off in sharpness, which I don't particularly like.

Here are two test shots I took shortly before the trip, comparing the Miranda and Olympus 24mm/2.8 lenses: 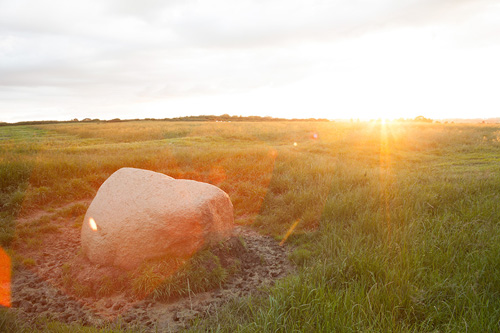 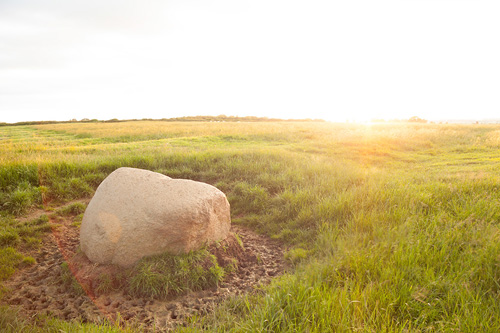 As you can see, the Olympus, while still having some lens flare, handles shooting into a bright light source much better than the Miranda lens.

I did find the 24mm focal length quite useful, though there were quite a few times when I really wanted a wider lens (though not so wide as a fisheye).

The fisheye lens I used mostly just for panoramas. I did also use it for some hand-held shooting inside a church when it wasn't really suitable for setting up a tripod.

Unfortunately I dropped the camera with the fisheye attached on the trip, and the lens hood fell off the lens as the camera hit the ground. The lens now has a scratch and a chip near the edge of the glass - one of the bad points about removing the lens hood from this lens. So far though, I haven't noticed any image degradation. Having said that, I haven't had a good check of the images taken during the trip yet.

I found the fast speeds of the prime lenses good for shooting handheld in the forests, in the late afternoon, and inside buildings. The high ISO capability of the 5D mark 2 also came in handy for low light shooting.

The main problem with using manual focus prime lenses was the time it takes to focus, and the time needed to swap lenses and filters when necessary. Often I would shoot with a polariser attached to a lens when it wasn't needed, or shoot without a polariser when one would be useful, just because it was too much of a hassle to keep attaching and detaching it all the time.

While attaching and detaching a filter might not sound like it takes much time, over a course of a day, it can add up considerably. Most of the time we were also on a "deadline" to try and get back down the mountain before it got dark or the last bus left.

I think in future I might be better served by just having a normal autofocus zoom with a polariser that I can screw and unscrew from that one lens as needed. I wish someone would make snap-on filters though, as I do find screw filters a pain to attach and detach.

Although I brought a flash unit on the trip with me, I never packed it in my bag, which was probably a mistake in hindsight. It would have been useful in the Eishöle (Ice cave) and also on a couple of other occasions when bounce flash from a low ceiling could have been used.

Something I didn't bring, but wish I had, was a small umbrella. I did buy one from a Spar in Salzburg, but that was near the end of the trip, and it didn't rain again after that.

The main reason for an umbrella to stop getting wet. While I don't mind walking during a heavy rainstorm, when you stop walking / exercising, if your clothes are wet you can get cold quite quickly.

The other reason is to shelter the camera so you can shoot in the rain. One night in Salzburg there was a nice storm with plenty of lightning. The shop and cafe lights reflecting on the wet pavements also made for nice potential photos. Unfortunately I couldn't capture any photos as it was too wet. I don't think photos taken with a wide angle lens come out that great when the front element is covered with rain drops either.

One thing that I'd like to improve for my next trip, but might not (due to the cost) is the laptop that I took. Copying the memory cards to the external hard drives was very slow. So a laptop with a USB3 card reader and e-SATA connection would greatly speed this up. A better laptop would also allow previewing images while on holiday. I did have Photoshop and Bridge installed on the laptop, but they were really slow.

About the only image previewing I did on the trip was checking the camera sensor for dust spots every morning. I am sure the 5D mkII is a lot worse at collecting dust than my old D200. Every time I cleaned the sensor, there always seemed to be a few bad spots of dust on the sensor, just they would be in different places between cleanings. I was using the Visible Dust Arctic Butterfly to clean the sensor.

Eventually I would just give up and have to proclaim the sensor as 'clean enough'. I just hope it was clean enough, and I don't have to be cloning dust spots out of all my images.

Memory card wise, I bought a Duracell 600x 16GB card specially for the trip, and I am glad that I did. I also had an 8GB and 2x 4GB Sandisk Extreme IIIs, and an 8GB Datawrite card. The Datawrite card I originally bought for my D200, but it would sometimes corrupt images. I haven't had this problem on the 5D MkII, but it is very slow.

I never ran out of memory card space each day, but nor did I feel I brought too many cards. The Datawrite card went unused almost every day.

The Cokin P filters and filter holders I didn't use at all. The sun tended to set behind a bank of cloud most days. The headlamp, beanbag, and Gorillapod I didn't use either.

So far, this is the only photo I've processed from the trip. It is a panorama of the top level of the München Karlsplatz (Stachus) station. 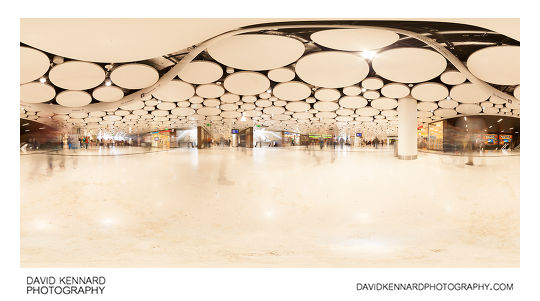 For this panorama, I didn't extend the tripod legs at all, so the position the panorama was taken from was quite close to the ground. I mainly did this as I didn't want the tripod getting in the way of anyone. It required quite a slow shutter-speed at ISO100, hence the blurred moving people. For the nadir, I was going to use an offset nadir technique, since it would be difficult to get a handheld nadir shot.

But just as I was taking the offset nadir shots someone told me that I couldn't take photos there. So the nadir patch is mainly a result of copy-paste and cloning.

As far as I am aware, Bavaria seemed pretty photo friendly. I didn't see many notices saying no photography anyway. A lot of the famous buildings we saw weren't too great for taking photos of though, being surrounded by scaffolding.

People we met were friendly and helpful. I expect many of them were tourists like ourselves rather than locals though.

Well, this blog post is getting quite long now, and I think I've covered what worked well for me, and what didn't work so well. If you have any questions, please send me a message or leave a comment below.

Posted in Reviews and info | No Comments »
This post: Back from Bavaria – what worked and what didn’t
Last updated 2012/07/16 by Dave Kennard
You can follow any responses to this entry through the RSS 2.0 feed.
You can leave a response, or trackback from your own site.