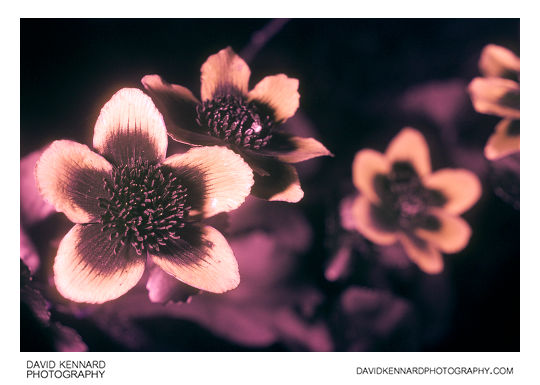 Above is a photo of a Marsh Marigold / Kingcup (Caltha palustris) in ultraviolet. This is the first flower I have actually found that has a strong hidden UV pattern. The flower just looks plain yellow under visible light: 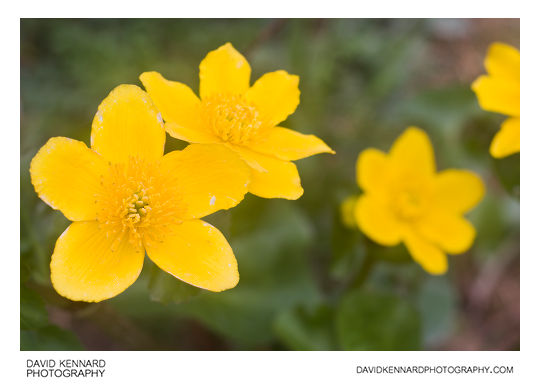 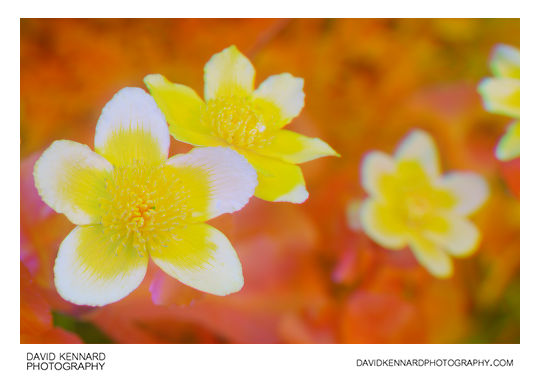 The image shows the colour of the flowers (yellow), the ultraviolet pattern (brighter at the edges of the petals, darker at the centre). And it shows the high infrared reflectivity of the leaves (red leaves).

Below is another multispectral image, this time of a garden primrose flower. This flower is plain orange in real life, it doesn't have any ultraviolet markings. 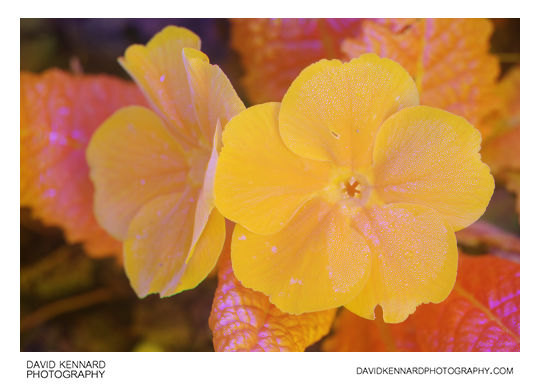 I also created a couple of other multispectral images of this flower, just by changing the way that the UV, IR, and visible light images were blended together. 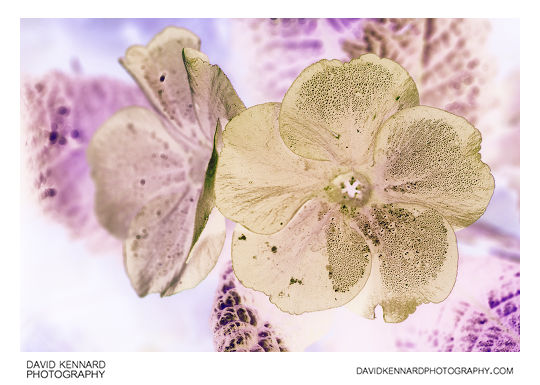 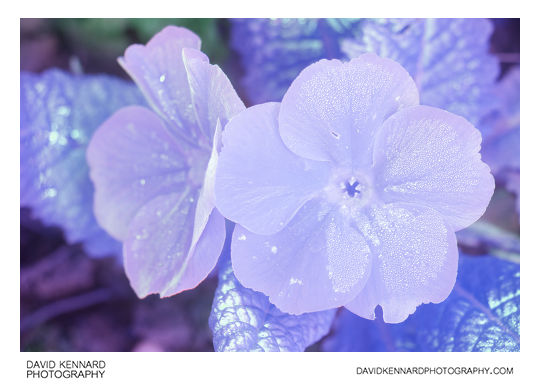 Above is another variation, I'm not sure exactly how I processed it though.

Below is a full spectrum photo of plum blossom. Rather than being a combination of 3 separate photos covering UV, IR, and visible light, this is just a single photo taken with no filters. Due to small amount of natural UV light, and the low sensitivity of my camera to UV, this photo is really just an IR and Visible light photo. 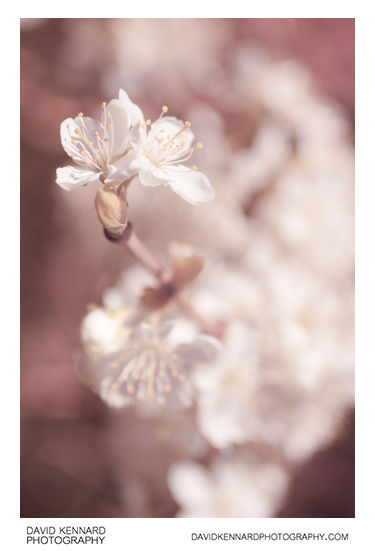 I did take a UV photo of the plum blossom as well, but it doesn't have any UV markings and isn't a very interesting photo.

Dandelions, though, do look different in UV than they do under visible light. The centres of the flowers appear much darker in ultraviolet. 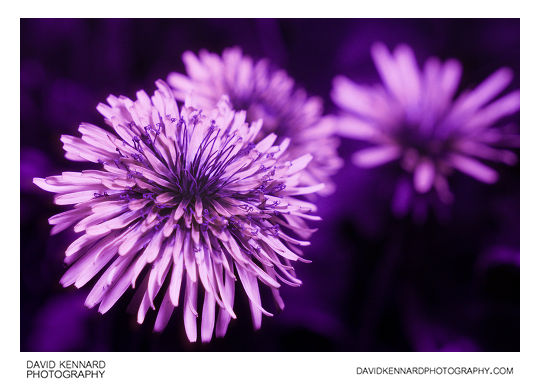 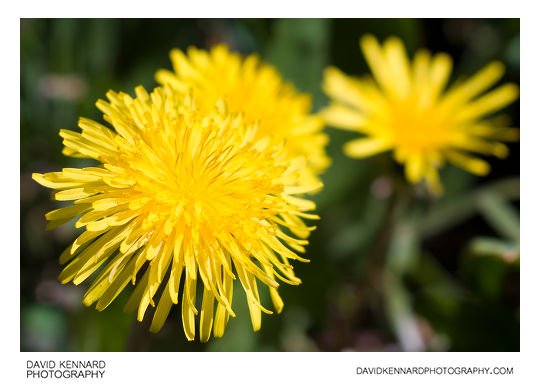 Unfortunately there was too much movement between the different Dandelion shots I took for me to create a multispectral photo of them.

To finish of with, here's a photo of a Wallflower: 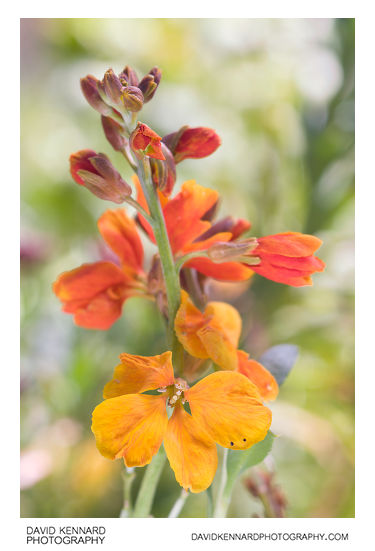 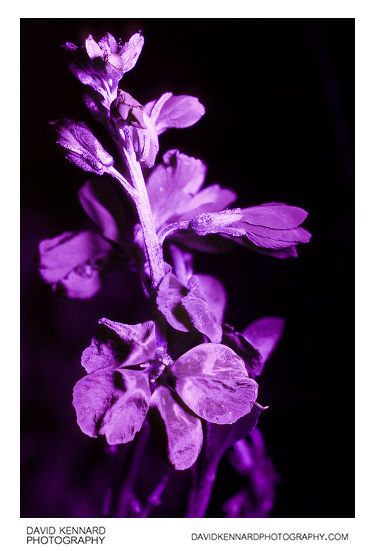 Tags: Flowers, Multispectral photography, UV Photography
Posted in Macro & Close-up, Photos | No Comments »
This post: Ultraviolet and multispectral flower photos
Last updated 2013/05/09 by Dave Kennard
You can follow any responses to this entry through the RSS 2.0 feed.
You can leave a response, or trackback from your own site.