I wrote about the Sonia close-up diopter filters set a while back. I still haven't got round to selling them yet, so I decided to try using them as taking lenses to see what kind of results they would give.

The close-up lenses are designed to be screwed onto the front thread of a standard lens, to enable it to focus closer. But by mounting a close-up lens on the end of a lot of extension tubes, it is possible to take photos with the close-up lens by itself.

I'd previously done this using the two element Raynox DCR-250 close-up filter. That gave pretty decent results. So I was quite interested to see what sort of results a cheap single element close-up filter would give. 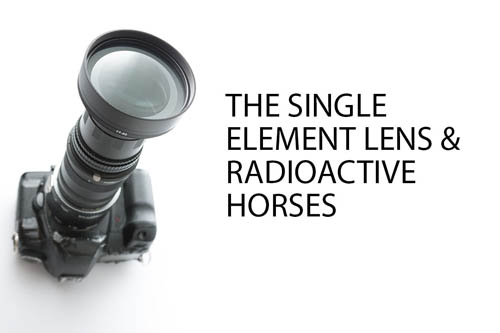 The stronger the diopter of the close-up filter, the shorter its focal length, and so the less extension you require. I first tried with the Sonia +10 diopter filter, which is pretty awful when used as a close-up filter. When used as a taking lens, the result is extremely soft: 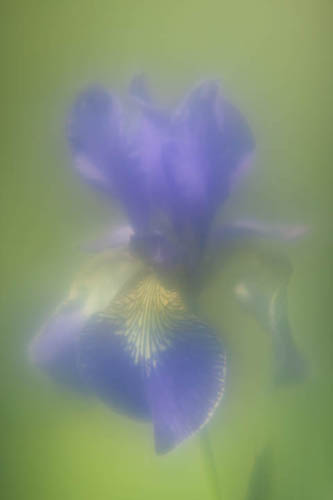 I next tried again but with the lens reversed. This seemed to require more extension to get the lens to focus close enough for a similar photo, and required the tripod be moved back a bit. i.e. the lens has a longer focal length reversed than it does the right way round. 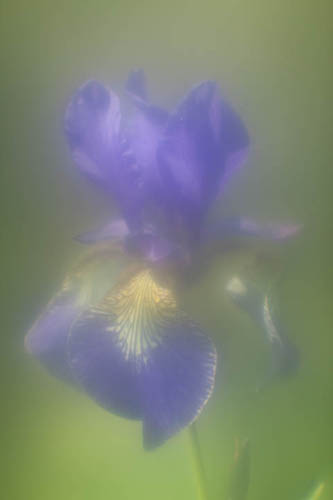 I wanted to try the +4 diopter lens next, but the amount of extension required for a close-up was greater than I have available. So I went out to a local field to photograph the horses instead. 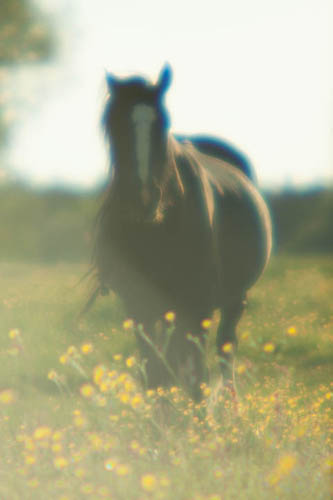 As you can see, the +4 close-up lens is also extremely soft. A blue halo surrounds areas of high contrast. Converting to Black & White removes the colour distraction of the halo. 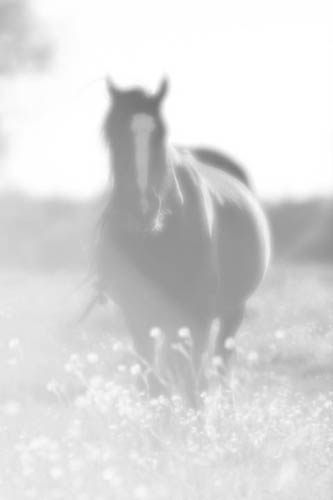 Because the image is very soft, it is extremely difficult to focus accurately. 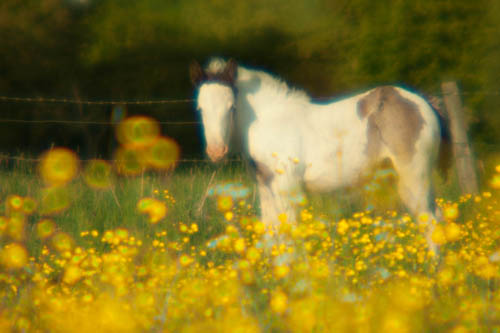 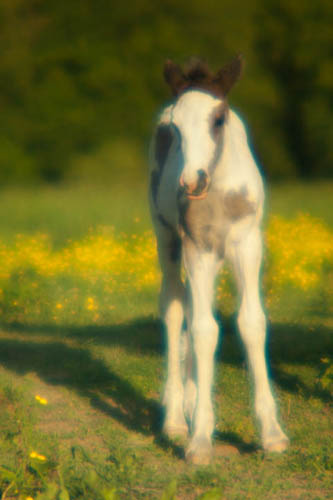 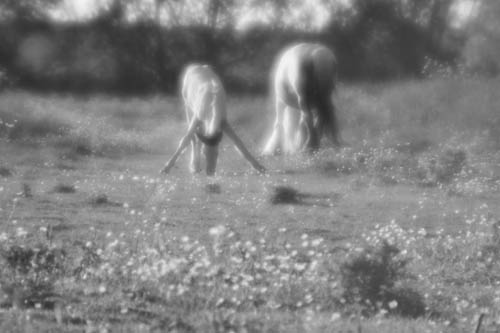 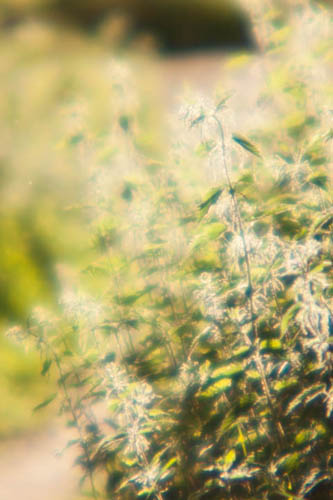 Here's a look at the setup used for taking these photos: 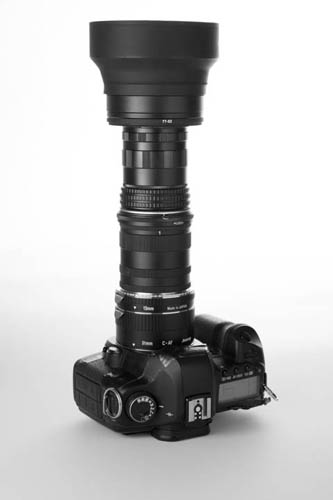 From the bottom up it consists of:

Hopefully I'll actually get around to selling my Sonia close-up kit soon. I have better performing close-up filters, and used as a taking lens the Sonia lenses aren't great either. They certainly give a soft focus effect and a strong glow to bright subjects. But I don't find the blue colour of the glow pleasing, and the softness is too extreme for my tastes.

Tags: Close-up diopter filter, Soft focus
Posted in Reviews and info | No Comments »
This post: The single element lens & Radioactive Horses
Last updated 2015/06/22 by Dave Kennard
You can follow any responses to this entry through the RSS 2.0 feed.
You can skip to the end and leave a response. Pinging is currently not allowed.