Prior to this summer I had never seen a Silver Y Moth before, but I saw quite a few Silver Ys this year (either that or I saw the same indivdual lots of times). A couple of times I found one in the house, and so tried to get some 'studio' shots of it. 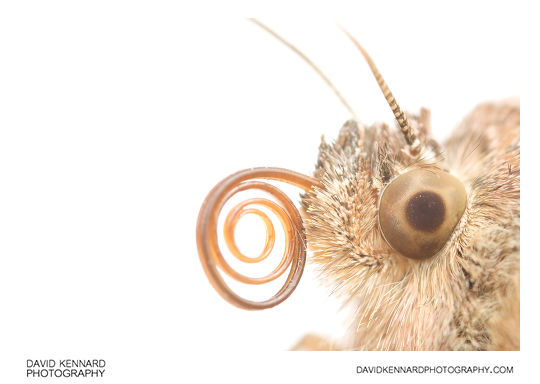 Unlike most moths, the Silver Y is a day flying moth (and also a night flier), so trying to get it onto a piece of paper and maneuver it into a position suitable for a photo didn't work too well, as the moth would just fly away. I did eventually manage to get a number of 'studio' shots of the Silver Y moth by putting out a teaspoon with honey, which it then stood on and supped away at the honey. 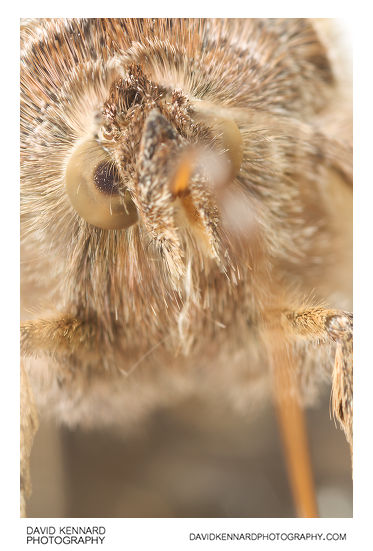 The Silver Y, or Autographa gamma, to give it its scientific name, is named after the distinctive marking on its wings that looks like the letter y or Greek letter γ (Gamma). While the marking is distinctive, it is not exclusive to the Silver Y. The Scar Bank Gem (Ctenoplusia limbirena) has a very similar marking, and the markings of the Scarce Silver Y (Syngrapha interrogationis), Plain Golden Y (Autographa jota), and the Beautiful Golden Y (Autographa pulchrina) can sometimes form a y shape (though not always). Unfortunately I don't have any photos of those moths 🙁 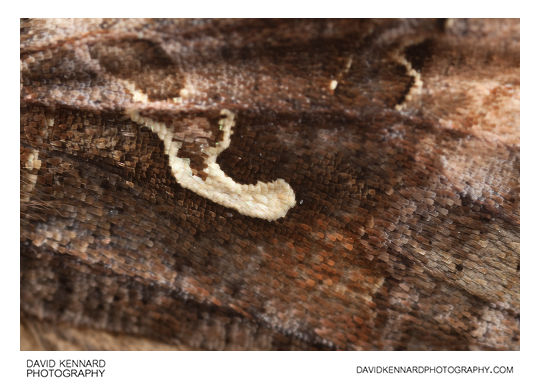 Rather strangely, one day I took 2 photos of a Silver Y feeding on Marigolds, and in both shots the Silver Y is just taking off. I have heard that if you have your flash in E-TTL mode, the pre-flash can cause the moth/butterfly to jump, so they are just taking off during the actual photo. But in my case I was using Manual Flash, so there was no pre-flash. 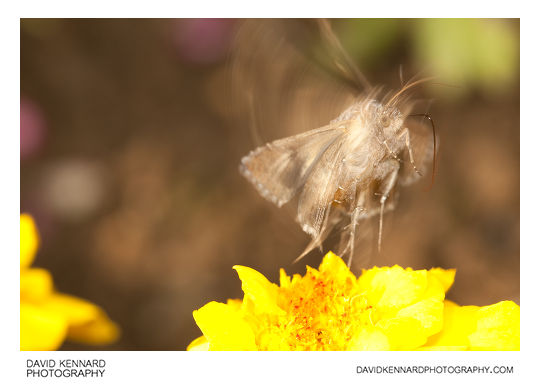 Either getting the two shots of the Silver Y taking off was co-incidence, or it must have heard the shutter opening and got spooked, but that would be an extremely quick reaction time. If you're wondering how I can be sure that the flash wasn't in E-TTL mode (where it would have fired a pre-flash), I checked the EXIF using ExifToolGUI, and in the Maker Notes section the value of 'FlashBits' is 'Manual, External' (plus I don't use E-TTL with the MT-24EX flash anyway).

Unfortunately the Silver Y feeds and moves on from one flower to another very quickly, making getting any shots of it where it's not sitting on a spoon eating honey quite difficult. Hopefully I will see them again next summer and be able to try and get some 'environmental' shots.

Tags: Autographa gamma, Moth, Silver Y, Video
Posted in Macro & Close-up, Photos | 2 Comments »
This post: Silver Y Moth (Autographa gamma)
Last updated 2010/01/28 by Dave Kennard
You can follow any responses to this entry through the RSS 2.0 feed.
You can leave a response, or trackback from your own site.