There are a number of regular performances that they hold at the Korean Folk Village, with each event being held twice each day. The performances are:

The only event we saw while we were there was the Equestrian Feats, which was very enjoyable to watch. The event started off with them doing a sort of synchronised horse dance to music. 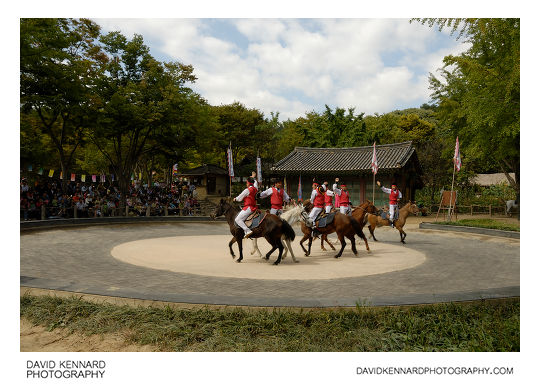 Then a couple of riders went round the circular arena and showed off some fancy riding. 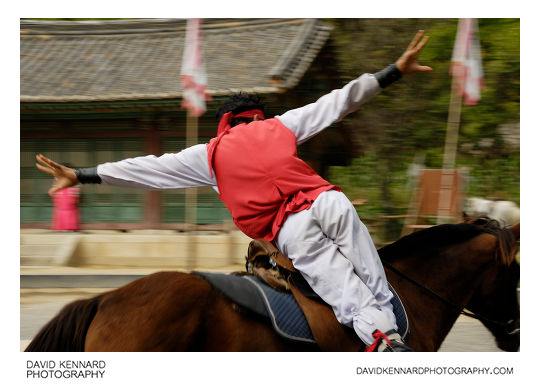 The riders also do a move where they jump off the horse, then back on while the horse is still going round. Next they picked up flags from the floor as they rode round, which is quite a difficult job. 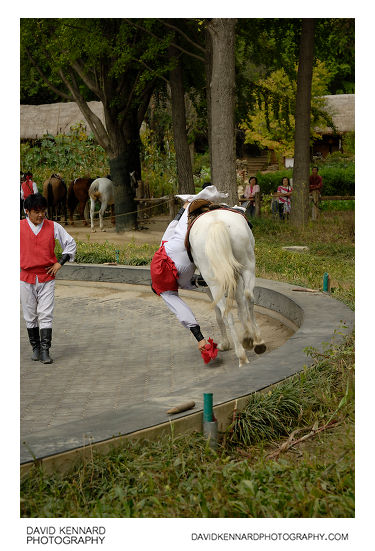 After that they showed off their spear throwing skills by hitting a target with a spear while riding round. They also often show off their archery skills in a similar style at these performances, but they didn't do any archery this time. 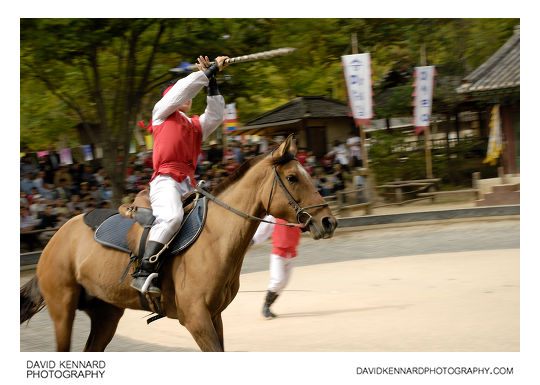 And finally they did more fancy riding, such as riding standing upside down: 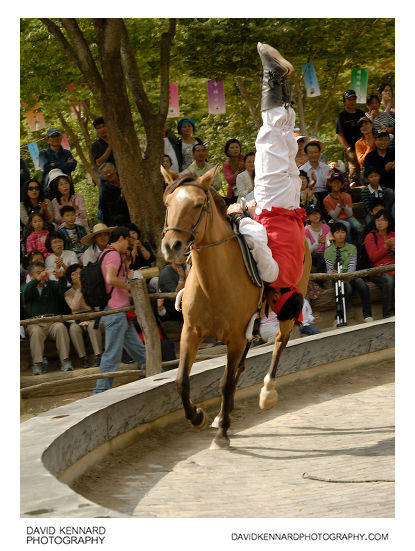 Riding with another person on their shoulders: 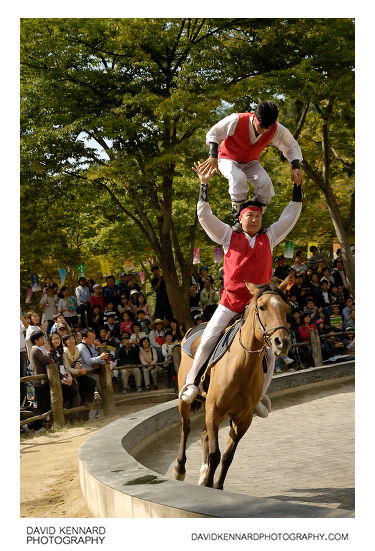 And riding standing up: 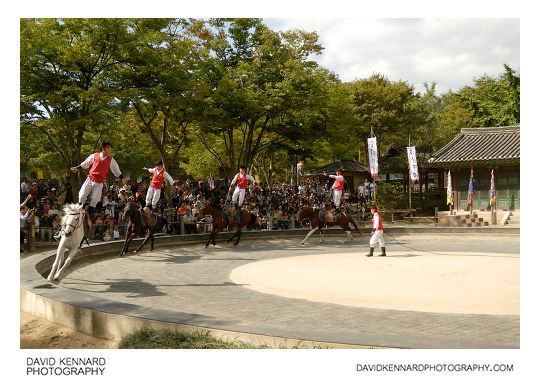 Unfortunately I didn't get many good photos. I think there were a number of reasons for this:

So quite a few things I would try to do differently if I was trying to photograph this event again. The main thing that would help me improve is lots of practice.

When the event had finished we wandered off and came across the Seonangdang, the village shrine.

Tags: Gyeonggi-do, Horse Riding, Korea, Korean Folk Village
Posted in Photos | No Comments »
This post: Korea day 4 pt. 5 – Korean Folk Village
Last updated 2011/02/10 by Dave Kennard
You can follow any responses to this entry through the RSS 2.0 feed.
You can leave a response, or trackback from your own site.