We visited the Nobleman's Mansion, and just like the commoners, they had a lot of Onggi jars for storing their Kimchi and doenjang in: 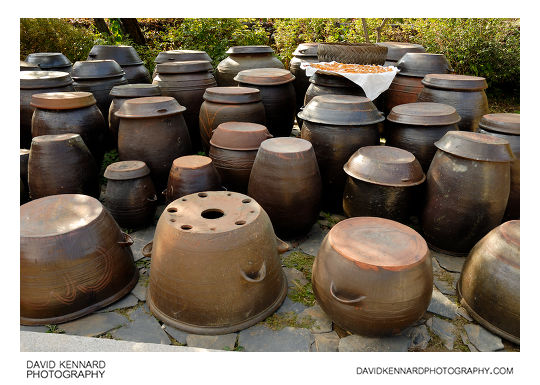 I took a photo looking inside a room at the Nobleman's Mansion, but I'm not entirely sure what it is that is on the table in the room. I think it is probably coloured boiled sweets and also some preserved apples, each round a spindle and wrapped in plastic. Judging by the small teaset, it could possibly be something to do with ancestor worship? 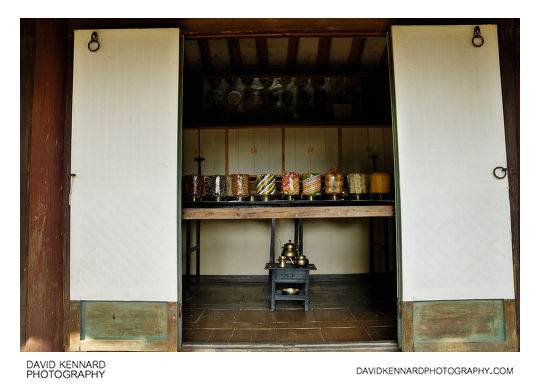 In Korea they grow eggplants, but they tend to be quite long and thin, and very dark purple compared to the ones we're more used to seeing in the shops here in the UK. Eggplant was a part of the Korean diet in the 19th century, the period that the Korean Folk Village aims to recreate, as well as still being used in Korean cooking today. I took a photo of a basket of harvested eggplants in the grounds of the Nobleman's Mansion: 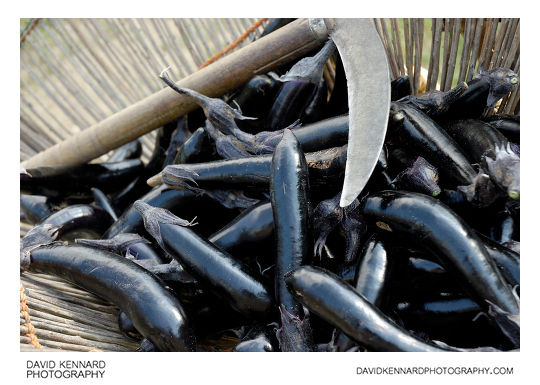 The Nobleman's Mansion has a nice mural on part of the outside wall of the house, something you don't see on any of the commoner's houses. 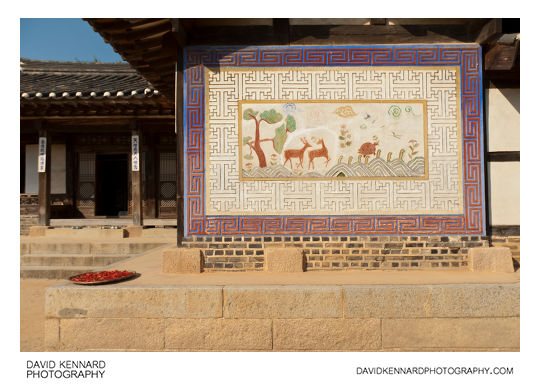 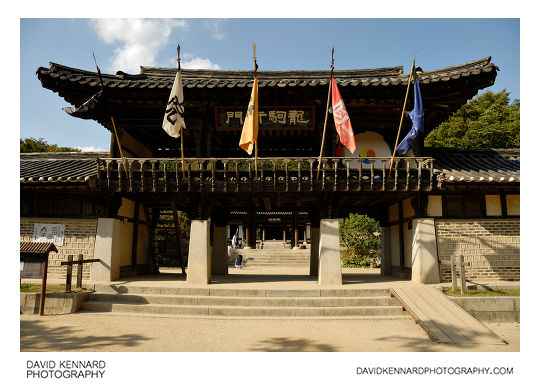 Below is a small pond and pavilion, again we didn't look around as we wanted to try and get back to Seoul before the rush hour. So we left the Korean Folk Village at around 3.30pm. 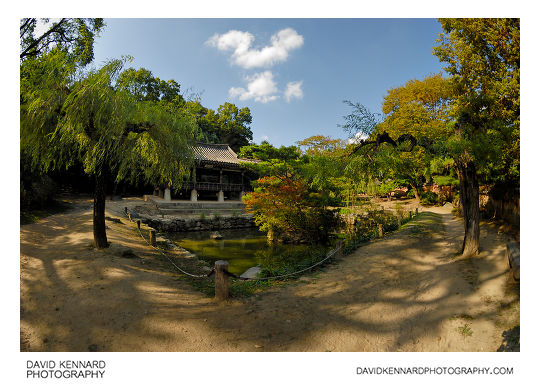 Tags: Gyeonggi-do, Joseon, Korea, Korean Folk Village
Posted in Photos | No Comments »
This post: Korea day 4 pt. 8 – Korean Folk Village
Last updated 2011/02/10 by Dave Kennard
You can follow any responses to this entry through the RSS 2.0 feed.
You can leave a response, or trackback from your own site.