We left the Korean Folk Village before closing time, hoping to get back to Seoul before the rush hour. We got the special bus back to Suwon station, and then went up to the platform for trains to Seoul. 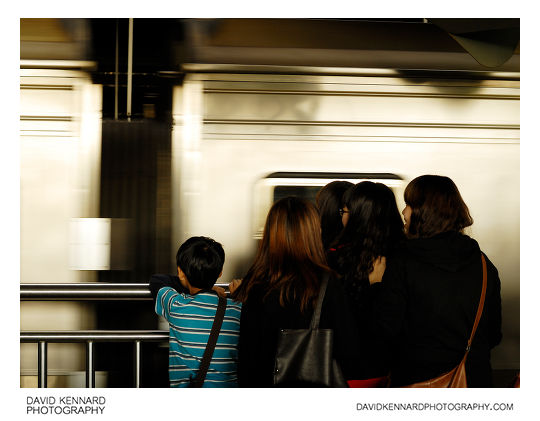 However, the side of the platform marked for Seoul was empty, and looked like it was only used for goods transport. We spent ages waiting around at the station, until we eventually realised that the trains on the other side of the platform we were on went in both directions (i.e. towards and away from Seoul). 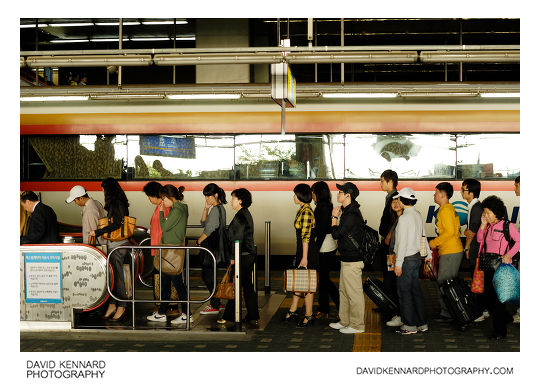 So we waited until a train going in the right direction came along, but unfortunately by this time we were actually in the middle of rush hour, rather than having missed it. So we would have been much better off just staying in the Korean Folk Village and looking round there for longer.

Although it was rush hour, the trains from Suwon to Seoul were busy, but not solidly packed. 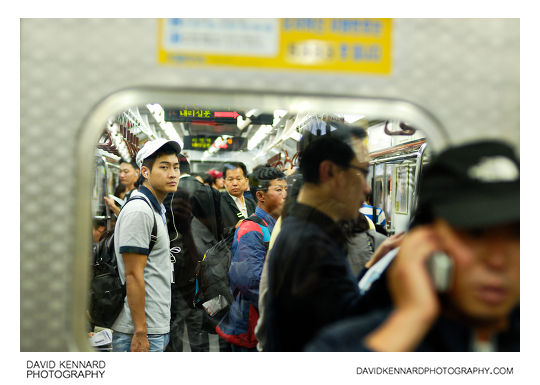 In Seoul, the trains were solidly packed. I didn't take any photos of the packed trains though. We did manage to get off at our stop okay without any pushing and shoving.

We got back to the hotel, and had a rest while all my photos copied across to my hard drives. Unfortunately, the old small laptop I had brought only had USB1, so copying a few GB first to one hard drive, and then copying it again to another hard drive, took quite a long time.

Tags: Gyeonggi-do, Korea, Suwon Station
Posted in Photos | No Comments »
This post: Korea day 4 pt. 9 – Suwon Station
Last updated 2011/02/10 by Dave Kennard
You can follow any responses to this entry through the RSS 2.0 feed.
You can leave a response, or trackback from your own site.