Back in July I visited Acton Scott Historic Working Farm while on holiday in Shropshire with my family.

Acton Scott farm is designed to let you experience what the farm would have been like in Victorian times. As well as keeping the same breeds of animals that would have been kept in the Victorian period, they also have people giving demonstrations of things like brick making and butter churning (though we didn't see any demonstrations while we were there).

I took a lot of photos of this rooster, which was pecking around on top of a pile of straw manure along with a few hens. 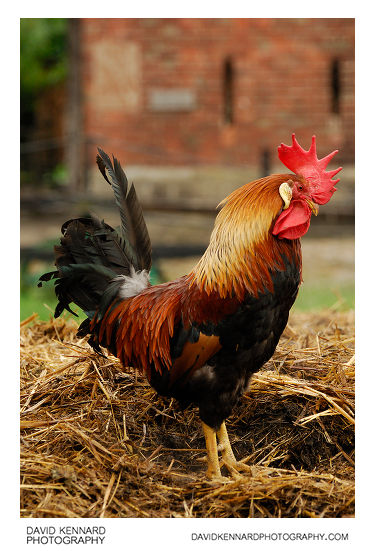 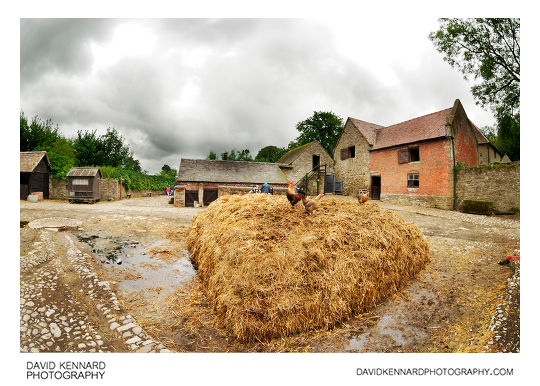 I also took photos of quite a few of the other animals there, but unfortunately my composition wasn't that great for the majority of shots, and I needed to use a higher ISO to freeze motion better. Also I should have used AF-C autofocus mode (instead of AF-S) as between the time the AF had locked on from the half shutter press and the time it took me to press the shutter down fully to take the photo, the animals would move, making the focus off from where I wanted it.

I do like this photo of a duck though. 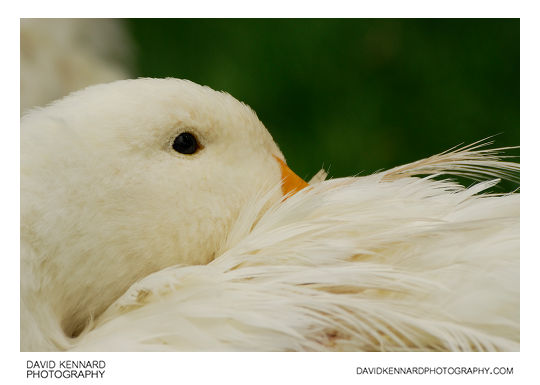 I also found the Norfolk Black Turkeys quite interesting. 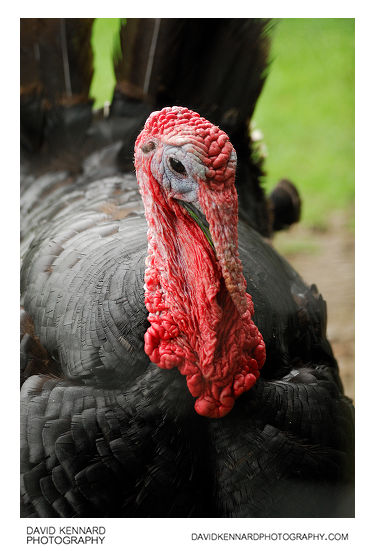 I took some photos of the rooms inside Bailiff's cottage, however they all seem to be a bit soft. I would assume this is due to motion blur (needed to use a higher ISO to get a faster shutter speed), though to me they just look soft rather than motion blurred. 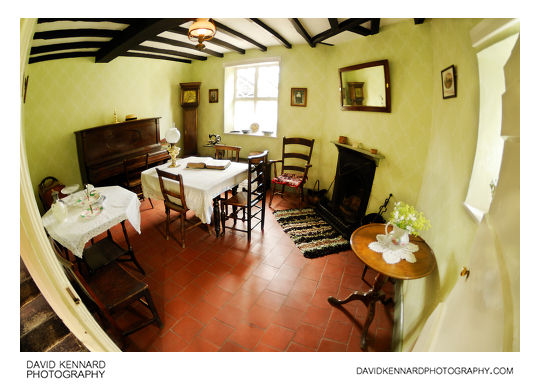 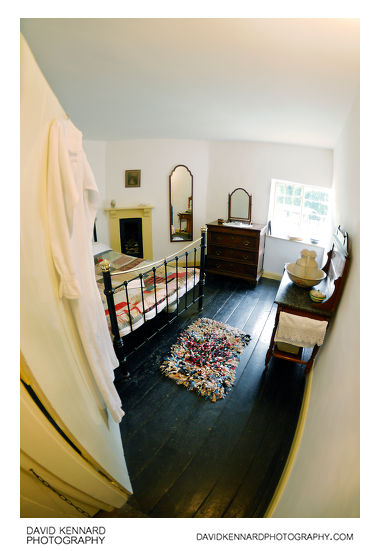 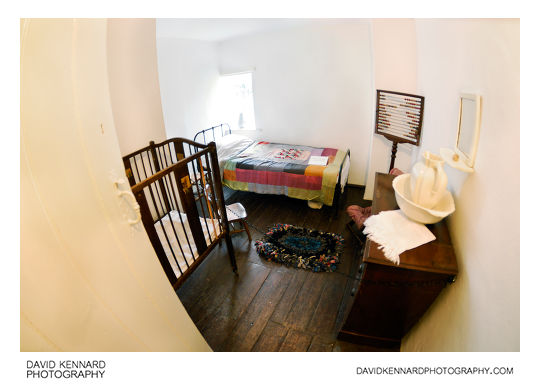 Unfortunately you couldn't enter the rooms, so I had to make do with shots from the doorways.

We had lunch in the cafe at the farm, which is located in the old schoolhouse. On the tablemats they have printed copies of letters/notes from the headmaster or teachers at the school from when it was open, mostly about what mischief some of the pupils had been up to, which were quite interesting to read.

Next we went on to Bishop's Castle.

Tags: Acton Scott
Posted in Photos | No Comments »
This post: Acton Scott
Last updated 2010/02/02 by Dave Kennard
You can follow any responses to this entry through the RSS 2.0 feed.
You can leave a response, or trackback from your own site.