I took my tripod and pano head with me, and took panos of a few of the different gardens. I also took my 450D with the 100mm/2.8 Macro and MT-24EX Macro Twin flash, though I didn't take many photos of the flowers.

Here's a pano I took of the Gentleman's Cottage garden: 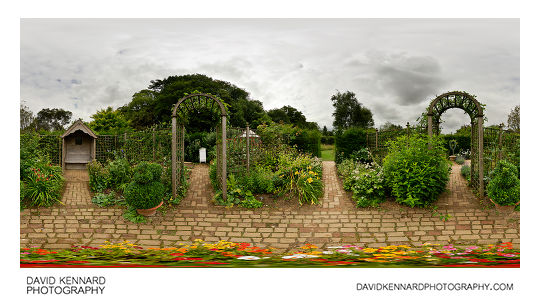 When I looked at the handheld nadir shot for the panorama of the Gentleman's Cottage garden, I quite liked the look of it: 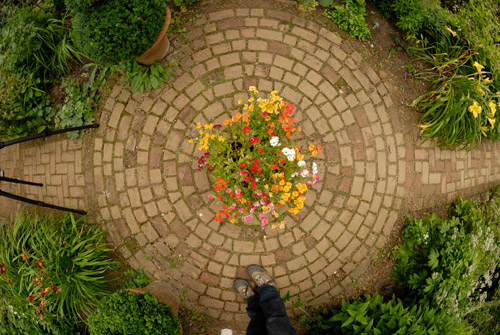 So when I'd finished processing the panorama, I put the proccessed panorama back into PTGUI. In PTGUI I set the output projection to fisheye, then used the interactive preview to change the crop and view until it matched the original handheld nadir shot. I then output the image, and got the same view as the handheld nadir shot, except without my feet or tripod being in the image: 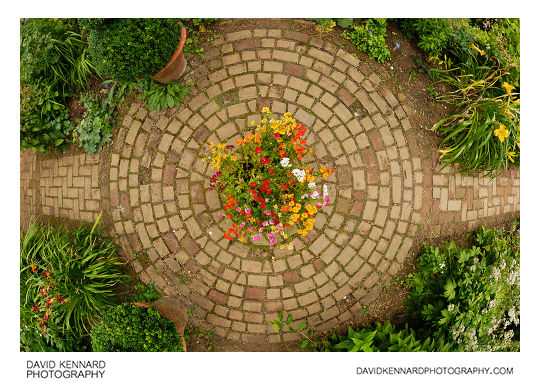 As you can see in the panorama, it was quite cloudy on the day we visited Barnsdale. There was also a bit of a breeze, which blew the trees about, and this made it a difficult job processing the panoramas. If I wanted to keep detail in the sky, then the rest of the image would have been too dark, and if the rest of the image was reasonably bright, then most of the sky would be blown out. So I used my usual trick of blending multiple exposures to increase the dynamic range of the image.

It takes quite a lot longer to make a mask using Topaz Remask than just pressing Ctrl + Alt + 2 in Photoshop, but I think it works pretty well (not perfect though). Then after making the mask, where you have some tree branches that have moved between the two images, you can just clone in grey sky over the branches on the dark image. 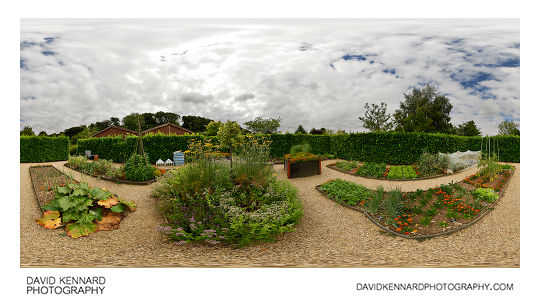 Still, if it had been a nice day with blue skies, I probably could have got away without bracketing at all, and the end panoramas would look much nicer despite being less work.

A flower that they had in a few of the gardens, and around Barnsdale Gardens in general, was Echinops ritro, the Southern Globe Thistle. It has nice spherical spiky flowers: 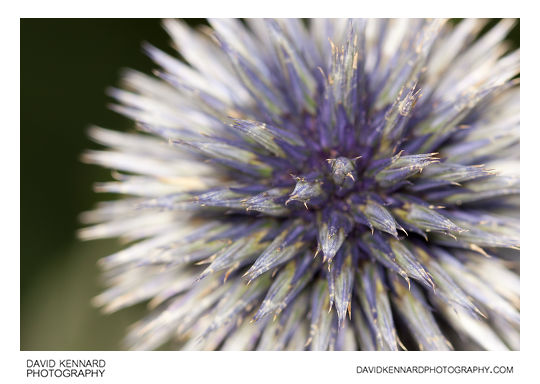 They also had quite a few daylily cultivars, I particularly liked this one, Hemerocallis 'Cynthia Mary': 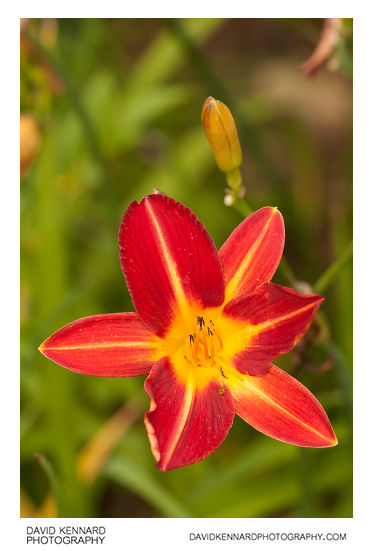 Tags: Barnsdale Gardens, Panorama, PTGUI, Rutland
Posted in Photos | No Comments »
This post: Barnsdale Gardens
Last updated 2010/08/06 by Dave Kennard
You can follow any responses to this entry through the RSS 2.0 feed.
You can leave a response, or trackback from your own site.