We then walked up Sopa-gil (소파길), where we came across this strange (by Western standards at least) Red Cross banner above a car park: 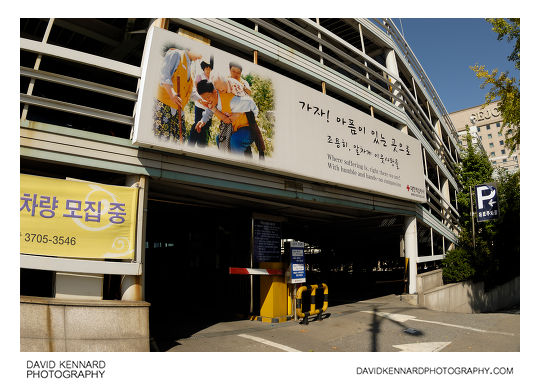 Further up Sopa-gil we came across the Cartoon Museum and Seoul Animation Center, which had fibreglass models outside of what I presume are famous Korean cartoon characters. 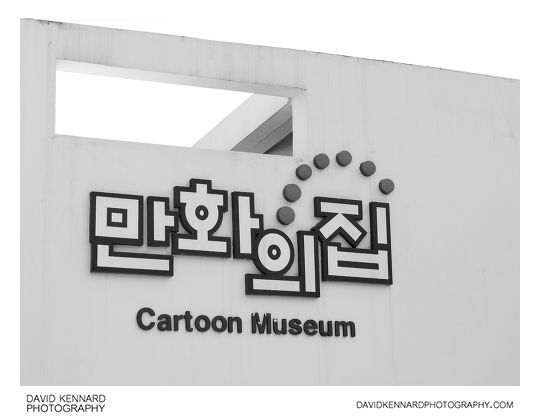 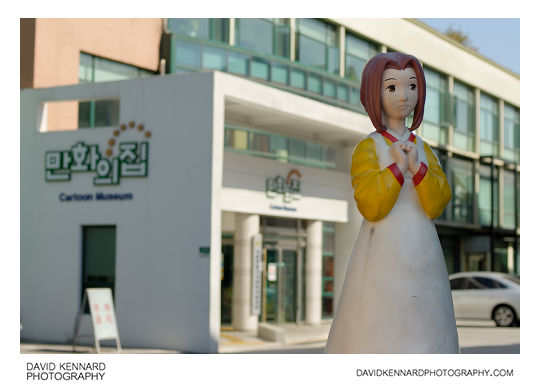 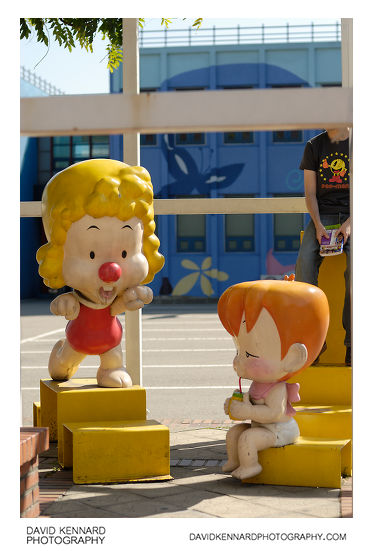 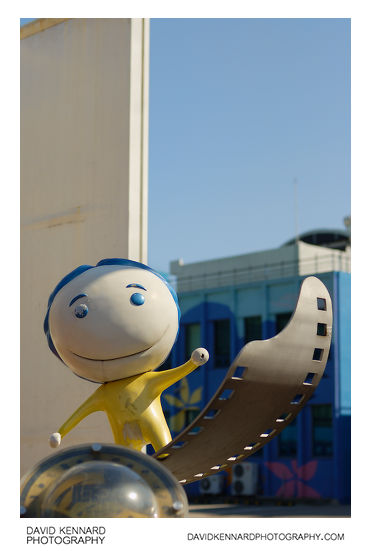 And slightly further up the road, I noticed this coffee shop with an interesting name - Coffeesh. After researching it, I'm pretty sure it's just a normal Coffee shop, and they don't have anything related to Fish at all. Probably just as well, I don't think Fish and Coffee would really go well together. 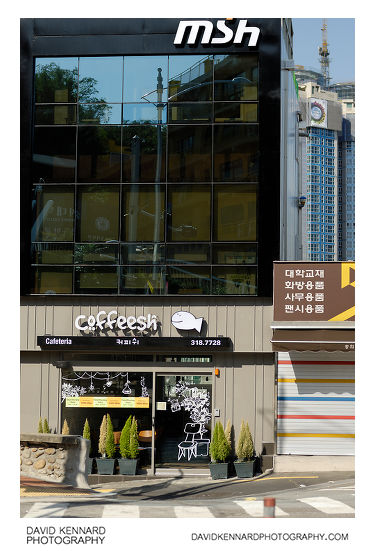 Further up the road we came to what we thought were some steps that went up towards the Cable Car Station (they didn't). At least it appeared that way according to a nearby sign. Anyway, by the bottom of the steps were these brightly coloured flowers, which I thought resembled bindweed a bit. The different coloured flowers appeared to both be coming from the same plant (though I didn't check). Unfortunately I haven't been able to get an id as to what species of plant it is. Since I didn't bring any of my Canon stuff on holiday with me (I have a Canon 450D with lenses for Macro work and a Nikon D200 with lenses for everything else), I used an Olympus MCON-35 close-up filter on a 50mm lens to get the close-up shot above.

Tags: Cartoon Museum, Coffeesh, Flowers, Korea, Seoul, Seoul Animation Center
Posted in Photos | No Comments »
This post: Korea day 2 – Walk up Namsan pt. 4
Last updated 2010/04/05 by Dave Kennard
You can follow any responses to this entry through the RSS 2.0 feed.
You can leave a response, or trackback from your own site.