Partway up the steps through the trees we could see this monument, though it couldn't be accessed from the steps. It took me quite a bit of researching until I finally found out what it was built to commemorate – the Anti-communist Youth Movement. 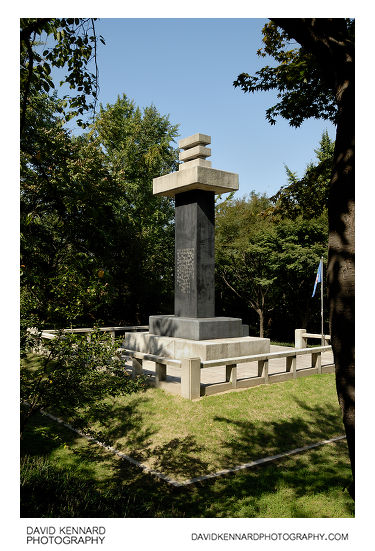 Eventually we reached the top of the steps, which just came out on a road partway up the mountain (actually near the bottom of the mountain). A bit along this road there was this monument, which again took me ages of research on the internet to find out what it was. The monument was built in memory of Jo Ji-hun (조지훈), a famous Korean poet. There were also some interesting flowers nearby with different coloured flower heads on the same plant. We also started to see more people around at this time. 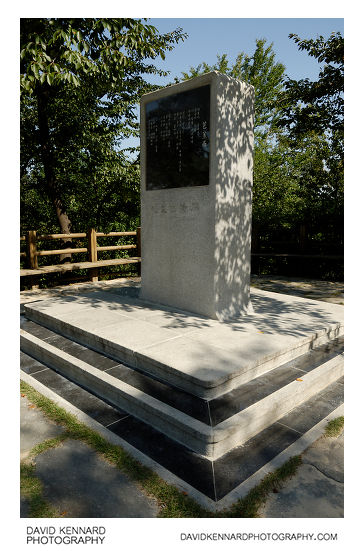 It was nice and peaceful walking along the road. 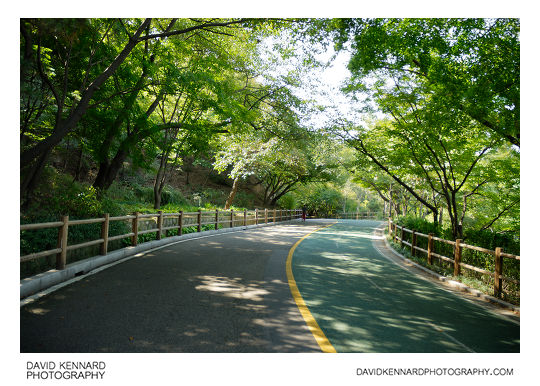 After walking along the road for a bit we came across some more steps to carry on going up the mountain. 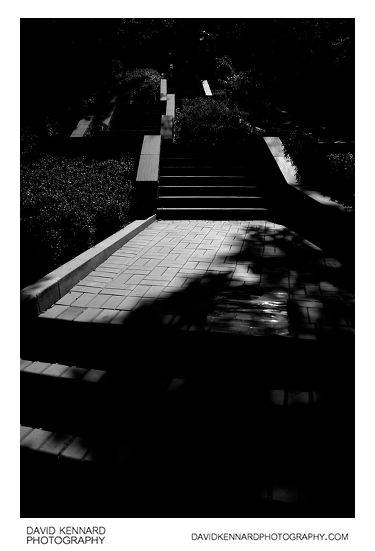 Although it might not look it from the photos above and below, it was actually quite busy, with lots of people walking up the steps. It was quite tiring, especially in the heat of the hot sun, so we did stop for a rest part way up. 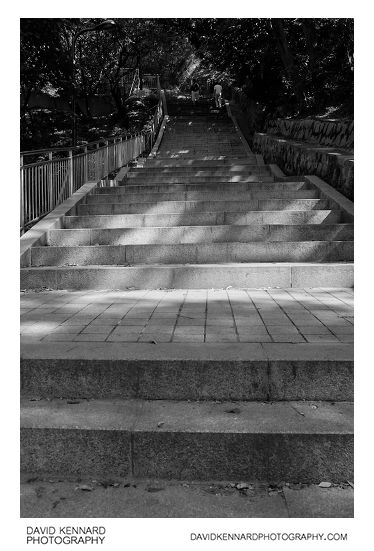 After a while we came to a path that went off from the steps, which led to a viewing platform. From here you could get a nice view looking north. It was also nice to have a rest for a bit. I took a pano on the platform 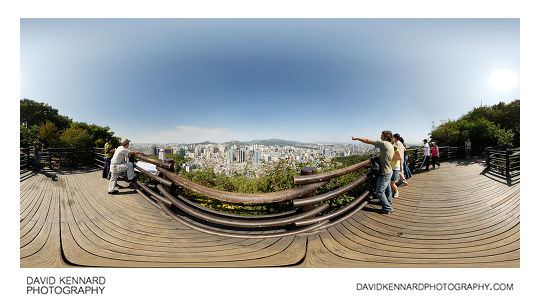 And I took a partial panorama as well:

When we got to the viewing platform it seemed like we were nearly at the top. But as we carried on walking up the steps up the mountain, we discovered this was only so true in that it was nearer the top of the mountain than the bottom.

We stopped again where there was a wooden platform with seats near the top cable car station. There was a fridge there controlled by an old lady, so I bought me and my brother drinks, which was just what we needed after walking up so many steps in the hot sun. We sat down for a bit and had a rest before continuing to the top of the mountain.

Tags: Anti-communist Youth Movement Monument, Jo Ji-hun, Korea, Namsan, Seoul, Steps
Posted in Photos | No Comments »
This post: Korea day 2 – Walk up Namsan pt. 5
Last updated 2010/04/05 by Dave Kennard
You can follow any responses to this entry through the RSS 2.0 feed.
You can leave a response, or trackback from your own site.