We started back down the mountain, but this time via a road instead of the steps. After a bit we came across an exercise park. We had seen one of these earlier, but lower down the mountain, and not accessible from where we were at the time. It seems quite strange

I've never seen anything like that in the UK anyway. 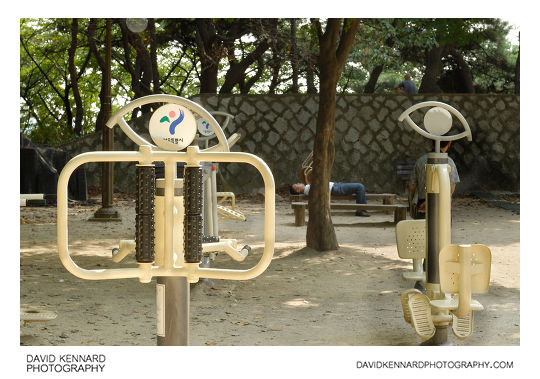 The children seemed to enjoy it as much as a normal playground anyway: 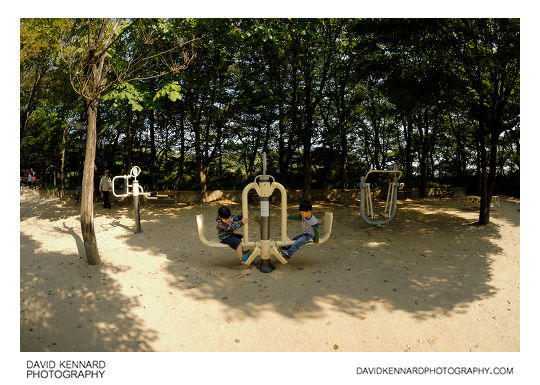 The exercise park also had some solar powered toilets:

I was going to take a photo of a piece of exercise equipment in the park, but then a Korean guy came and started using it, so I stopped. But he was actually just posing for me so I could get a photo of it in use. Doh!

But after walking down the path for a while, we found that it seemed to be going back up the mountain. Rather than carry on following the path to see where it went, we decided to go back and carry on down the road, as we were getting quite hungry and wanted to get some lunch. 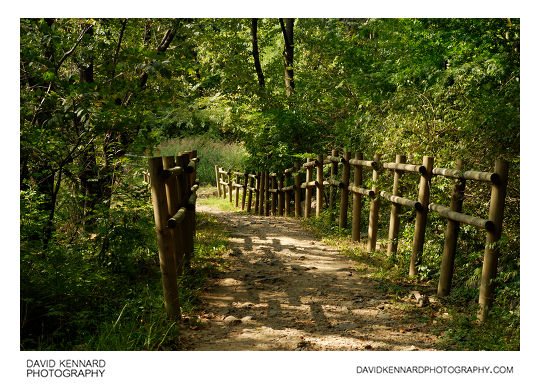 When we got to the bottom of the road, we found this little park that had a replica Greek bust, crowned with some dead plants, amongst the flowers. 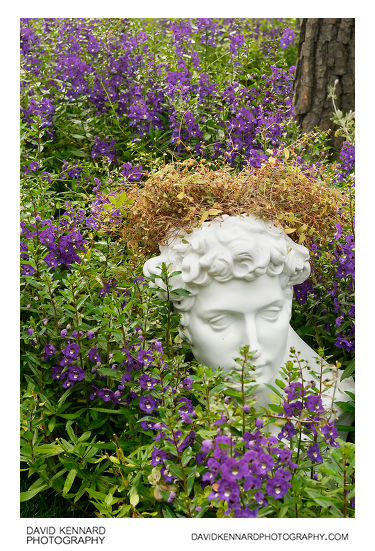 There was also this well-balanced stone, which is a memorial to the famous Korean poet Kim Sowol (김소월): 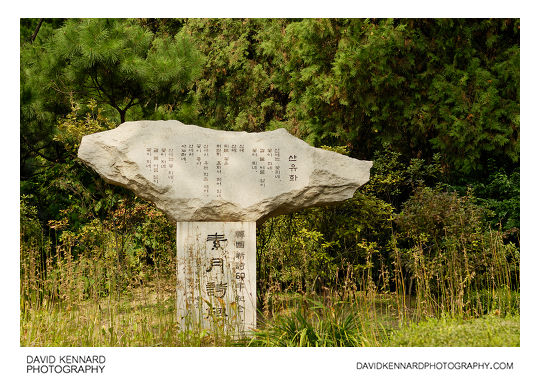 Tags: Exercise Park, Kim Sowol, Korea, Namsan, Namsan Park, Seoul, Woods
Posted in Photos | No Comments »
This post: Korea day 2 – Walk up Namsan pt. 10
Last updated 2010/04/04 by Dave Kennard
You can follow any responses to this entry through the RSS 2.0 feed.
You can leave a response, or trackback from your own site.