While I didn't intend spending any more money at the moment on my Fuji system, I recently gave in and purchased the Fuji 35mm f/1.4 and 14mm f/2.8 lenses. The main reason behind this was that I wasn't entirely happy with the performance of my Fuji 16-50mm f/3.5-5.6 XC OIS lens when photographing mixed infrared and visible light.

Reports I had read indicated that the 35mm and 14mm lenses were extremely good for infrared photography. I couldn't find much information on how good they were for IR+Vis photography, but people using them for IR on unconverted cameras (where the 16-50mm performs quite poorly) seemed very happy with them. 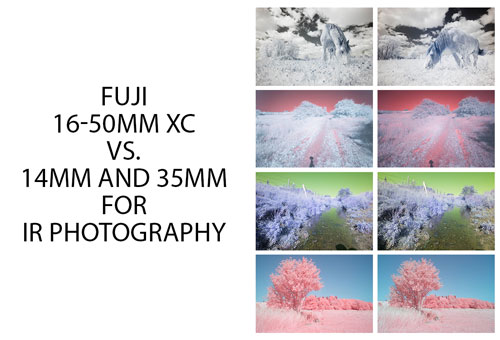 For this test I used my Zomei 760nm filter. Both lenses were set to f/8 and autofocus was used at the same point. 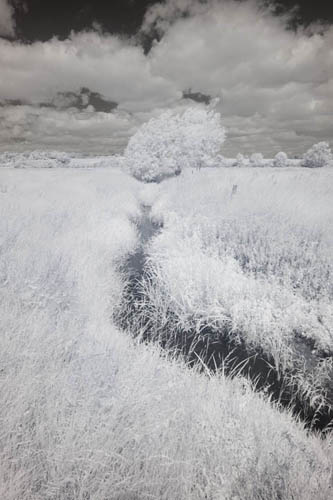 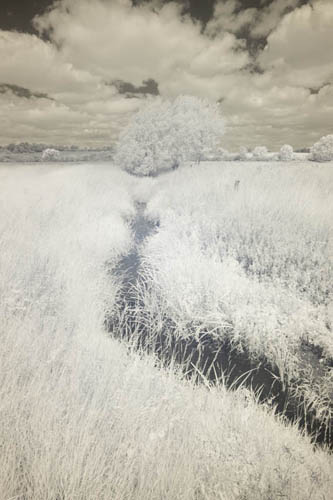 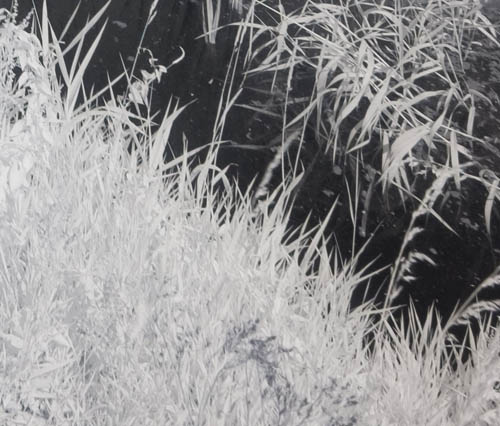 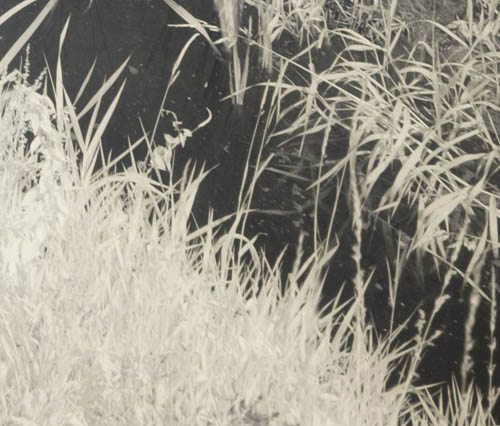 The first thing you'll notice is the white balance difference. Strangely the 16-50mm has -10 more magenta (tint) in ACR despite both being set to 'As shot' white balance and the white balance being the same setting in-camera for both images. Even if you correct for this, the 16-50mm image is still quite a bit warmer than the 14mm image. White balance can be roughly equalised through a manual WB setting on each image.

Looking at the crops, the 14mm is a little sharper. But the 16-50mm is sharp enough when shooting a pure (or near pure) IR image on a full spectrum camera. 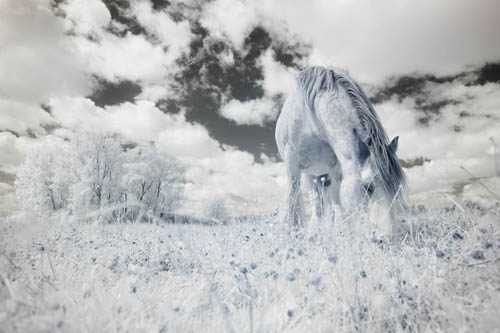 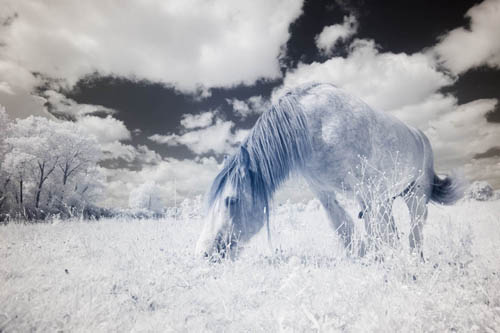 In the images above you can see the 16-50mm's IR hotspot. The centre of the image (particularly visible in the sky) is more blue coloured. Towards the edges it gets more brown coloured. While the hotspot is correctable, a lens that needs no correction gives a much easier and quicker post processing workflow.

This test was taken using my unconverted X-A1 camera with the Zomei 760nm filter. As I discovered previously, this filter leaks visible light when used for a long exposure, and the results of the 16-50mm lens at 16mm are quite poor. For this test both lenses were set to f/8 again and focus set manually to around 3m. 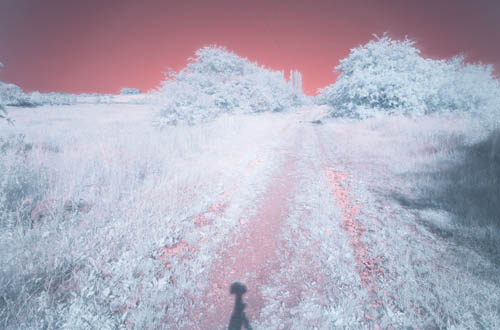 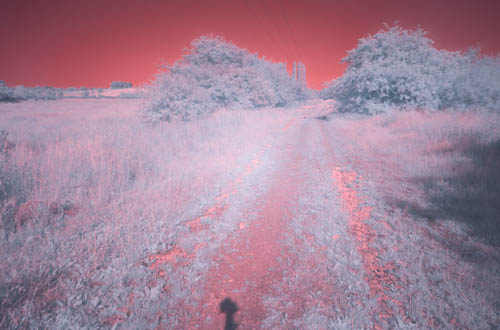 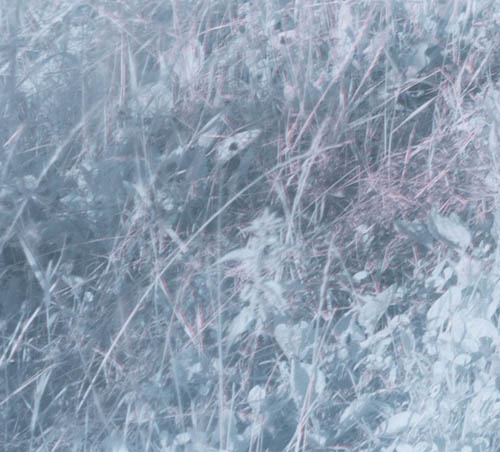 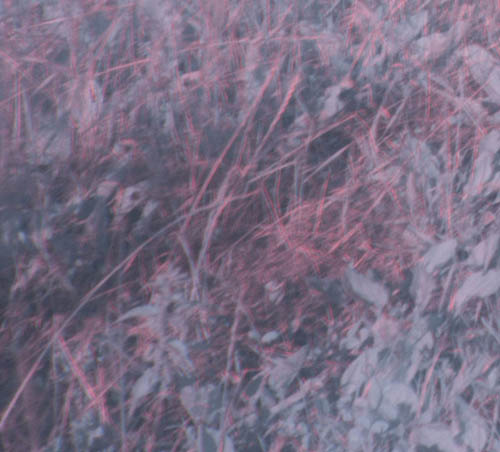 A custom white balance was used for both images this time, but with both images the tint was maxed out without achieving a correct WB. If the slider went further, the 16-50mm image would need more correction than the 14mm image.

Looking at the crops, the 14mm is quite a lot better than the 16-50mm lens. What's interesting to see though, is that despite the high acclaim for the 14mm, both for its general performance and IR performance, it is not focusing IR and visible light at the same point. There is a CA-like effect along the edge of some the grass.

Back to the converted camera, and this time testing with a yellow #12 filter. I had noted previously that the 16-50mm edge performance wasn't great when using a yellow filter. Yellow passes a lot of visible light (it blocks blue), so if the lens doesn't focus visible and IR light at the same point it can cause problems. F/8 and AF for this test. 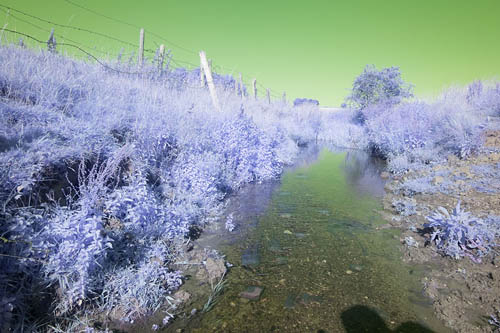 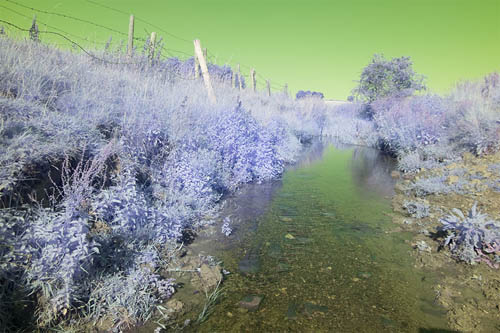 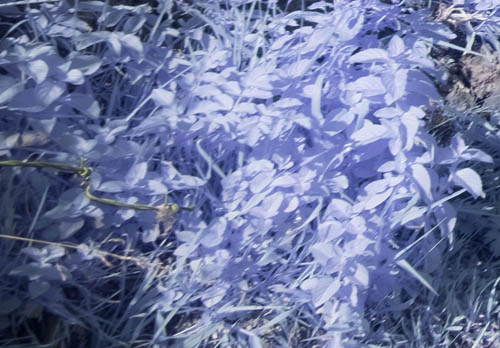 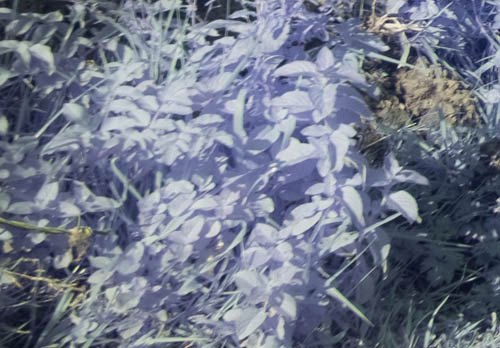 Looking at the crops the 14mm is quite a bit better than the 16-50mm. The right-hand side of the image was actually quite a bit worse than the left side (shown above) - it appears my 16-50mm lens is decentred.

This test was with the yellow #12 filter again. Both lenses set to f/8 and using autofocus at the same point (the tree). The images were both post processed with the same adjustments. 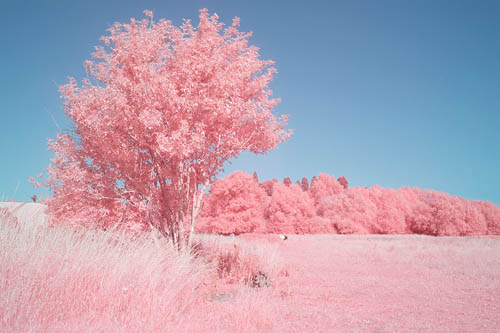 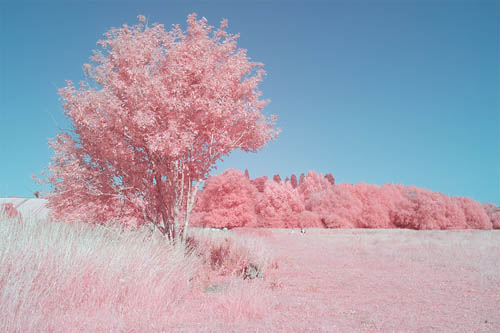 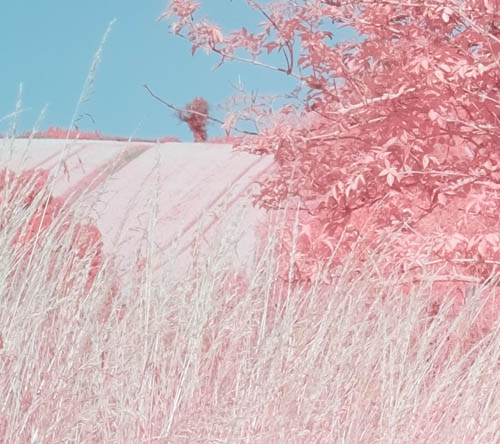 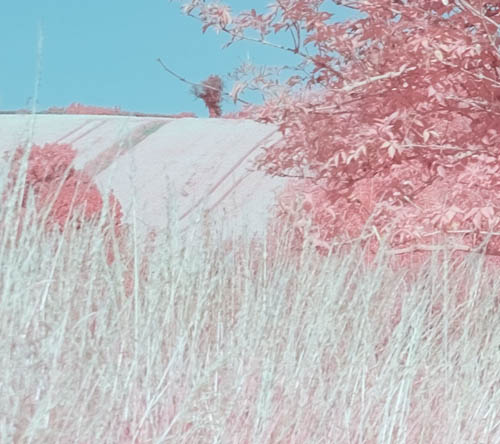 It appears the 16-50mm lens focused further back than the 35mm lens for this shot, however if the 35mm has better AF then that still counts in its favour. The 35mm lens is sharper, though neither lens show problems with visible and infrared light being focused at different distances.

The 35mm lens also gives a more colourful image. I'm not quite sure why.

To sum up, the 35mm and 14mm lenses do seem quite a bit better for Vis + IR work than the XC 16-50mm zoom lens. However, I don't think the 14mm is quite as good for IR as people make out. (Typically when people are talking about IR photography, they are actually talking about IR + Vis photography).

Tags: Infrared Photography, Zomei
Posted in Reviews and info | No Comments »
This post: Fuji 16-50mm XC vs 14mm and 35mm for IR photography
Last updated 2015/07/23 by Dave Kennard
You can follow any responses to this entry through the RSS 2.0 feed.
You can skip to the end and leave a response. Pinging is currently not allowed.