I was recently lent the Sigma 24mm f/2.8 Macro AF lens and Nikon 100mm f/2.8 Series E (manual focus) lens. And since I haven't posted anything for quite a while, I thought I might as well write up my thoughts on these two little lenses. 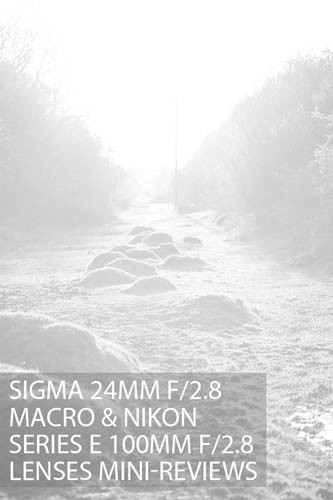 The Sigma 24mm lens I borrowed was in Nikon F mount. It has screwdriver autofocus, so won't AF on low-end Nikon DSLRs, but should work fine on the medium and high end bodies that contain an autofocus motor. I didn't test autofocus as I don't have a Nikon body - I tested it with my Canon 5D2 and Fuji X-A1.

While the lens is designated as a macro, it is not a true macro. It has a maximum reproduction ratio of 1:4. But this is pretty high, especially for a wide-angle lens. Even at this ratio you have to get the lens extremely close to a subject to get it in focus. If it offered true macro the subject would have to be practically touching the lens. 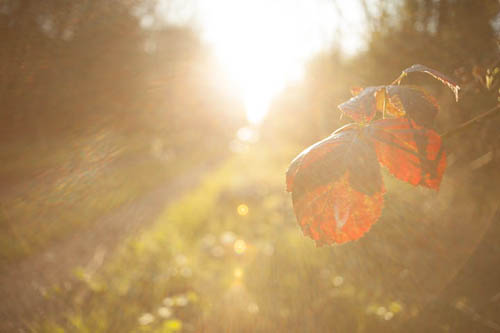 The lens has an aperture ring, which is very useful if using the lens on a non-Nikon body like I was. 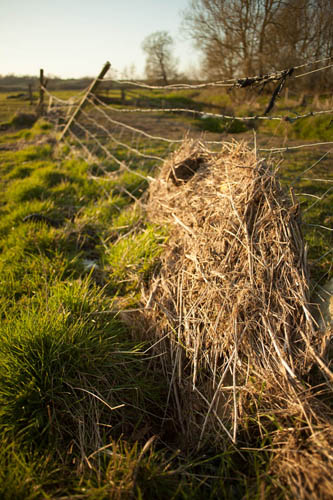 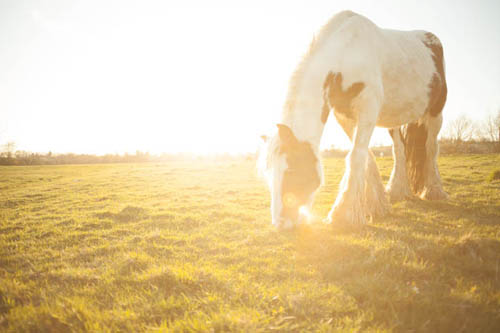 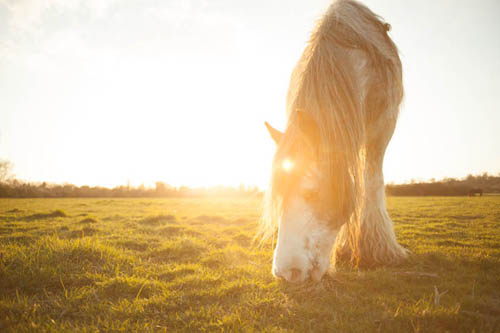 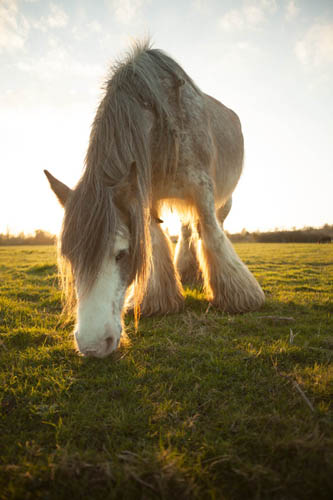 With the horse blocking the sun the flare is gone 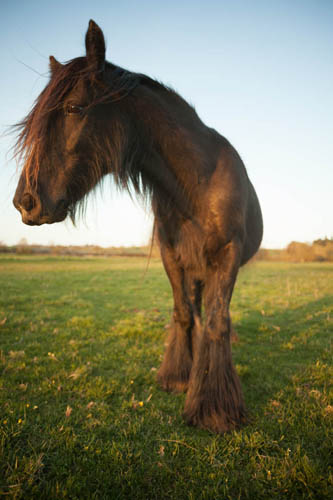 The Nikon lens is extremely small for a 100mm lens. It's actually around the same size as the Sigma 24mm, which is a pretty small lens itself. 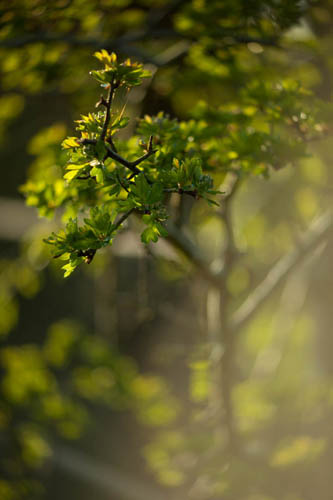 Like the Sigma, it's pretty sharp but suffers from flare. Most of these shots are without a hood, and trying to shade the lens with my hand. I did take some with a DIY hood, but this drastically increased flare. I didn't have enough time with the lens to try a rubber lens hood. 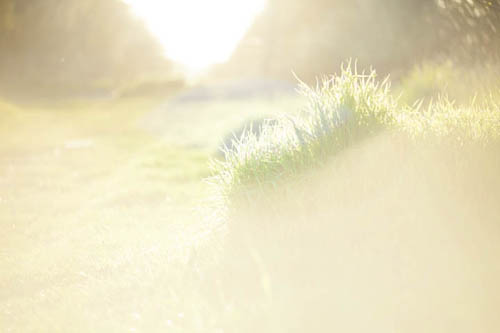 I thought my DIY lens hood was a good idea, but it greatly increased flare rather than reducing it. (Other photos below are without hood). 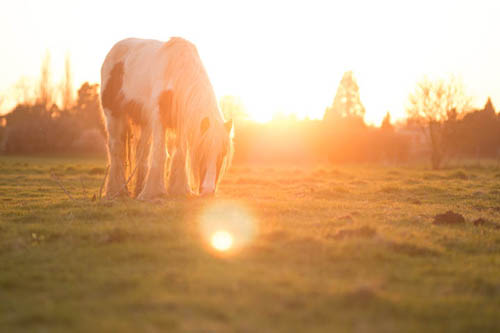 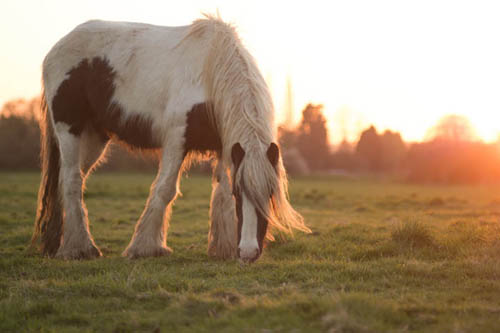 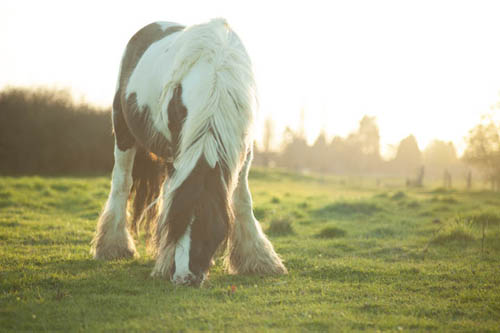 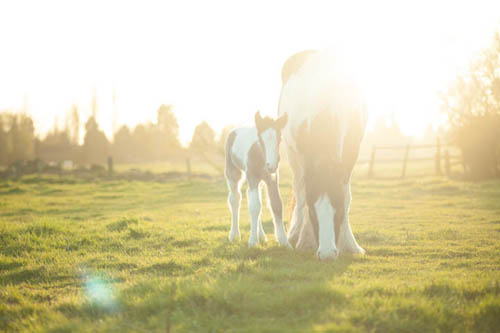 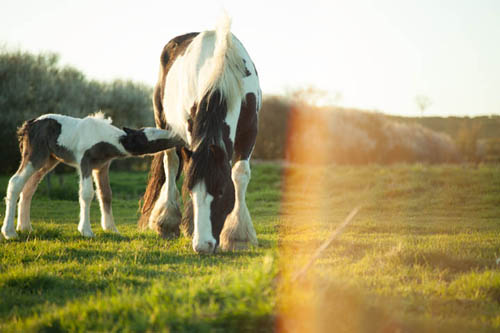 I thought that while I had the lenses I might as well test them to see how well they pass UV and whether they have an IR hotspot. I didn't test for the amount of focus shift, but suffice to say both lenses exhibit IR/UV focus shift.

I tested the lenses against my Fuji 27mm f/2.8 lens as a control. The Fuji lens passes UV well and has a strong IR hotspot. (See my previous post Fuji and Nikon Lenses Vis-UV-IR test for an idea how the Fuji 27mm compares to other lenses - from that you can hopefully deduce how these two lenses compare as well). 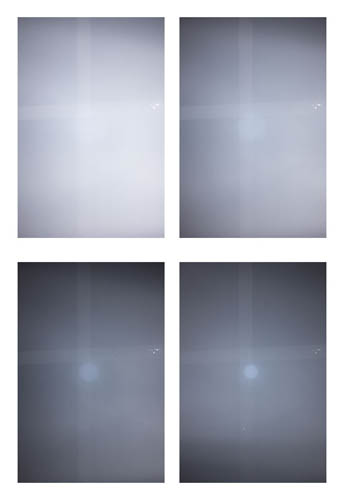 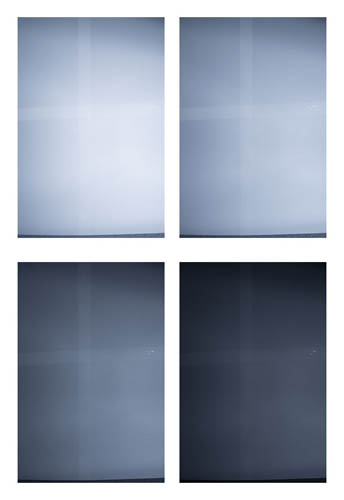 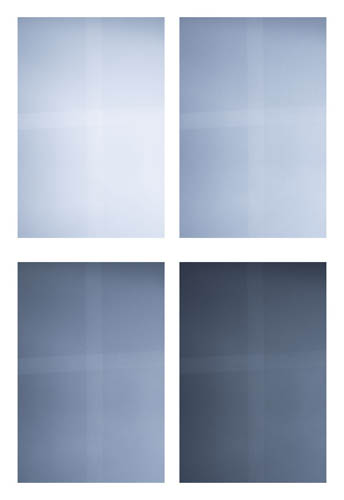 As you can see neither the Sigma 24mm or Nikon 100mm lenses have an IR hotspot. The 24mm at f/8 does seem rather dark, which might be my mistake. 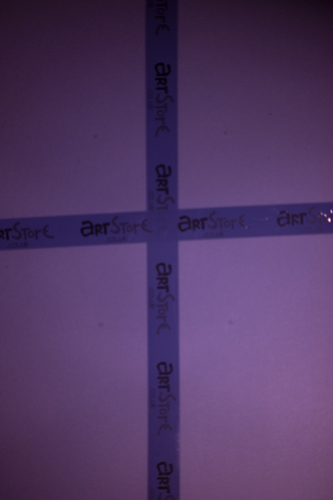 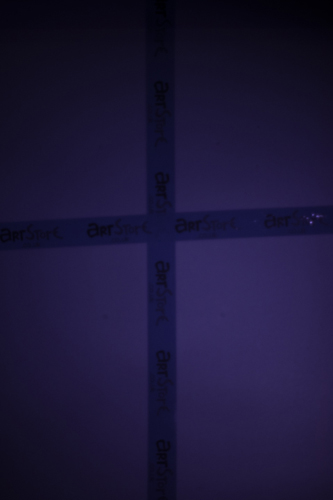 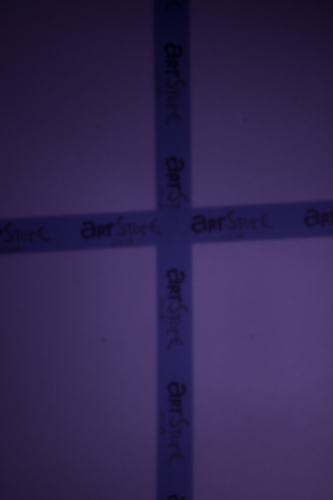 The Nikon 100mm f/2.8 lens passes a reasonable amount of UV light as far as non-specialist lenses go. It's not as good as the Fuji, but not bad. The Sigma 24mm lens passes less UV, but it's not completely dark.

To sum up, both lenses seem pretty decent in terms of sharpness, size, and weight. But they can have quite heavy flare when shooting into the sun.

Tags: Infrared Photography, UV Photography
Posted in Photos, Reviews and info | No Comments »
This post: Sigma 24mm f2.8 macro & Nikon Series E 100mm f2.8 lenses mini-reviews
Last updated 2016/04/25 by Dave Kennard
You can follow any responses to this entry through the RSS 2.0 feed.
You can skip to the end and leave a response. Pinging is currently not allowed.