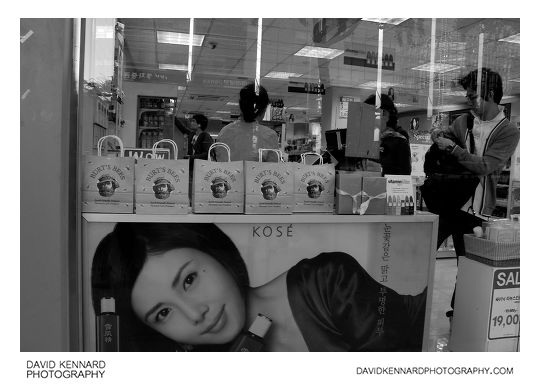 Carrying on down Saemunangil, we came to the Hammering Man sculpture. From Wikipedia:

Hammering Man is a series of monumental kinetic sculptures designed by Jonathan Borofsky which have been installed in various cities around the world.

Seoul's Hammering Man strikes a blow every minute and seventeen seconds and is considered an important city landmark.

In August of 2009 the city of Seoul completed a project to move the sculpture 4.8m/16ft closer to the sidewalk and dedicated a new small gallery park at the site. A spiral path, surrounding the statue, was created to enhance the presence of the work of art. Specially designed benches, landscaping, and lighting were added to the surrounding park to complete the effect. 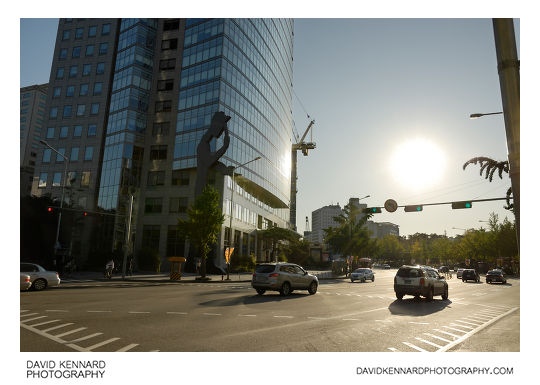 That photo took quite a lot of work to remove large amounts of lens flare.

We sat down on a wall outside the Seoul Museum of History and a friendly dragonfly came to see us: 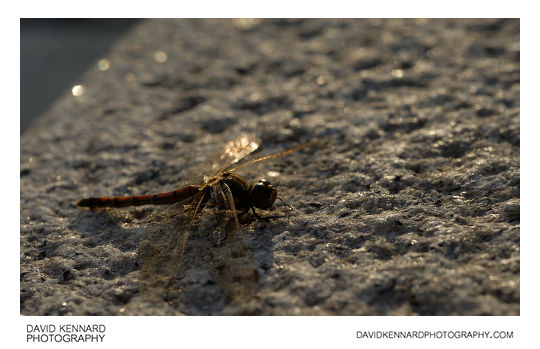 There wasn't much light, so I put my camera's pop-up flash on, and took a few more photos: 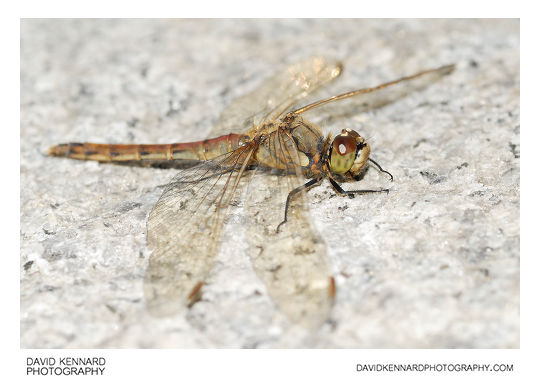 The Korean dragonflies, known as “Jamjari” (잠자리) in Korean, don't seem to mind people at all, and I got them to climb onto my finger a couple of times while we there. In the UK I've only ever glimpsed dragonflies speeding past. 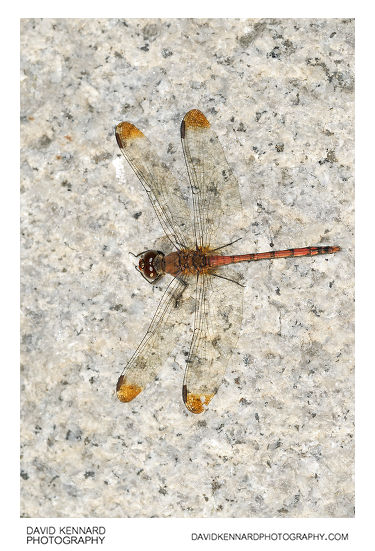 I used an Olympus MCON-35 close-up filter for the dragonfly photos, as I didn't have any macro equipment with me.

We then turned round and walked back down Saemunangil, and then back up Sejongno. Walking up the western side of Sejongno we saw this poorly tree wrapped up in bandages and on an IV drip: 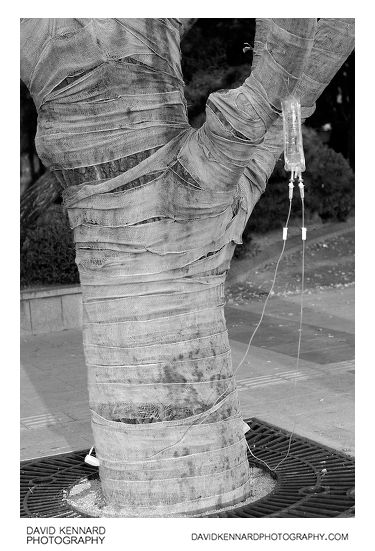 Tags: Burt's Bees, Dragonfly, Hammering Man, Jongno-gu, Korea, Saemunangil, Sejongno, Seoul
Posted in Photos | No Comments »
This post: Korea day 3 pt. 16 – Saemunangil
Last updated 2010/05/05 by Dave Kennard
You can follow any responses to this entry through the RSS 2.0 feed.
You can leave a response, or trackback from your own site.