Back in the autumn I went out to photograph a sunset, but like often happens, the clouds moved in front of the sun and there was no nice sunset photos to be had. So instead I tried taking some photos of the trees in their autumn colours.

There wasn't much light, and it was very windy. Instead of maxing out the ISO setting on my camera to achieve a fast enough shutter speed to capture the leaves, I decided to go the other way and use a relatively long shutter speed and take some blurry photos. 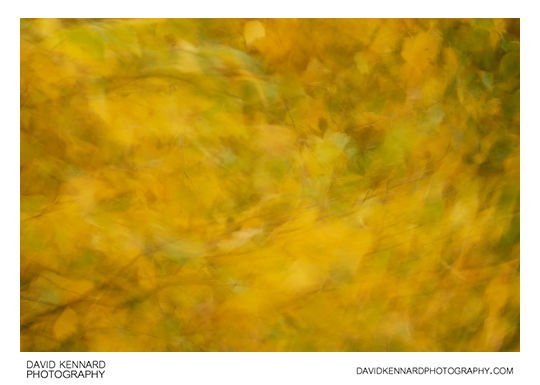 I found that moving the camera in a circular motion while taking the photo created white rings where there was a gap in the leaves so you could see the sky: 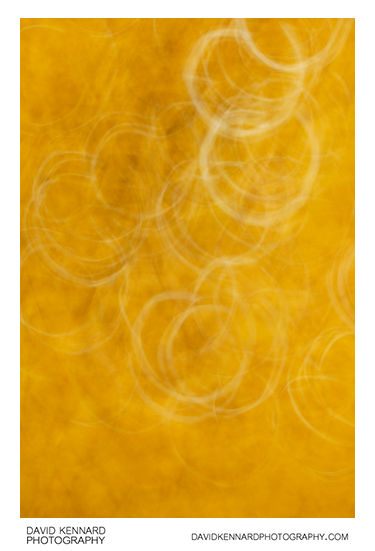 Moving the camera up or down has a quite different effect: 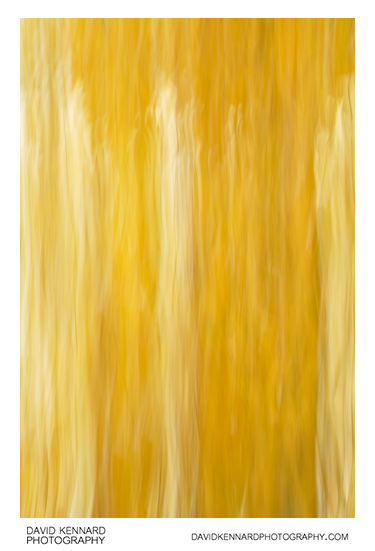 While moving the camera quickly left and right a small amount has another different effect: 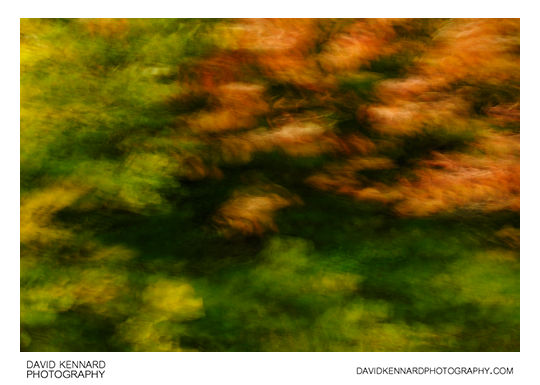 When it came to processing these photos I found that they were actually all quite dark (I should have checked the histogram when I was taking them). So they all have all had quite large tone curve adjustments to boost the brightness and contrast. 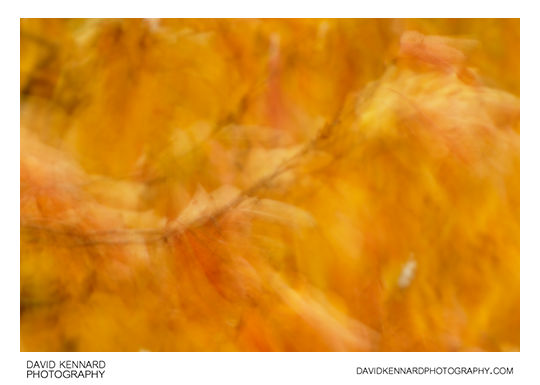 Tags: Abstract
Posted in Photography Tutorials, Photos | No Comments »
This post: Leaf blur abstracts
Last updated 2010/12/19 by Dave Kennard
You can follow any responses to this entry through the RSS 2.0 feed.
You can leave a response, or trackback from your own site.