I recently finished processing a bunch of Tansy Ragwort Flea Beetle photos from 2009. The photos were originally taken when testing out different flash diffusion methods for working with the Canon MP-E 65mm lens, as the beetle's reflective body makes a good test of how well the flash diffusion method works. 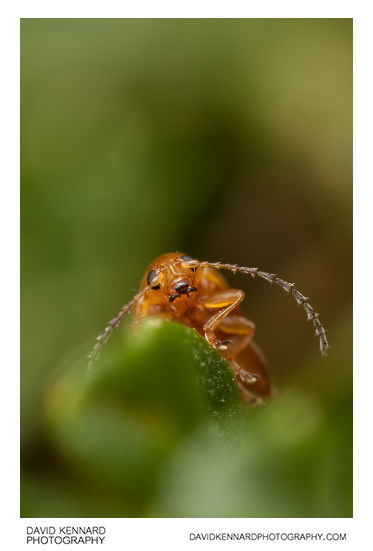 I now have over 120 photos of the Tansy Ragwort Flea Beetle on the website, which I think must be the largest collection of Ragwort Flea Beetle photos on the internet. If you browse through the photos, you can see that some flash diffusion methods didn't work very well at all, while others worked okay. (Look at the amount of blown-out highlights). 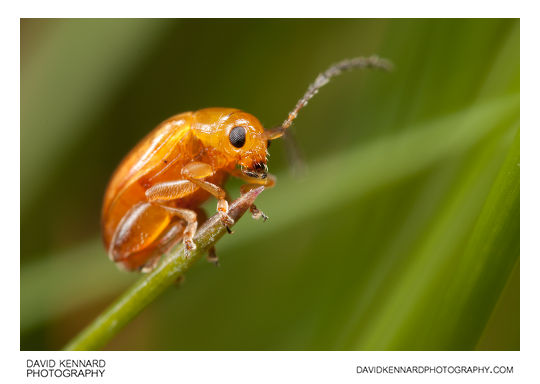 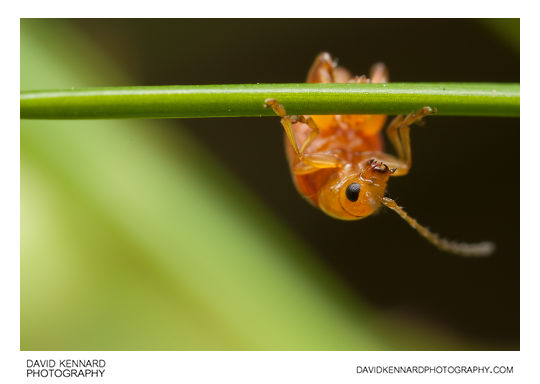 There are two main problems I find in photographing Longitarsus jacobaeae (the Tansy Ragwort Flea Beetle):

I quite like this shot, the beetle is actually walking, but with his leg up, looks a bit like he is waving: 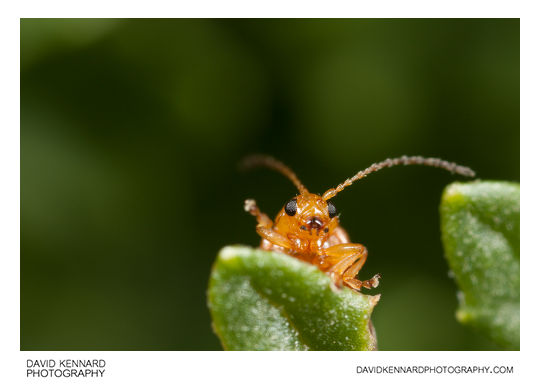 I won't bother posting the details of the flash diffuser comparisons I took these photos for, as I ran an updated comparison of diffusers for the MT-24EX Macro Twin Flash this year, making the 2009 comparison I did obsolete.

Tags: Canon MP-E 65mm f/2.8 1-5x Macro, Canon MT-24EX Macro Twin Flash, Longitarsus jacobaeae
Posted in Macro & Close-up, Photos | No Comments »
This post: Longitarsus jacobaeae – Tansy Ragwort Flea Beetle
Last updated 2010/12/08 by Dave Kennard
You can follow any responses to this entry through the RSS 2.0 feed.
You can leave a response, or trackback from your own site.