The white balance with the IS-Pro seems to be a bit strange when processing the (visible light) photos in Adobe Camera RAW. I don't have the Fuji software, but I assume that would handle the files fine.

Here is a comparison between the IS-Pro and my Nikon D200, both set to Daylight white balance in camera and shooting RAW. With the white balance setting in ACR set to 'As shot', the Nikon image is quite a bit cooler than the Fuji image. 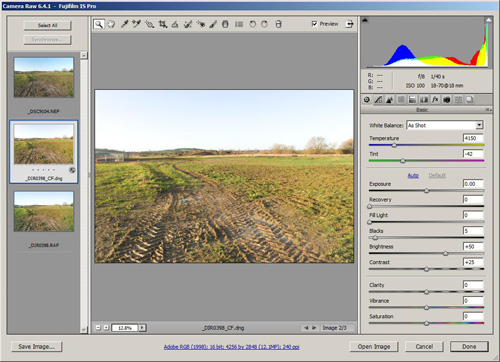 Now, if we use the ACR preset for Daylight, the Nikon image looks warmer, closer to the colour temperature of the Fuji with WB set to 'As shot'. However, the IS Pro image takes on a nasty red cast when using the ACR preset. Setting 'Auto' as the preset also has a similar effect. 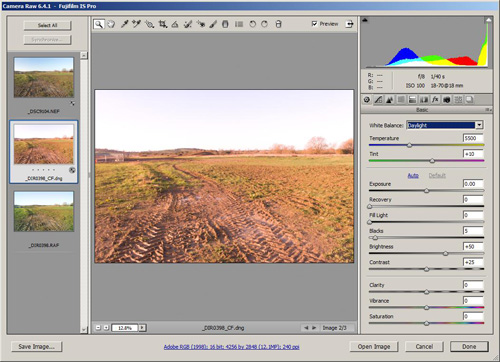 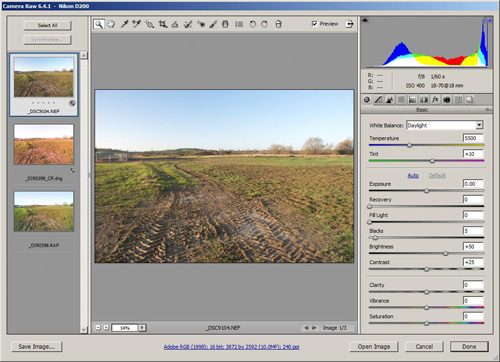 On the camera profile tab, the Nikon image has a large range of options, 'Adobe Standard' is the default, which was used on the image above. For the IS-Pro, the default camera profile is 'ACR 4.6', which was not available as an option for the D200 image. The only other option I have in the camera profiles for the Fuji is 'Fujifilm IS Pro Untitled Recipe', which is probably something I created and can't remember. It doesn't seem to be any different to the ACR 4.6 profile anyway.

The IS-Pro image above has been converted to DNG and run through CornerFix. However, this is not causing any problem with the white balance settings as the RAF files display the same effects.

So, for adjusting white balance of Fuji IS-Pro photos shot with a UV-IR cut filter, and processing through ACR, you need to either:

Tags: Adobe Camera RAW, B+W 486 UV-IR Cut filter, Fuji IS Pro, White Balance
Posted in Reviews and info | No Comments »
This post: Fuji IS-Pro white balance settings and ACR
Last updated 2011/12/22 by Dave Kennard
You can follow any responses to this entry through the RSS 2.0 feed.
You can leave a response, or trackback from your own site.