Most converted IR cameras have the infrared filter built into the camera (replacing the IR cut filter), so you can use any lens on the camera without having to worry about adding an IR filter. But with a full spectrum camera like the Fuji IS Pro you don't have this luxury.

The majority of lenses allow an infrared filter to be mounted to the front, but there are some ultra-wide lenses that don't have front filter threads. This is where rear mounted gelatin filters come in. Some lenses actually have rear filter holders, where you can slip in a gelatin filter (cut to size).

I wanted to try this with my Tokina 10-17mm fisheye lens, which doesn't accept filters at the front, and doesn't have a rear gel filter holder either. As well as this, I don't have any infrared gelatin filters (they are available on ebay, but are quite expensive).

So I tried cutting a piece of Lee 182 'Light Red', which is meant for filtering lights / flash. Then I used small bits of double-sided sticky tape to the rear of lens, and attached the filter. 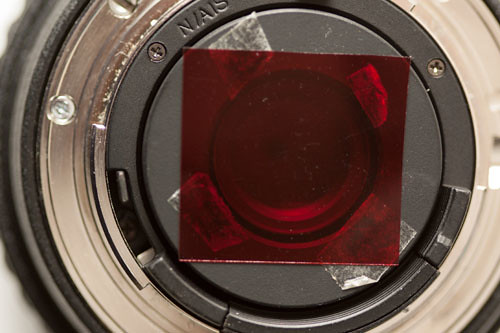 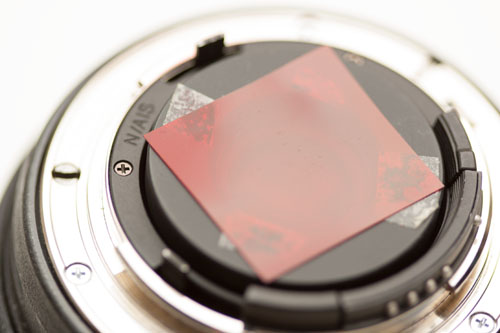 Then I went out on a walk, and it does seem to work. 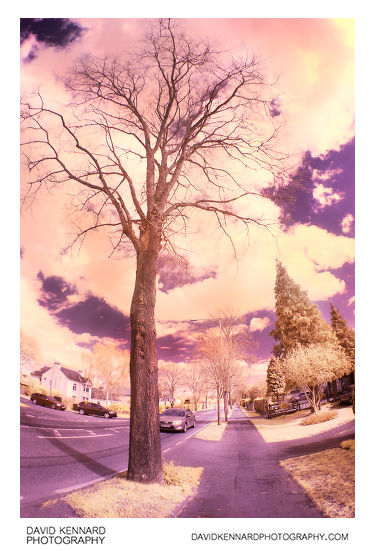 I'm pretty sure it would be better using a proper optical gelatin filter, as the Lee filters are only designed for lighting. I haven't done a direct comparison compared to the Cokin P Hitech 85 resin filter I normally use, but the photos with the flash gel do seem a bit soft when viewed at 100%.

Here is a 100% crop of the above image, no sharpening applied: (The car is blurred because it is moving). 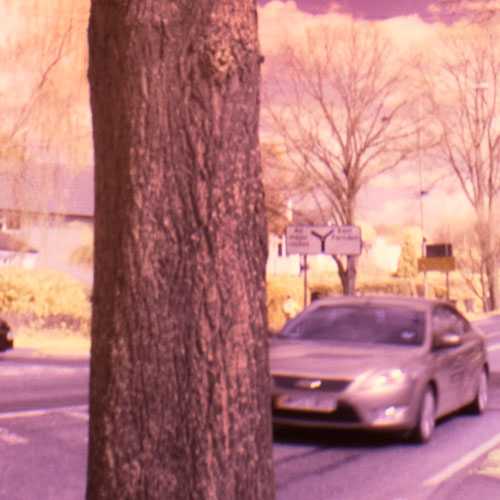 I used autofocus for these shots, and I think probably I should have used AF and then manually adjusted the focus nearer to compensate for IR focus shift. 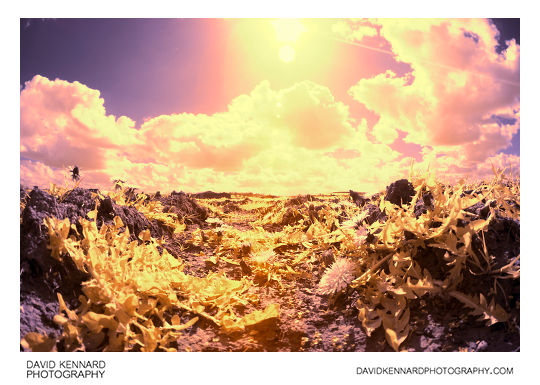 There is quite a bit of lens flare when shooting into the sun (not difficult with a fisheye lens). Some of the flare is in the form of a straight line, which is unusual. 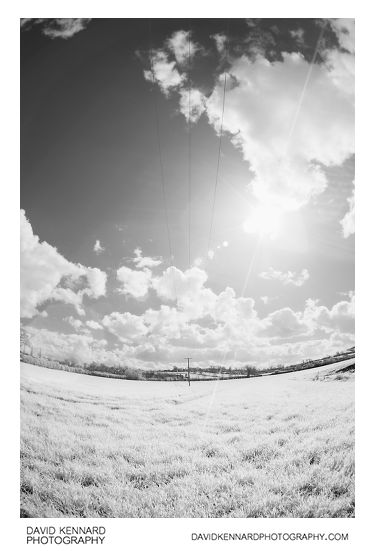 Using the red lighting filter, the camera should capture quite a bit more of the visible spectrum than it does with an IR filter. The good thing about using a red filter is that you can still see through the camera's viewfinder, with an IR filter attached it just looks black. 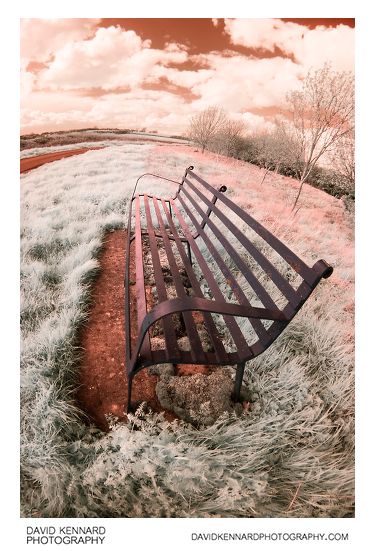 The photos are very low contrast (the same as with a proper IR filter on the IS Pro). These images have had a big contrast boost in processing. 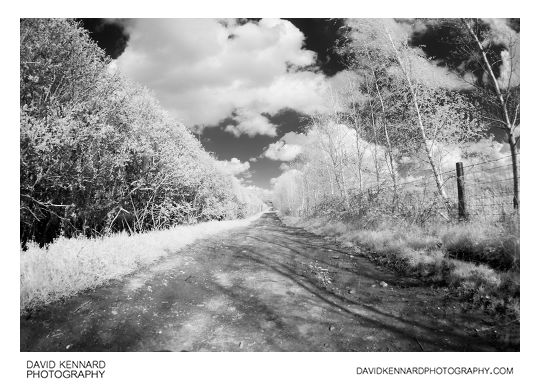 I also adjusted the white balance, and played around with channel mixer for some of the images. 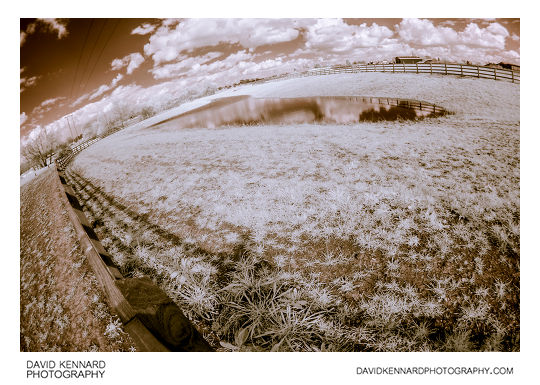 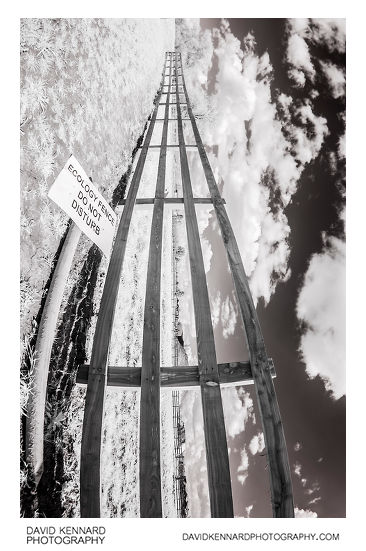 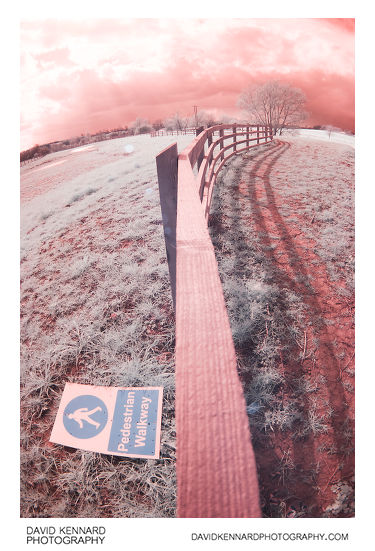 If the sticky tape came loose it could cause quite a problem inside the camera, but I guess it is a chance you have to be willing to take. Hopefully some Kodak Wratten IR gelatin filters will be listed on ebay at some point at a cheaper price, then I can buy one of those, which should give a better quality image than the flash filter.

Tags: Fuji IS Pro, Infrared Photography, Tokina AF 10-17mm f/3.5-4.5 AT-X DX Fisheye zoom lens
Posted in Photography Tutorials, Photos | No Comments »
This post: IR with the Fuji IS Pro and lenses that don’t accept filters
Last updated 2012/04/18 by Dave Kennard
You can follow any responses to this entry through the RSS 2.0 feed.
You can leave a response, or trackback from your own site.