I wrote previously about my experience with a cheap Chinese Nikon G to Canon EF mount adapter to allow using Nikon mount lenses without an aperture ring on Canon DSLRs. You can read that post here: Notes on the Canon 5D MkII, with Nikon G to EOS adapter and Tokina 10-17mm fisheye.

Since I was happy with that adapter, I bought a Nikon AI to Canon EF mount adapter from the same seller. I wanted to use the AI adapter on my Nikon 50mm/1.4 D lens (which has an aperture ring), and keep the G adapter on my Tokina fisheye. The G adapter does work on both lenses, but swapping the adapter between the lenses each time you want to change lenses is quite inconvenient. So an adapter for each lens made sense. 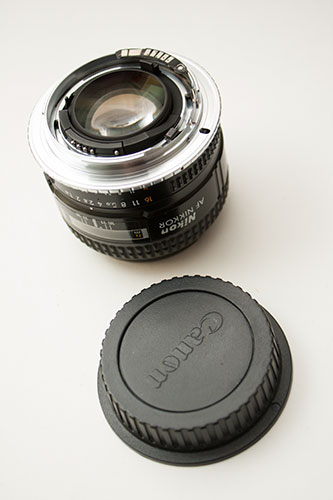 When I received the AI adapter, I noticed that the 50mm lens could be focused past infinity with the adapter. So I decided to test the AI adapter against the G adapter.

With the AI adapter, I purchased it with the the chip attached. I didn't mind that the focal length and aperture was fixed, since this was correct for the lens I wanted to use it with. However, when I received the adapter, I found that you can't change the aperture on the camera at all.

There are two reasons why you might want to change the aperture on the camera:

Neither of these are really bad problems for me, but I would like to have the ability to set the aperture on the camera available. The chip I purchased to use with the G adapter does allow this.

The other problem is that the liveview preview is often really dark. I use liveview for focusing, so this is annoying for me. I think this must be down to the chip included with the adapter as well. This means that:

I tested the two adapters against each other to see how they compare with regards to infinity focus on my Nikon 50mm/1.4 D lens. (This test was actually done in June if you're wondering why the wheat in the photo is green).

I took two photos using the lens with the AI adapter - one at the infinity mark on the lens, and one manually focused using liveview so that infinity appeared in focus in the centre of the image. Then I took one photo using the lens with the G adapter, with the focus set to the infinity mark on the lens. If you would like to compare these images yourself, you can download the RAW files here: MG_9677-9.CR2.zip (73.1MB). 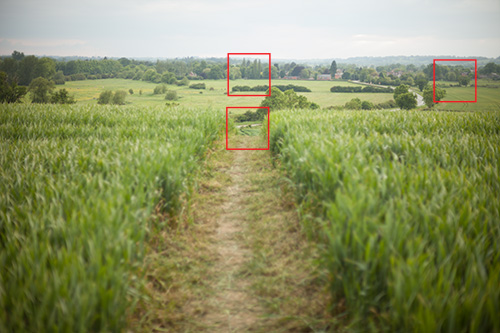 Image showing where crops come from 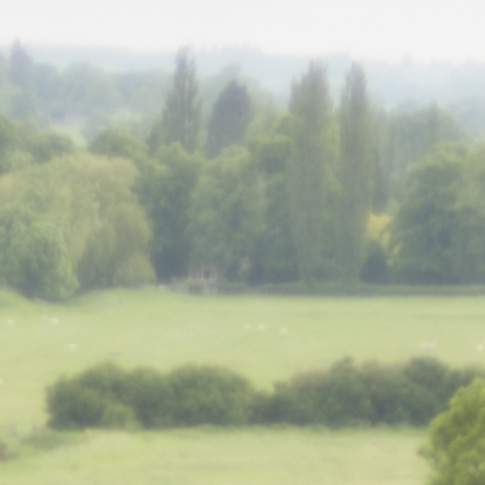 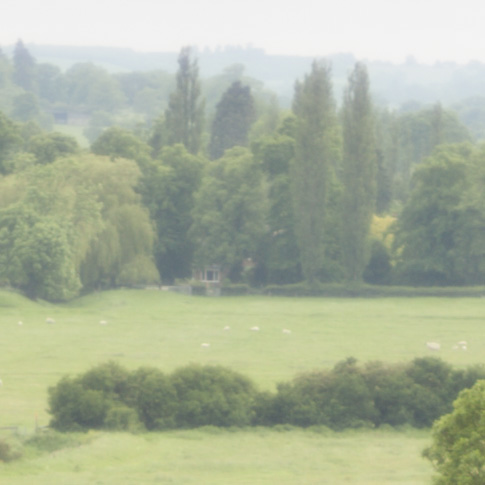 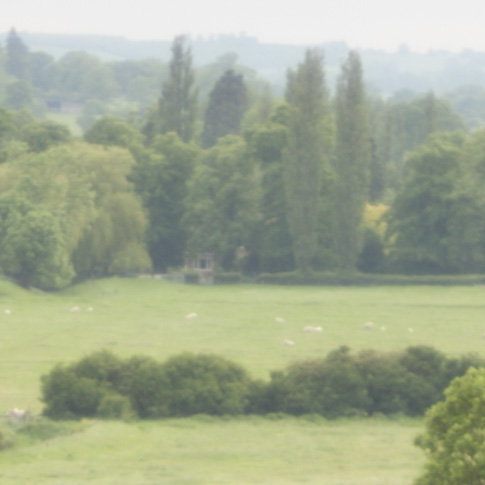 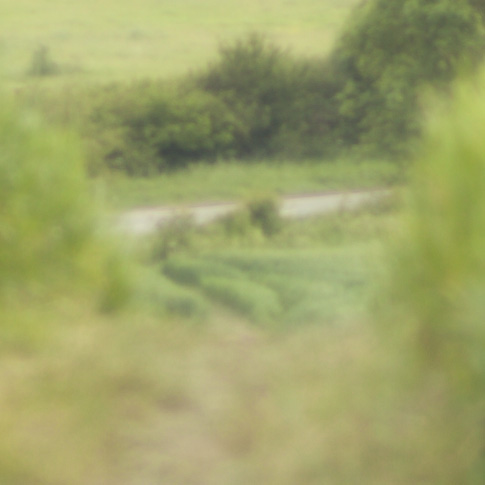 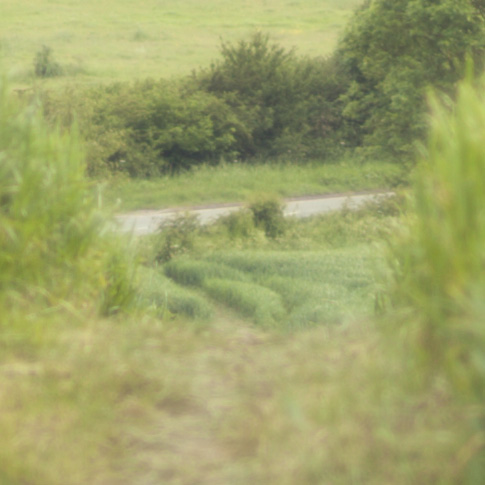 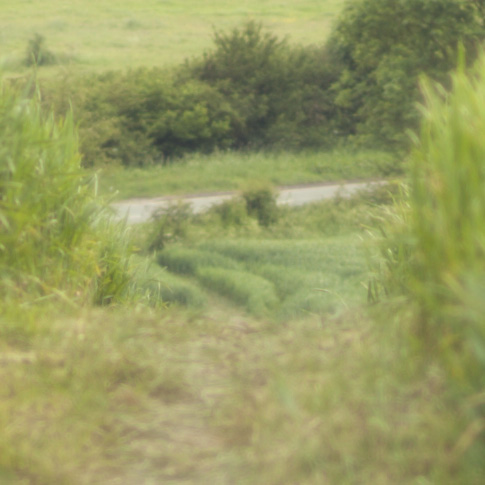 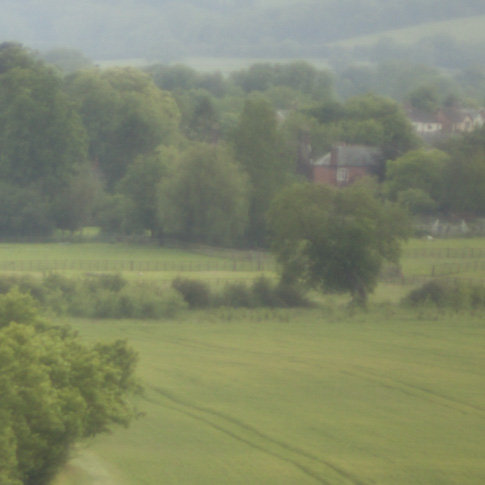 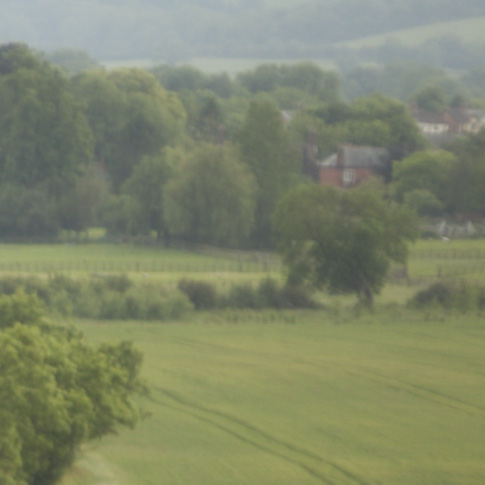 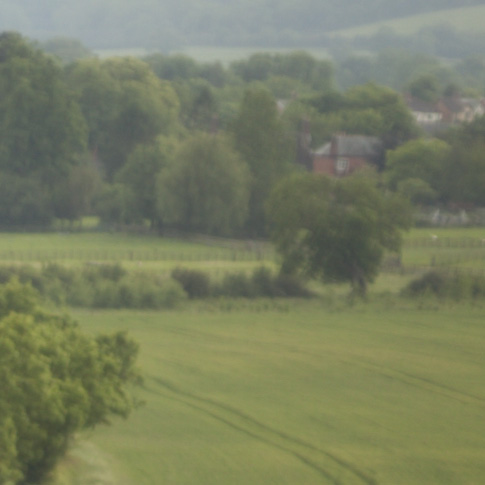 From this test we can see a number of things. First, the AI adapter is too thin, so the lens focuses further away at infinity than it should. Secondly, the G adapter seems slightly too thick, with the lens at the infinity mark, focus is a bit in front of infinity.

Although the Nikon G to Canon EF adapter is slightly too thick with the Nikon 50mm/1.4 lens, it seems to work okay on my Nikon 70-300mm/4.5-5.6 G lens. On this lens infinity seemed to be in the middle of or just before the middle of the infinity mark (the lens actually focuses past infinity).

Infinity focus is achieved correctly on my fisheye lens with the Nikon G adapter. But depth of field is so large that an adapter would have to be quite out of tolerance for infinity not to be achievable on this lens.

Unfortunately, since the 70-300mm lens is a G lens, this meant that I couldn't test the AI adapter on it to see how it compared. The 50mm/1.4 D is the only lens I own that the AI adapter can be used with.

The Nikon G to Canon EF mount adapter I purchased works fine on my G type lenses (Tokina 10-17mm fisheye and Nikon 70-300mm VR). However, it doesn't work so well with the 50mm D type lens as it cannot achieve infinity focus.

The Nikon AI adapter allows infinity focus with the 50mm D lens, but the dandelion chip on the adapter is rubbish. If you are looking to purchase a cheap Nikon F mount to Canon EF mount adapter, I would recommend purchasing an unchipped one. You can always install a good chip yourself if you want (though it's not particularly easy to get the positioning right).