When I got my first DSLR (the Nikon D200) I had to decide on a Quick Release system to go with. After much research I decided on the Arca Swiss system, which is probably the most popular QR system.

The main issue is the use of locking pins on the heads / clamps. These are small pins that are designed to hold the plate in in place, so that if you accidentally start opening the clamp without holding onto your camera, the camera won't slip out of the clamp and crash to the ground. 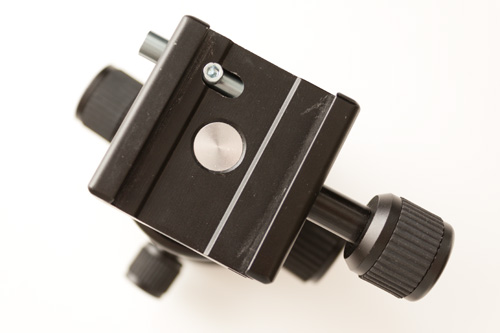 The above photo shows my KS-1 no-name ball head, which has a small metal locking pin. Below is the bottom of a standard arca-swiss compatible quick release plate. 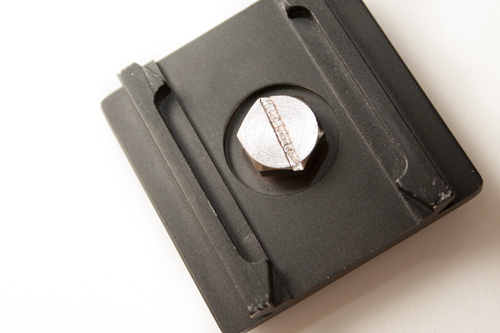 The plate slides into the clamp on the ball head, and the (spring loaded) locking pin of the ball head grips into the indent on the QR plate rail. This secures the plate so it won't come loose when the clamp isn't tightened fully.

The KS-1 ball head has a plunger attached to the locking pin, so this can be pushed in to move the locking pin out into the central 'channel' of the plate. This allows the plate to be quickly and easily removed without having to fully loosen the clamp. 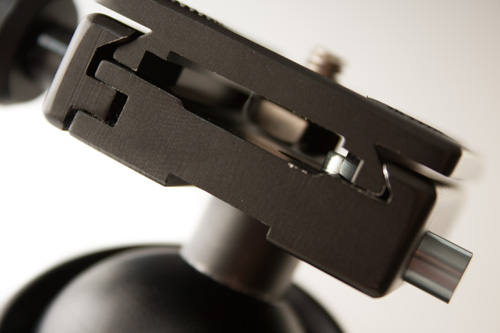 The clamp I bought for my pano head has a bottom-spring loaded pin in around the same position as the KS-1 ball head. This locks the plate in place okay, but there is no way to retract or move the pin, so removing the plate requires fully undoing the clamp. Not quite as convenient, but not a big problem.

My Markins ball head has a bottom spring-loaded pin, which is located in the centre of the clamp 'channel'. This means that it secures the camera in one direction only. The pin will stop the plate from falling out of the loosened clamp because it is in the way of the screw at the bottom of the plate. 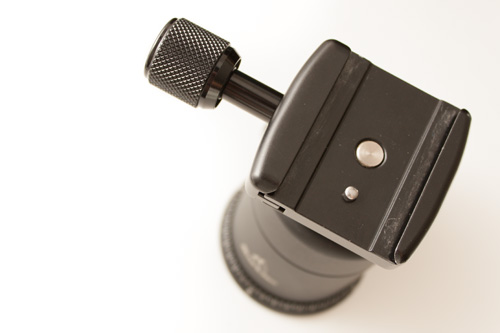 Now the real problem with these locking or safety pins comes when you get an arca-swiss compatible quick release plate that has a solid edge. 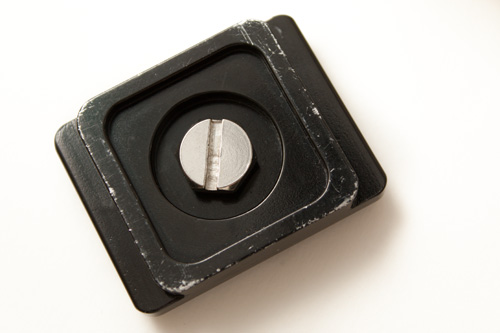 With the KS-1 ball head, there is no way to properly mount a quick release plate like this on the head. The best you can do is sliding it up to the locking pin, and then tightening the clamp with the plate not fully centred in the clamp. 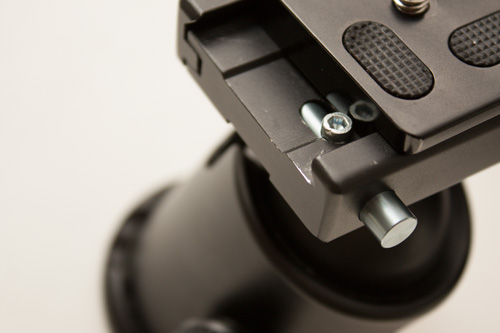 In theory you should be able to loosen the clamp fully, and then slide the QR plate in at an angle to mount it properly. But the clamp on the KS-1 ball head does not open far enough to allow this.

The Markins ball head has the same issue in mounting and unmounting the quick release plates with solid edges. However, the clamp on the Markins does open wide enough to allow slipping the plates in at an angle to mount them properly. But this is not quite so convenient. 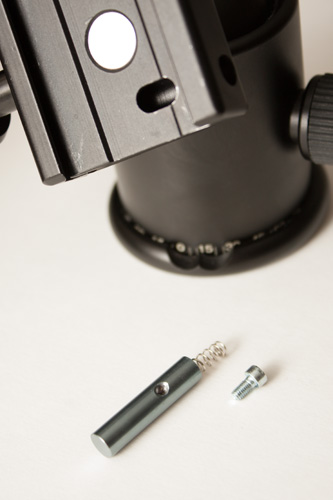 Another issue I had was with an arca-swiss compatible quick release plate I purchased recently. This was sold as a PU60 plate, which it seems is designed for use with the Benro B2 ball head. The problem with this plate was that it has a screw at either end of the plate that extends down below the height of the plate. This meant I couldn't mount it on any of my arca-swiss compatible clamps / heads. It looks like the Benro ball head for which the plate is designed has a deeper central channel in the clamp that can accommodate these screws.

Again, these screws are meant to work with the Benro ball head to secure the plate in place when the clamp is not fully tightened. Luckily these screws can be removed (using an allen key), so the plate can be used in a standard arca swiss clamp. (The plate has a solid edge round it, so the clamp needs to have no locking pin as well.) 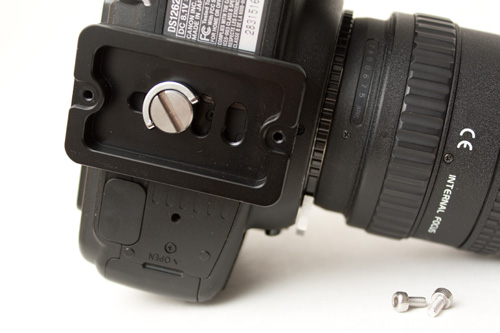 One of my arca-swiss compatible quick release plates is slightly smaller in terms of the width of the rails that fit into the clamp. The clamp on my KS-1 ball head does not tighten far enough to clamp securely onto this plate.

Another thing to be aware of when looking at purchasing an arca-swiss compatible quick release clamp to add to an existing head, is to make sure that you can attach it. I accidentally purchased a QR clamp that has no screw thread in the centre, and so no way to attach it to anything. (I believe it is actually intended to replace a clamp on an existing ball head. How you would remove an existing clamp and add the new one I have no idea though.)

So, if you are looking at buying into the arca-swiss compatible quick release system, you should make sure that any plates, clamps, heads etc. really are compatible with each other. Otherwise be prepared to remove the safety locking pins to allow compatibility. (Which isn't too difficult really).

Posted in Reviews and info | 2 Comments »
This post: Arca-Swiss compatible Quick Release system compatibility
Last updated 2012/11/17 by Dave Kennard
You can follow any responses to this entry through the RSS 2.0 feed.
You can leave a response, or trackback from your own site.