Using a monopod as a tripod boom arm

Recently I decided to try out doing some Meet your neighbours field studio style photography. This involves photographing wild flora and fauna with a white background, in the field rather than indoors. 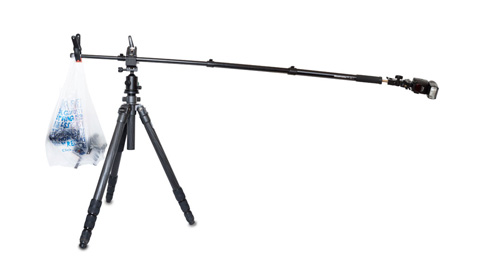 The method is quite simple. A quick release plate is attached to a Super Clamp. This allows mounting the super clamp on the tripod head. Then the clamp can clamp onto the monopod to hold it horizontally.

The monopod can be extended to adjust the boom length. And it can easily be rotated or tilted since the clamp is mounted on the ball head. On the other end of the monopod you need to hang a counterweight.

In my case, I have a Manfrotto 037 stud for my super clamp. This is a male stud. So I had to remove the screw from the quick release plate, and then screw the plate onto the stud in the clamp. 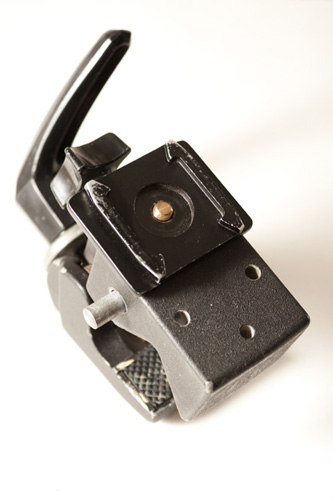 When I later tried to remove the plate from the stud, it was very difficult to remove. So I think using a Manfrotto 066 female stud in the super clamp and attaching the QR plate normally would be much better.

A monopod is not designed to hold weight in this way. When I had the bottom end fully extended with the counterweight on it, I could see that that section was not straight with the rest of the monopod. Shortening the section (as in the photo) removed the problem.

In conclusion, while this idea may work, I suspect that in most cases a real boom arm would be much better. I've ordered a relatively cheap one on eBay, so I'll see how it goes.

Tags: Boom arm, Monopod
Posted in Photography Tutorials | No Comments »
This post: Using a monopod as a tripod boom arm
Last updated 2013/07/10 by Dave Kennard
You can follow any responses to this entry through the RSS 2.0 feed.
You can leave a response, or trackback from your own site.