Quite a while ago I bought a Kodak 1A Pocket Jr. folding bellows camera from eBay. My main intention was to just remove the bellows from the camera, and then use them with a medium format lens on my DSLR for a cheap tilt / shift lens.

I haven't got quite that far yet. However, I have modified the bellows and lens assembly from the Pocket Jr. to fit my DSLR. 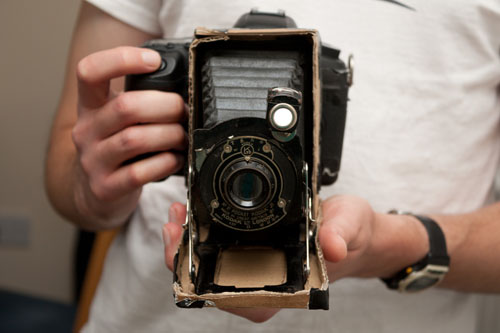 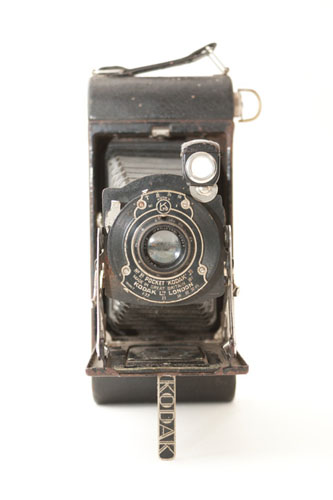 The original camera for comparison 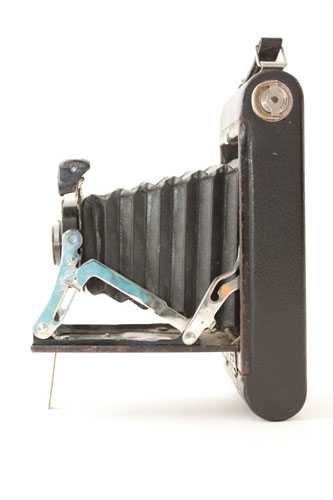 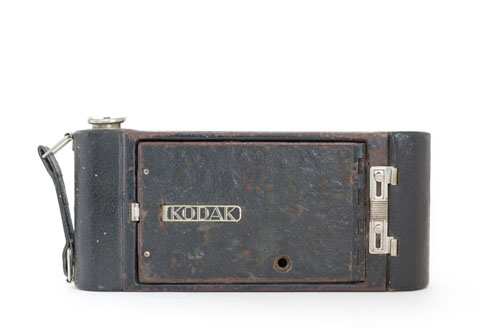 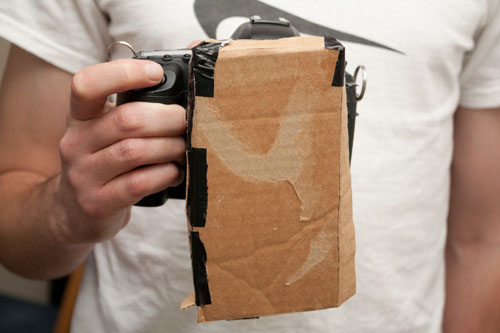 After modification in closed position

I'm pretty sure the camera was sold as being in good condition, but actually the condition was quite bad. The metal body was very rusty underneath the black leather texture covering (which was peeling off). The lens was very dirty as well.

Due to the large size of the bellows compared to my DSLR and the fact that the DSLR bayonet mount requires twisting the whole thing to mount it, the rear of the bellows could not be mounted flush to the DSLR body. (The handgrip gets in the way in one direction, the viewfinder hump in the other).

So I glued the bellows to some corrugated card and built this up to a level where it could be mounted on the camera. I used an M42 to EF adapter glued on the back to allow mounting on my Canon DSLR.

The Kodak Pocket Jr. has a nice mechanism for sliding the bellows out of the camera when unfolding. I was not able to completely preserve this when converting the bellows.

The bellows now need to be slid out manually by hand. The distance between the sensor and lens with the bellows fully extended is larger on the DSLR than it was on the original camera. While this can be seen as a negative, it also allows closer focusing than would be possible with a Pocket Jr.

The lens is a Kodak Anastigmat f/7.7 131mm. This is quite a slow, long lens for a DSLR. The Kodak 1A Pocket Jr. used 116 format film, much larger than the 135 format of a 'full frame' DSLR. The crop factor is around 3x. So we are getting a much smaller crop on digital than the lens is designed to give.

I did open up the lens and clean it, but some of the dirt / fungus I couldn't get off. Despite being dirty, old, small, and only capturing a small crop from the lens, image quality isn't too bad.

All the photos are low in contrast. Shooting into the sun or tilting the lens can decrease contrast even more, likely caused by veiling flare. Some of these photos I've increased the contrast on. Just about all of them I tilted the lens. 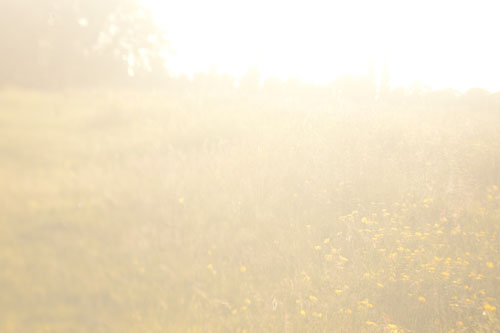 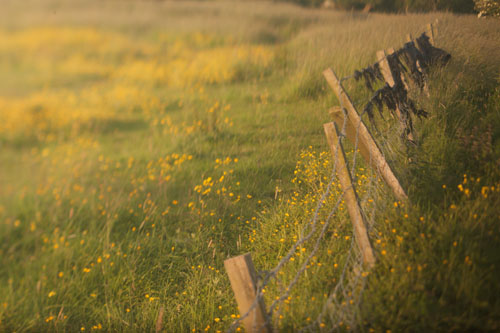 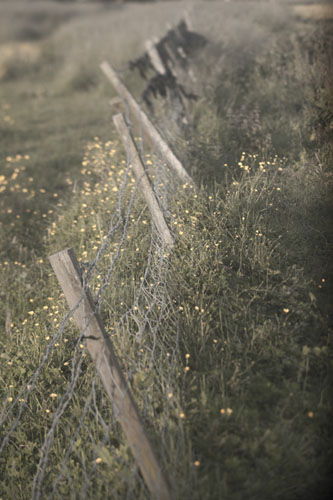 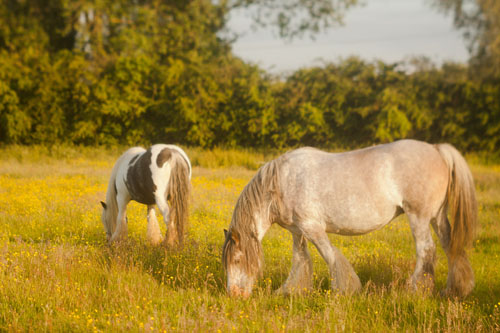 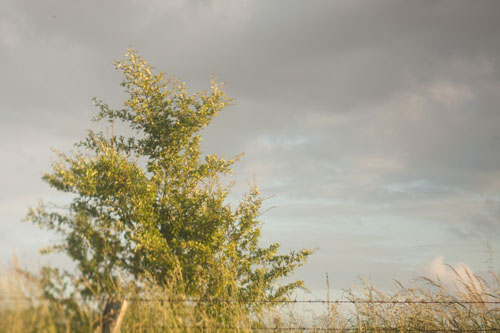 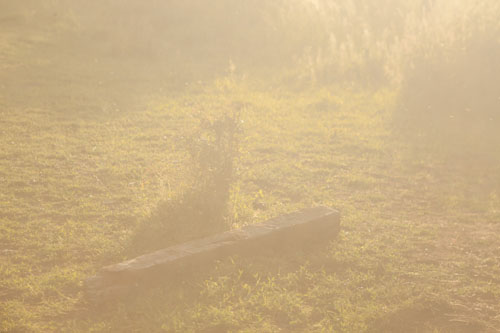 Due to the crop factor, the small viewfinder on the lens assembly (designed for holding the camera at waist or chest level) is pretty useless. It won't aid in focusing either. I used liveview for composing and focusing most of the images.

Possibly I might try using my Nexus 7 tablet mounted in the camera's hot shoe to allow using the camera at waist level.

Posted in Photos, Reviews and info | No Comments »
This post: Kodak 1A Pocket Jr. Digital Mod
Last updated 2013/07/14 by Dave Kennard
You can follow any responses to this entry through the RSS 2.0 feed.
You can leave a response, or trackback from your own site.