In this article I'll look at the use of enlarging lenses with the Fuji X system, and how you can build a custom adapter for infinity focus with shorter focal length enlarging lenses. The same process would also apply to other mirrorless camera systems. 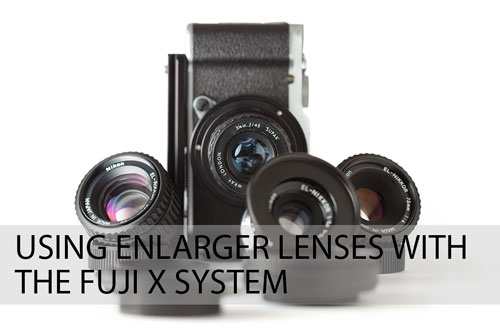 The Fuji X system has a short flange back distance. This is also common to other mirrorless interchangeable lens systems such as Sony's E and FE mount cameras, and micro four thirds cameras. The benefit of this is that it allows you to mount lenses closer to the sensor than you can with a DSLR.

One lens I was particularly interested in trying with my Fuji X cameras was the EL-Nikkor 50mm f/2.8 N. This is an enlarging lens, designed for making enlargements from film.

This lens has a M39 mount, which can easily have an adapter attached to convert it to a more usable M42 mount. However, you can't directly attach it to a DSLR with a mount convertor as the back of the lens extends too far back - it would hit the camera's mirror. Since the Fuji X cameras have no mirror, this is no longer an issue. 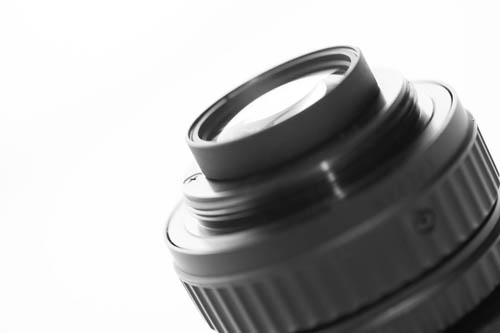 I purchased a Fuji X to M42 mount adapter with a built-in helical for use with the lens. (Enlarging lenses have no built-in focusing mechanism, so you must add a helical to allow focusing).

Unfortunately I found that with the adapter the maximum focal distance (with the helical fully retracted) was about 5 feet. For infinity focus, the lens obviously needed to be nearer the sensor than the 45.46mm of the M42 mount. 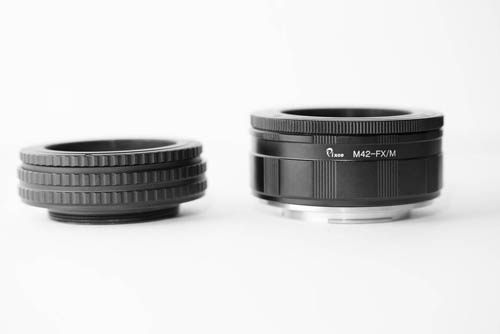 The only solution I could think of was to fashion my own M42 mount adapter with a shorter flange back distance. To do this I took a Fuji X mount 58mm reversing ring and a 52-42mm step-down ring and glued them together. This then provided an adapter with a Fuji X bayonet mount mount on one side, and a female M42 mount on the other. (Actually it has both a 52mm male thread and a female 42mm thread on the lens side). 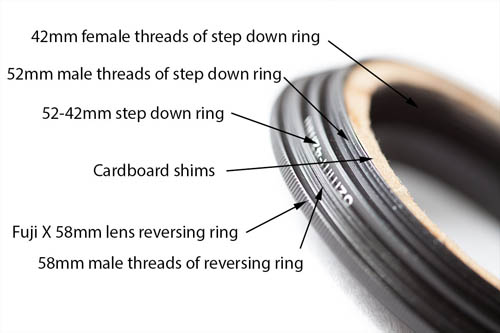 With the short adapter, I found that I could screw my 17-31mm M42 mount focusing helical into it. And then add the 50mm lens on the end of that, and achieve infinity focus.

Due to the design of the focusing helical I have, I had to add some cardboard rings to the adapter. Otherwise the helical screws into the adapter tightly when closed, but will be able to screw in further when it is extended (which leads to it becoming loose). 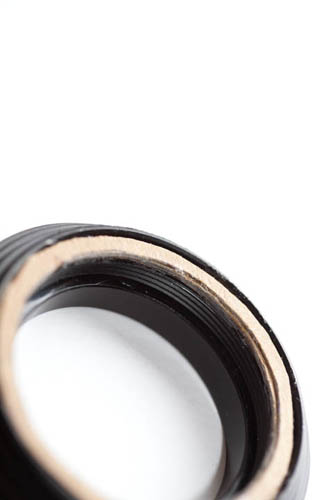 Inside of adapter showing M42 female threads and cardboard shims

The adapter with the 17-31mm helical when used with the 50mm EL-Nikkor gives a focusing range from slightly beyond infinity to slightly less than 1 foot. So it turns the 50mm enlarging lens into a standard 50mm lens. 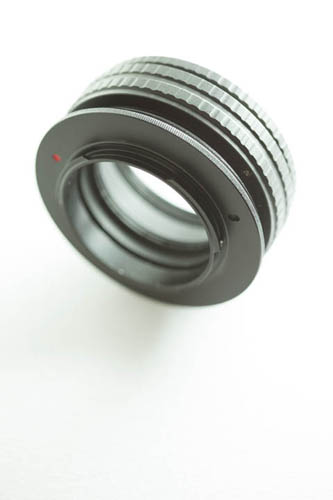 My 75mm and 80mm enlarging lenses are both usable on a DSLR, that is they both have a relatively large flange back distance for infinity focus. So this home-made adapter is not useful / needed for them.

For those lenses I can use the Fuji X to M42 helical adapter, plus the 17-31mm M42 helical. And then the helical still needs to be extended a bit to give infinity focus. This combination allows focus from beyond infinity down to a little less than one foot. 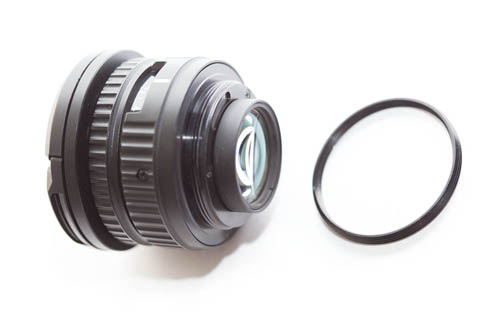 I did have a good reason for getting the 50mm enlarging lens working with infinity focus. This was that it is the shortest focal length lens I have that passes a reasonable amount of UV light. I was hoping that I might be able to do some UV landscape photography with it.

However, I have now discovered that the Fuji 27mm f/2.8 pancake lens passes a good amount of UV. More on that in a future post.

I tested the 50mm EL-Nikkor with my Fuji X-M1 UVIR in various configurations to see what the magnification was like. While infinity focus is important to me, close-focus ability is also important. 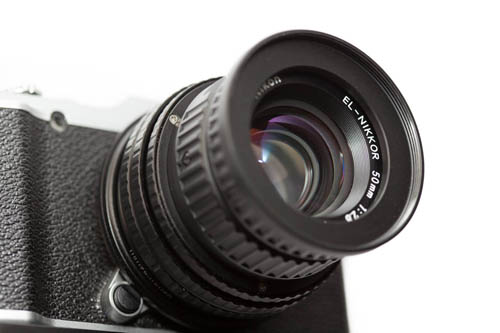 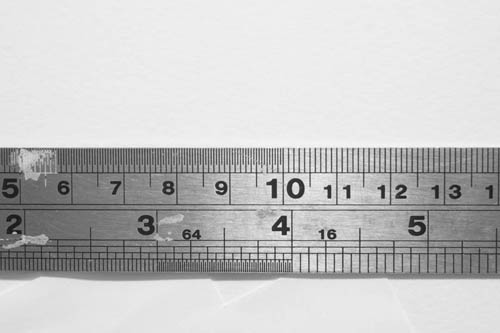 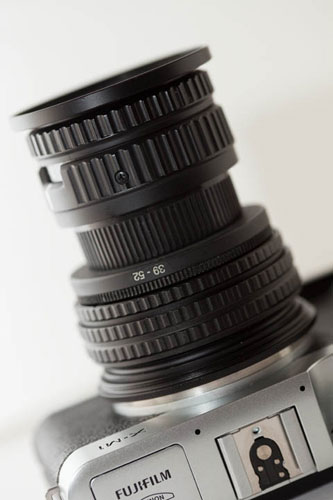 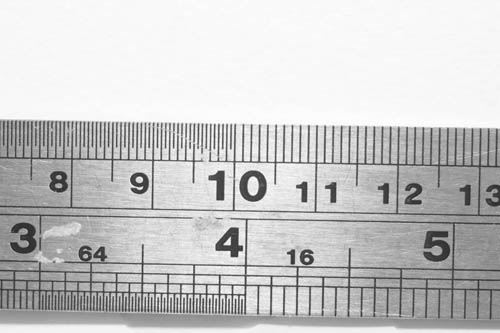 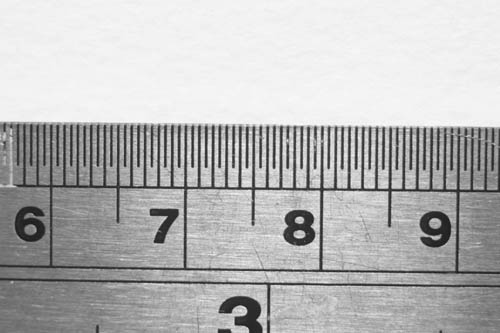 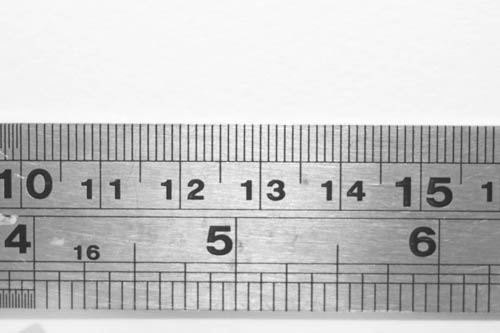 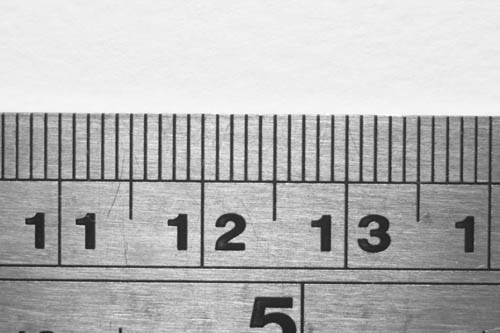 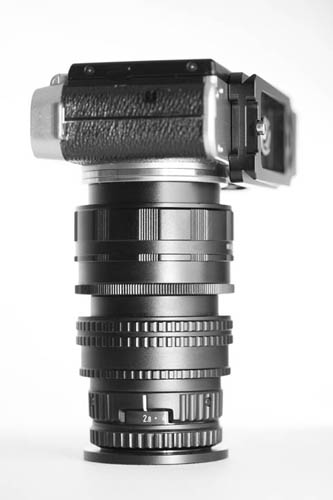 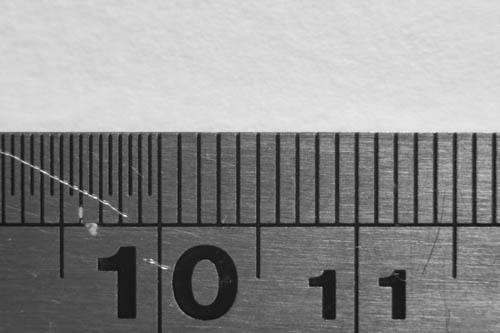 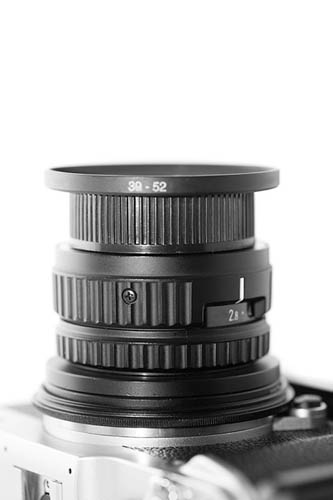 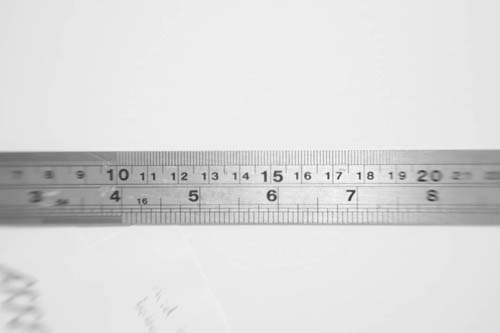 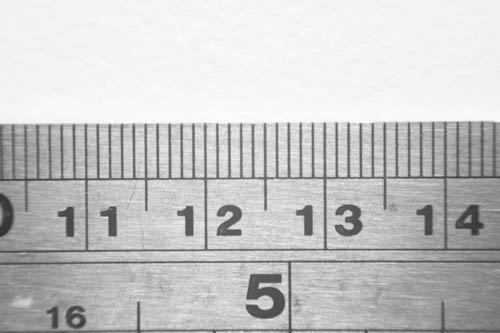 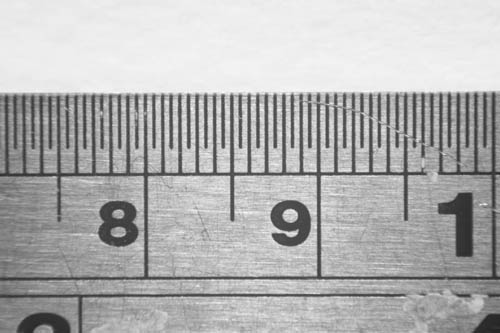 In my opinion the 50mm EL-Nikkor works quite well on a mirrorless system like the Fuji X series. The longer focal length enlarging lenses (75mm and up) I think are more suited to DSLR use. Yes, they will work on a mirrorless camera. But they need more extension than they do when used on a DSLR.

Enlarging lenses are quite small, but when you add on the focusing helical they can actually end up larger than a normal lens. Having said that, you can share the helical(s) amongst multiple enlarging lenses compared to normal lenses that all have their own helical built in.

In my opinion an enlarging lens with helical can be quite useful for doing close-up work. They can also be pressed into longer distance work when required. However, if you're just interested in getting a cheap standard lens that can focus to infinity, I'd suggest sticking with a normal lens rather than messing about with enlarging lenses.

Tags: EL-Nikkor, Enlarging lens, Fujifilm X-M1
Posted in Macro & Close-up, Photography Tutorials | 5 Comments »
This post: Using enlarger lenses with the Fuji X System
Last updated 2014/05/05 by Dave Kennard
You can follow any responses to this entry through the RSS 2.0 feed.
You can skip to the end and leave a response. Pinging is currently not allowed.

5 Responses to Using enlarger lenses with the Fuji X System