Once you go through Heungnyemun gate, you can see Geunjeongmun gate on the other side of the compound, over the Yeongjegyo Bridge: 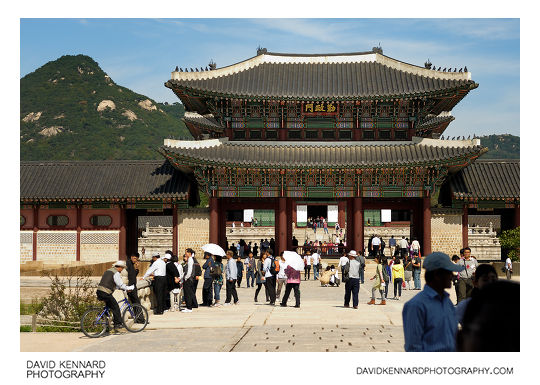 On the bridge they have these dragon sculptures at the end of the handrails: 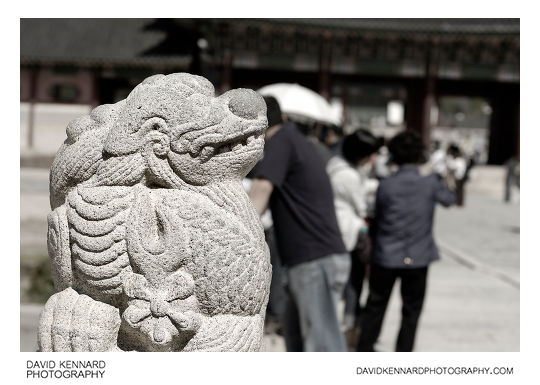 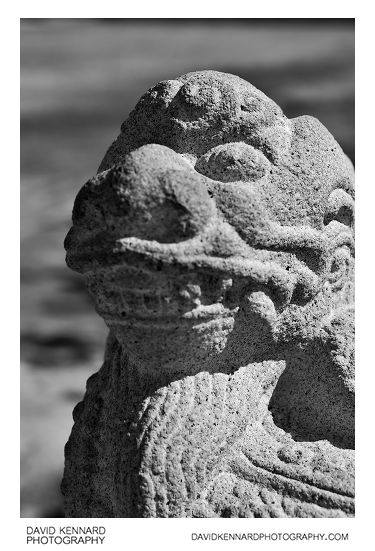 And from the bridge you can also see the Sanye sculptures, legendary creatures that guard the waterway and protect it from evil spirits. 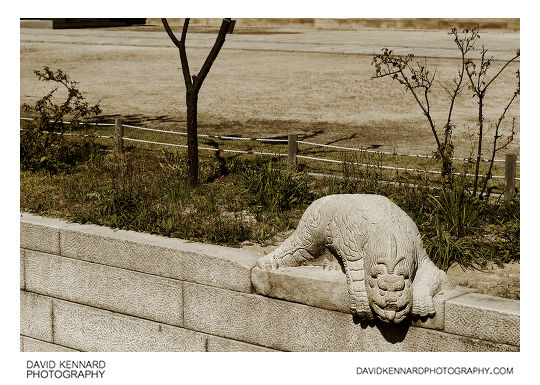 All Joseon palaces (and most other East Asian palaces) would have a stream running through them. 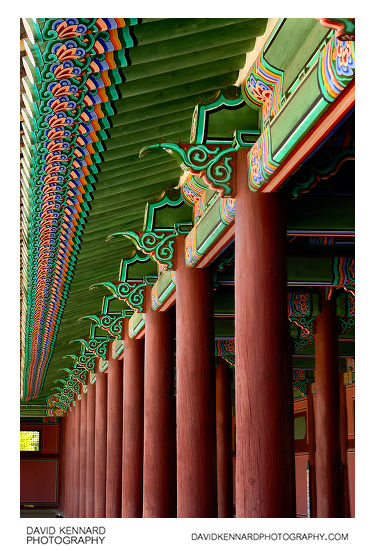 The large majority of the palace was only built recently, as the Korean Government embarks on a plan to rebuild cultural properties that were destroyed during the Japanese occupation (from the early 1900s until the end of WWII). The palace is being reconstructed as accurately as possible based on how it looked before the Japanese occupation.

Although many of the buildings haven't been reconstructed yet, Gyeongbokgung is still a large palace with lots of buildings to see.

Tags: Geumcheon Stream, Geunjeongmun Gate, Jongno-gu, Korea, Sanye, Seoul, Yeongjegyo Bridge
Posted in Photos | No Comments »
This post: Korea day 3 pt. 3 – Gyeongbokgung Palace
Last updated 2010/05/03 by Dave Kennard
You can follow any responses to this entry through the RSS 2.0 feed.
You can leave a response, or trackback from your own site.