After looking round inside the National Folk Museum of Korea, we decided to have a look round the grounds. Although the museum is located within the grounds of Gyeongbokgung palace, it is separated from the rest of the palace.

On top of the National Folk Museum of Korea building is a five storey pavilion, which is modelled after the Palsangjeon pagoda of Beopjusa Temple in Chungcheongbuk-do province. 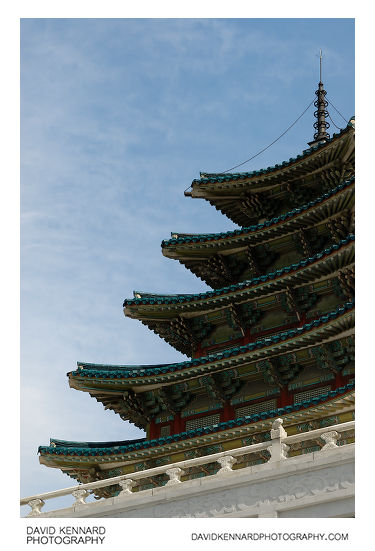 As far as I'm aware you can't actually visit the pagoda at all – it's just for display purposes. 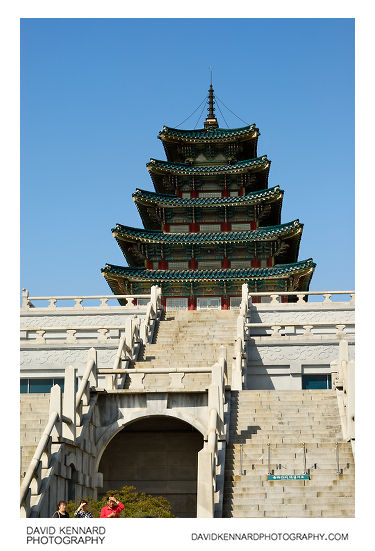 Near the museum building there is a circular area with twelve statues of anthropomorphic animals, representing the twelve animals of the Korean/Chinese zodiac. This one is the rat: 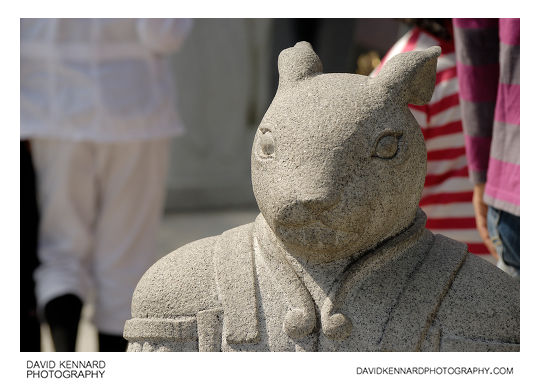 I took a pano outside the steps that lead up to the museum's roof. The steps are cordoned off, so you can't actually go up on the roof. 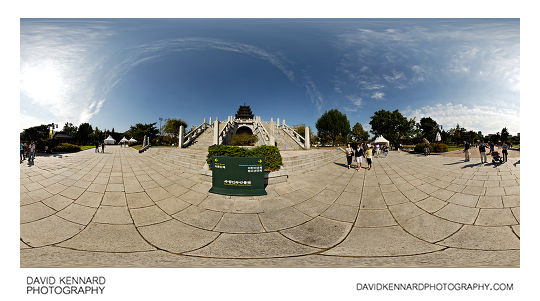 And I took another pano by some Jangseung spirit posts:

Then I took some photos of the Jangseung. Jangseung (장승) are wooden posts carved with faces that were placed at village boundaries to scare away evil spirits. 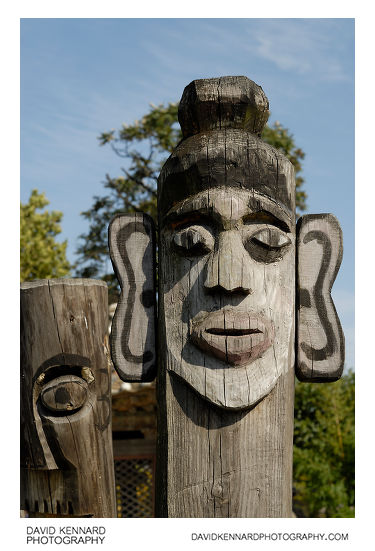