Tips for taking the nadir photo of a panorama

When taking photos for a 360° panorama, the nadir shot is the shot that looks straight down. Typically you remove the tripod from its position, then take the nadir shot handheld. In this article I'll cover some tips that I use when taking the nadir shots for my panoramas.

Take a down shot on the tripod

This can be partially fixed by using the Viewpoint correction in PTGUI. But this will also make any points at a lower or higher elevation than where the control points were placed even more out of sync.

Depending on how offset your handheld nadir shot was, you may also have problems with the nadir shot becoming overly stretched (and so soft) in certain points of the image.

The solution is to take a nadir shot with the camera still mounted on the panohead before you move the tripod, then take a normal handheld nadir shot as well. You now only need to worry about masking in the handheld nadir to cover the small area covered by the tripod.

Assuming you placed the tripod on a relatively flat surface, you don't have to worry about any bending verticals caused by viewpoint correction of the offset handheld nadir. And any stretching caused by the handheld nadir being offset should be limited because you only have a small area to patch. 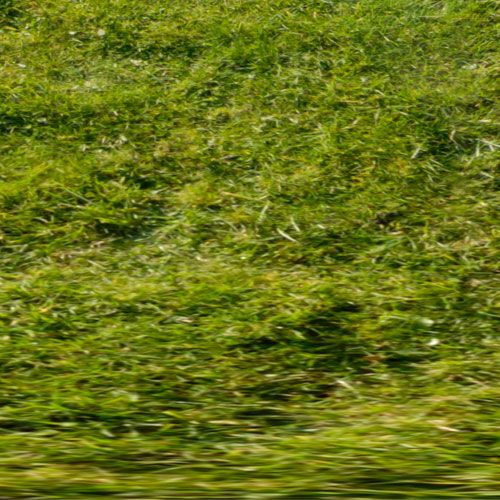 The handheld was offset in this instance, which has resulted in a stretching, and so blurring, of the nadir image when used to patch the panorama 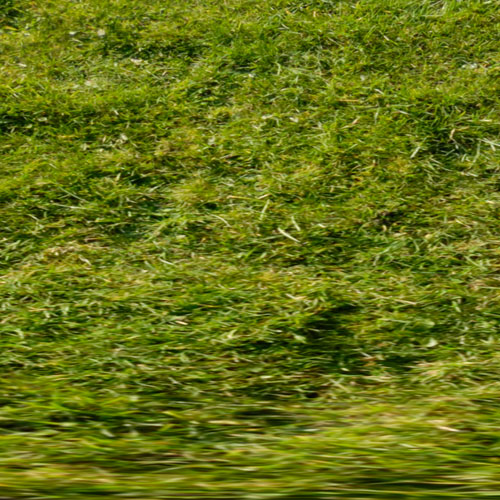 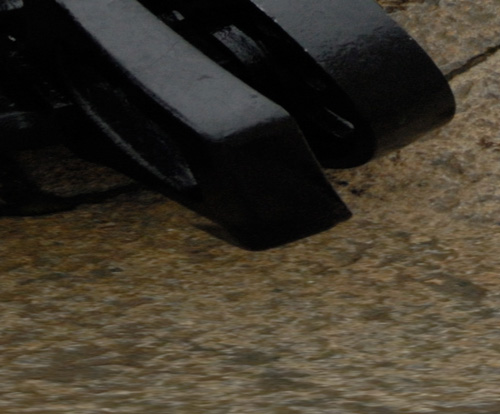 The handheld was slightly offset in this instance, viewpoint correction was used to correct for this, but this has resulted in a problem blending the bottom of the canon (the black object), which was at a higher elevation than the ground 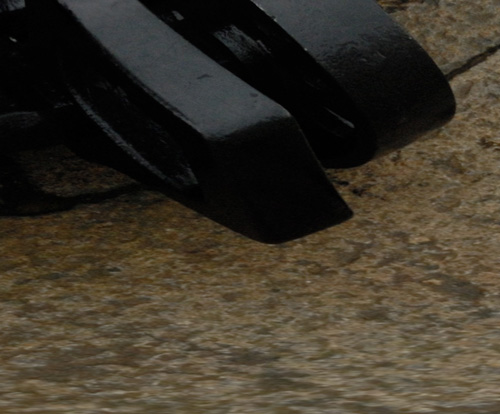 If we take a nadir shot down on the tripod, this means the canon bottom can be blended from this shot. The handheld nadir image is only needed to remove the small area where the tripod was standing.

This tip is only useful if you using a lens that doesn't have a wide enough FoV to already include the edges of the tripod in each 'around' image. If you are using a 10mm fisheye on an APS-C camera, or a 15mm/16mm/17mm fisheye on a full frame camera, the above tip should be useful.

Stand behind the arm of the pano head

When taking a nadir photo on the tripod, stand behind the arm of the panohead. This ensures that your feet aren't taking up any of the image, and you won't need to bother masking them out when putting the panorama together. 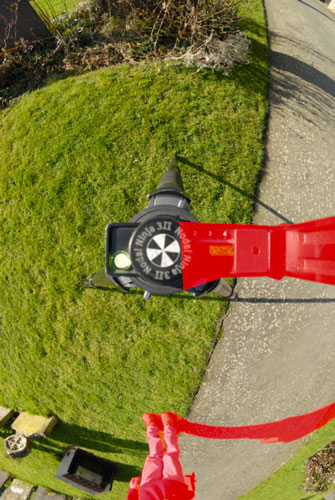 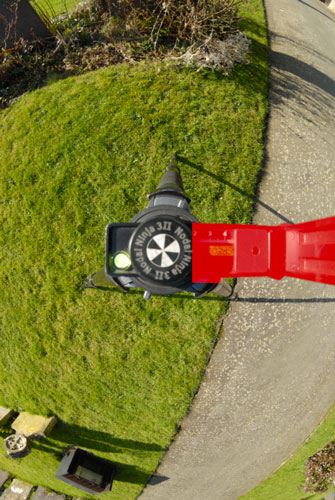 If you're wondering why the panohead arm and your feet should be masked out, this is to prevent them being included and blended in with the rest of the panorama. You can do the masking in Photoshop using an alpha channel (and saving as a TIFF file) or the latest version of PTGUI has built in masking tools.

Stand so your shadow doesn't go across the nadir

When taking the nadir shot, try and position yourself so that your shadow doesn't fall on the nadir area that you will need to patch. This will save you the job of having to clone out the shadow in Photoshop. 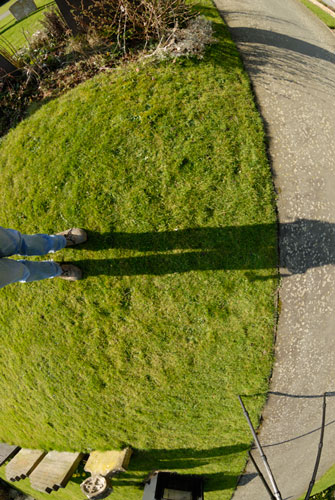 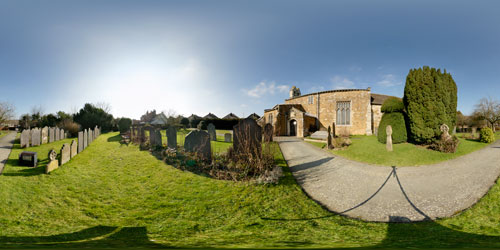 If you can't avoid your shadow being in the nadir, take two nadir shots from different positions so that your shadow will be in a different area in each image. Then use both nadir shots when processing the panorama, and mask in the areas from each shot to avoid any shadow.

If a slow shutter speed is needed, boost the ISO

I have some panoramas where the main images were taken at ISO100, and the handheld nadir at ISO800. When patched, I can't easily tell which section of the nadir was shot at ISO800 and which was shot at ISO100. This is with the D200 as well, results with more modern cameras would be even better. 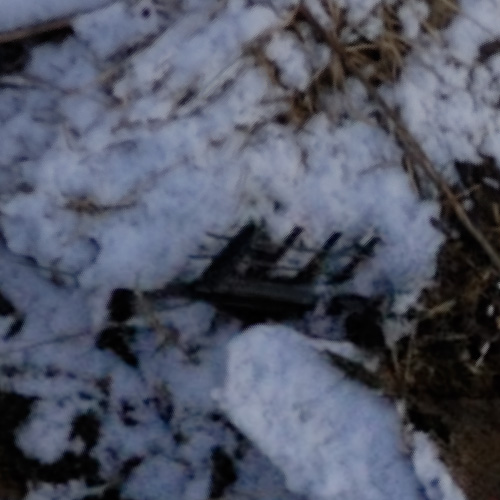 Crop of part of a nadir patch. The tripod images were taken using ISO100, while the handheld shot used for the patch was using ISO800. Can you tell? 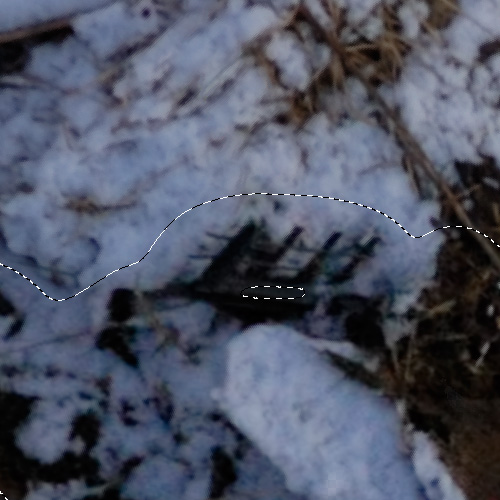 Here the ISO800 patch area is selected (the bottom half).

If the nadir has no texture, then likely noise would become visible. In this case you may be better just cloning or painting the nadir in using Photoshop.

If a really slow shutter speed is needed, take two offset shots on the tripod

When processing the panorama, you will need to apply viewpoint correction to both these shots. I would recommend you also take a down shot on the tripod without the tripod offset at all, as per the first tip in this article.

You can then mask out the tripod from each of the offset nadir shots, and end up with a clean nadir. 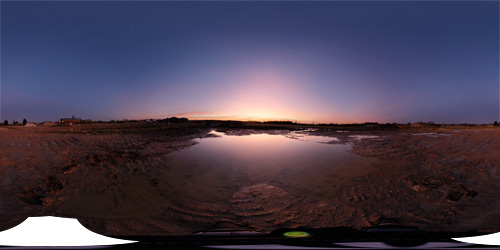 Panorama with nadir taken on tripod 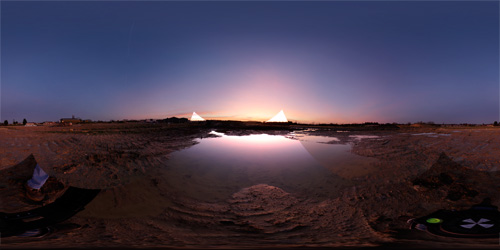 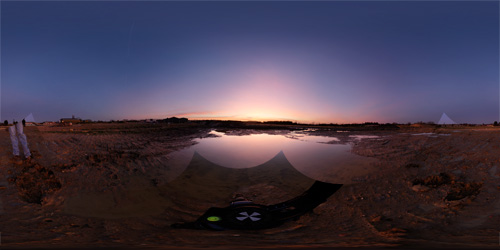 Image after patching with the offset nadir images

Hans Nyberg has a couple of pages on his website covering How to take a perfect NADIR image for spherical panoramas without taking the camera from the panohead, and How to take the Nadir.

If you have a tripod where the vertical column can be converted into a horizontal column, such as the Manfrotto 055XPRO, you can extend the horizontal column out. Offset the tripod so that the camera is kept in the same position as when the centre column was vertical, and you should be able to take the nadir photo on the tripod without the tripod getting in the way.

If you like taking 360° panoramas, then I hope this article has given you a few tips. I don't always remember to do these things myself, but then I kick myself when I have to spend time carefully cloning my shadow out of the nadir or something similar. Taking a little longer in the field can make for quite a bit less work when processing the panorama.

Tags: Panorama
Posted in Photography Tutorials | 1 Comment »
This post: Tips for taking the nadir photo of a panorama
Last updated 2012/03/03 by Dave Kennard
You can follow any responses to this entry through the RSS 2.0 feed.
You can leave a response, or trackback from your own site.