The other day I was looking through some photos from a few years ago, and I had quite a few fisheye portrait photos.

Now, I get the impression that most people don't like fisheye portrait photos, often dismissing them as gimmicky. However, while I would admit they are gimmicky, I quite like the effect. If nothing else, it's fun at least.

The specific setup I used for my fisheye portraits took quite a bit of experimenting to get 'right', so I thought I'd share the setup I used. 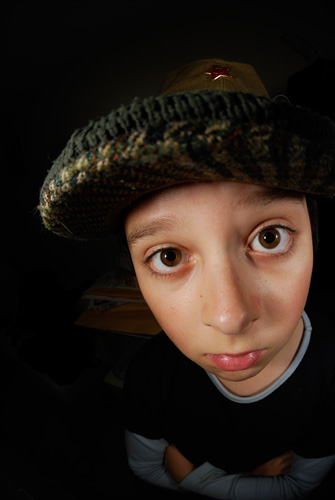 The main problem with using the fisheye as a portrait lens is that you have to get very close to your subject, sometimes sticking the lens just a few centimetres in front of their face. This will usually result in your subject's face not receiving a lot of light.

So you need to use some flash to add additional light to your subject's face. Unfortunately if you use the camera's pop-up flash, you'll end up with strange shadows cast by the nose. A single flash (speedlight) with a diffuser and either handheld or placed on a bracket can give better lighting.

But what I ended up with was a shoe-mounted flash (Nikon SB-800) with a puffer diffuser attached, and a secondary flash (another SB-800) positioned under the camera with a mini inflatable softbox. This was attached to the camera using a Wimberley shape shifter macro bracket. 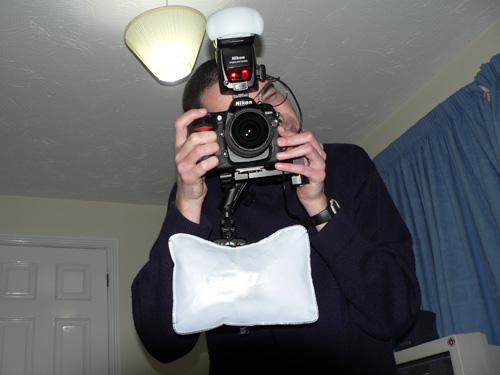 I found that the flash under the camera was not reliably triggered by the shoe mounted flash when using Nikon's infrared based wireless flash system. So the bottom flash is connected to the top one via a PC-sync cord, and both flashes put in manual mode.

Usually I would set the bottom flash at slightly lower power than the top flash. (I think, can't remember exactly after a few years since I last used this setup).

I expect that a ringflash adapter would work reasonably well for lighting fisheye portraits, but this setup was produced using only items I already had. 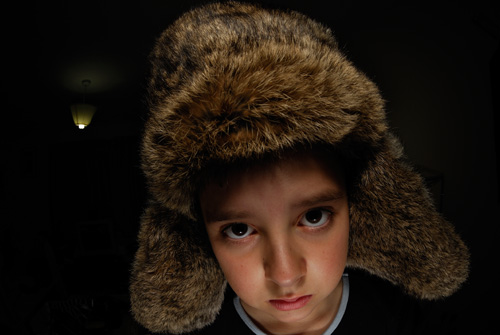 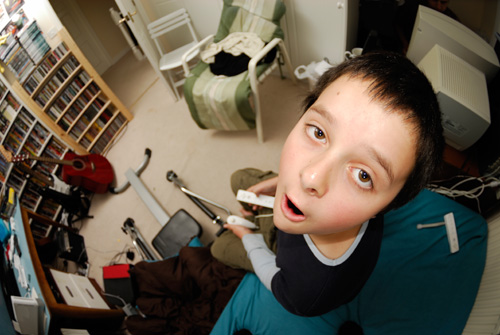 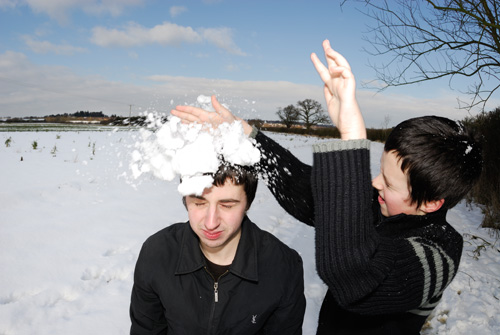 For example, in the photo above you can see the hand near the camera and the bits of snow moving towards the camera are over-exposed, while the rest of the photo is okay. 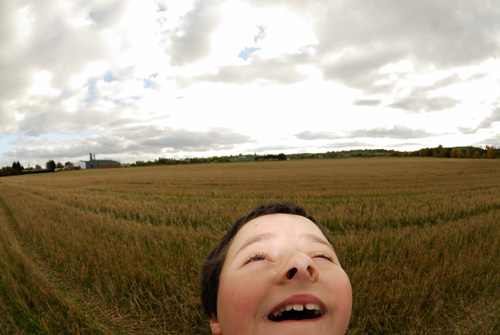 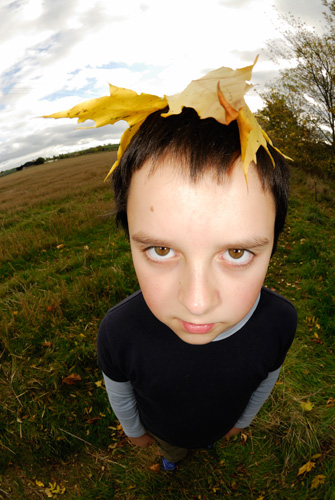 Tags: Tokina AF 10-17mm f/3.5-4.5 AT-X DX Fisheye zoom lens
Posted in Photography Tutorials, Photos | No Comments »
This post: Fisheye Portraits
Last updated 2011/09/21 by Dave Kennard
You can follow any responses to this entry through the RSS 2.0 feed.
You can leave a response, or trackback from your own site.