Through Yanguimun is Gyotaejeon, the Queen's living quarters. It might seem strange for the queen to have separate living quarters from the King, but King Sejong decided (when he getting on a bit) to carry out his executive duties from his living quarters (Gangnyeongjeon). So to let the Queen have a bit of peace and privacy from all the visiting officials, Sejong built Gyotaejeon for her. Gyotaejeon is one of the few buildings that you are allowed to enter.

Behind Gyotaejeon is Amisan Garden, which can be accessed via the Hamhyeongmun gate. I did try defishing this image to both equirectangular and rectilinear projections, but I prefer the fisheye version best.

Amisan Garden is named after Mount Emei, one of the four sacred Buddhist mountains of China. The garden and mountain are named '峨嵋山', 'Emeishan' in Chinese, or 'Amisan' in Korean. It is built on a mound of earth, created from the excavation of the nearby pond that surrounds Gyeonghoeru Pavilion. 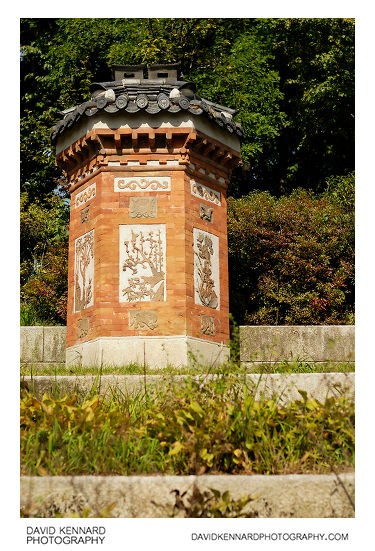 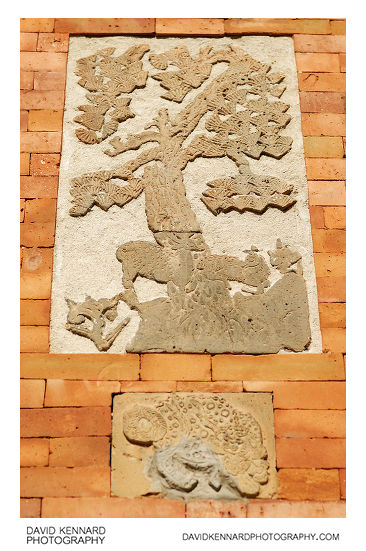 Tags: Amisan garden, Gyeongbokgung Palace, Gyotaejeon, Hamhyeongmun gate, Jongno-gu, Korea, Ondol, Seoul
Posted in Photos | No Comments »
This post: Korea day 3 pt. 6 – Gyeongbokgung Palace
Last updated 2010/05/05 by Dave Kennard
You can follow any responses to this entry through the RSS 2.0 feed.
You can leave a response, or trackback from your own site.