Recently I was looking for an umbrella holder that had a 1/4″ threaded screw on top rather than a cold shoe. The speedlight radio triggers I'm using at the moment have a female 1/4″ thread on the bottom, so they can't be attached to a standard umbrella holder.

Looking on eBay, I found what I was looking for under the title of Swivel Flash Hot Shoe Bracket Tripod Umbrella Holder Light Stand Adapter C-Type

. In this post I'll cover how the item works, and whether it's any good. 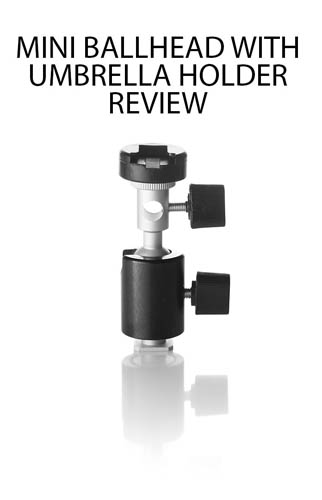 I purchased mine from the seller 99ck

for £2.61 including postage, shipped from Hong Kong. It took about 10 days to arrive here in the UK. The item includes the ballhead, which has a hole through the column attached on top of the ball, through which an umbrella can be inserted. The ballhead has a 3/8″ female thread at the bottom, and a male 1/4″ thread on top. 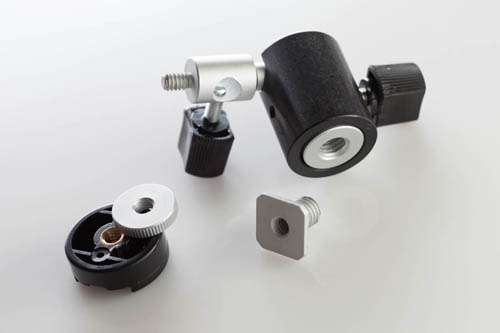 Also included is a foot adapter with a female 1/4″ thread on bottom and male 3/8″ thread on top. This can be screwed into the bottom of the ballhead, to allow mounting it on a 1/4″ male thread, or a shoe. I'm not sure why you'd want to mount it in a shoe, but you could if you wanted to. 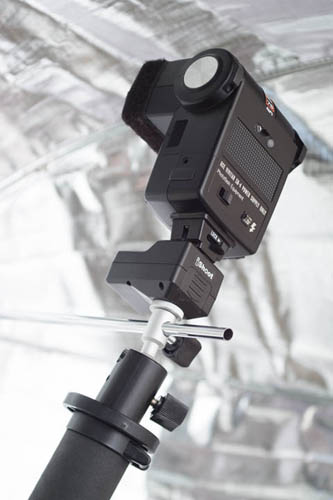 While the item does what I want (allows attaching a flash trigger with a screw thread in an umbrella), the ballhead is somewhat of a letdown. You have to tighten the screw very tightly to ensure the head will hold in position when a flash and umbrella are mounted. And even then, if you have the head at an angle and knock the stand or umbrella, it is easy to make the head slip.

I don't think it's that mini ballheads are rubbish by nature. I have an FLM Centerball 18 mini ballhead, and while that can't hold an umbrella, it feels like it works much better than this umbrella holder mini ballhead. Not that this mini ballhead is useless, just it could be better.

It's a shame really, because I would rather spend £10 or £15 for an item that works well than £2 for an item where corners have been cut just to save a few pence. Looking on eBay, there is another model of ballhead with umbrella holder, however it looks very much like the same model as mine, just with a separate control added for panning movement.

The model I purchased will do the job I needed it for, but if anyone knows of any better alternatives, I'd be interested to hear them.

Tags: Flash photography, Umbrella holder
Posted in Reviews and info | No Comments »
This post: Mini ballhead with umbrella holder Review
Last updated 2015/10/05 by Dave Kennard
You can follow any responses to this entry through the RSS 2.0 feed.
You can skip to the end and leave a response. Pinging is currently not allowed.